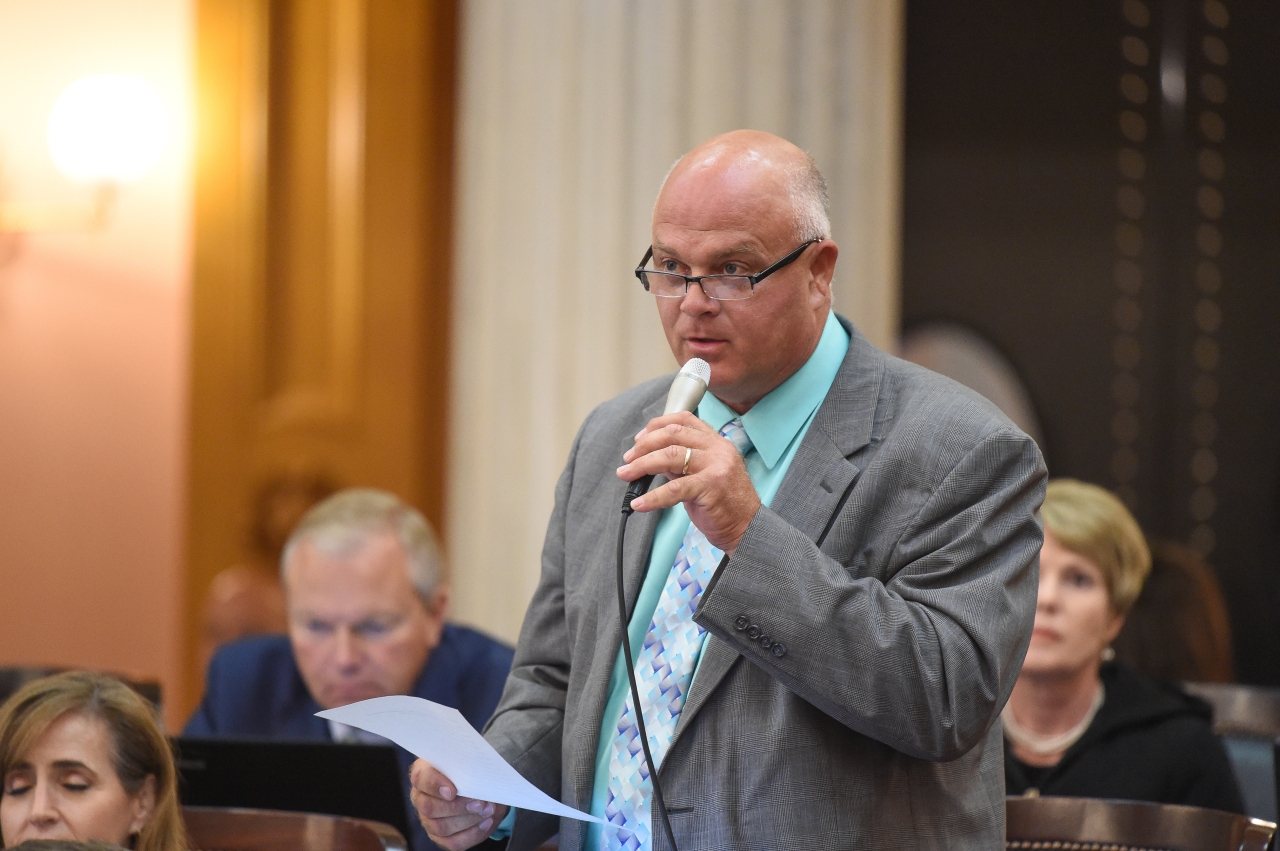 COLUMBUS—State Representative Brian Hill (R-Zanesville) today announced that the Ohio House has given its final approval on legislation he sponsored that updates current law regarding high volume commercial dog breeding in the state of Ohio.

House Bill 506 builds upon Ohio’s already strong regulatory framework for commercial dog breeding by altering the definition of a high volume dog breeder. Currently these breeders are defined as producing at least nine litters of puppies in any given calendar year and selling 60 or more adult dogs or puppies per year. Under this newly passed legislation, a high volume dog breeder will be defined as an establishment that keeps, houses, and maintains six or more breeding dogs and does one of the following: sells five or more adult dogs or puppies to a dog retailer per year; sells 40 or more puppies to the public in a calendar year; or keeps, at any given time in a calendar year, 40 or more puppies that are younger than four months, that are bred on the premises of the establishment, and that have primarily been kept from birth on the premises.

Rep. Hill applauded the collaboration that took place to ensure the bill’s passage, prompting support from interest groups proposing a ballot initiative on the topic and that have since opted to no longer push for these changes to the constitution because of the bill’s passage.

“I’m encouraged by the collaboration that took place by animal care providers and their efforts to step forward and accept the added regulations to their industry,” Rep. Hill said. “These changes will better demonstrate that caring for their puppies and breeding dogs is of the utmost importance to them just as it is to those that purchase these animals.”

In coordination with the Ohio Department of Agriculture, Ohio veterinarians, nationally recognized animal care scholars, the Ohio Farm Bureau, Sportsmen’s Alliance, and other interested parties, the bill promotes a healthy living environment for dogs by outlining the following required conditions, among others, for animals housed in these facilities:

• Requires food to be provided to dogs twice a day
• Modifies the formula for calculating cage size standards to provide more space and specify standards for flooring, to be applied after December 31, 2021
• Requires a dog to have access to a continuous supply of potable water
• Requires a dog to have a minimum of 30 minutes of daily exercise
• Prohibits a breeder from producing more than 8 litters in the lifetime of a single female dog

Following today’s concurrence with Senate amendments, the bill now goes to the Governor for his consideration.