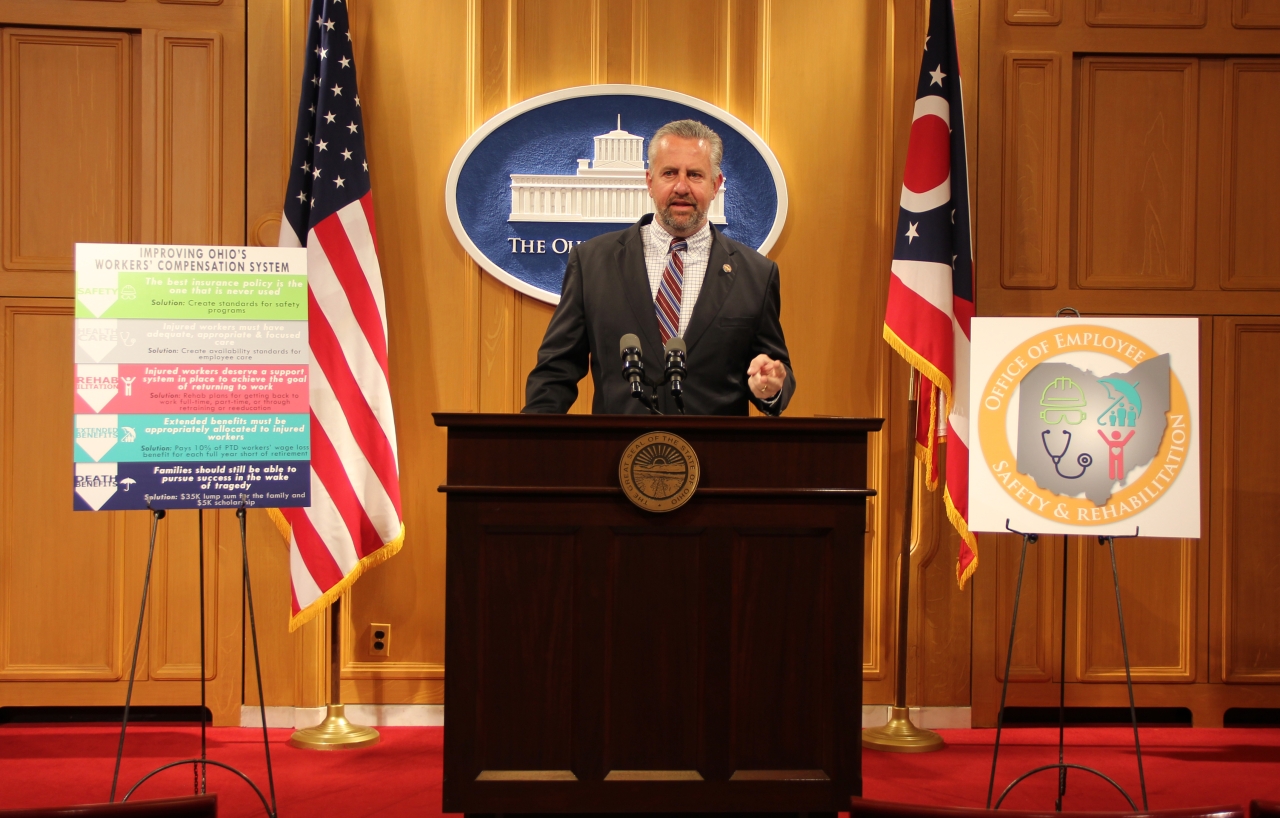 “Ohio’s workers’ compensation system is run entirely by the state, and therefore it is our responsibility to ensure it operates at its best,” Henne said. “We’ve made great strides in improving the system in recent years but have the opportunity to make it even better. This plan is ambitious and multi-faceted, with the end goal of refocusing the organization to better reflect its mission.”

Henne’s vision for the Office of Safety and Rehabilitation centers on five major components: safety, health care, rehabilitation, extended benefits and death benefits. The legislation, which is anticipated to be introduced next week, includes the following major components:

• Tasks the agency to create workplace safety standards
• Incentivizes employers to implement safety programs
• Establishes an injured worker plan tailored to each injured employee to help get them back to work full-time, part-time or through retraining or reeducation for a different position
• Creates a sliding scale for extended benefits for employers who become permanently totally disabled (PTD) within ten years of retirement
• Establishes a $35,000 lump sum payment for the families of employees who are killed on the job
• Creates a $5,000 a year scholarship for eligible dependents of deceased employees for up to four years

While workers’ compensation benefits are not intended to be a retirement plan according to Henne, his proposal does account for the situation where an employee becomes PTD and is unable to continue contributing to their own retirement plan.

Ohio is one of only four states (Washington, Wyoming and North Dakota) that has not privatized its workers’ compensation system. This legislation does not include any provisions that would privatize the agency.

The legislation is expected to receive a bill number next week, after which it will be assigned to a House committee for further vetting.