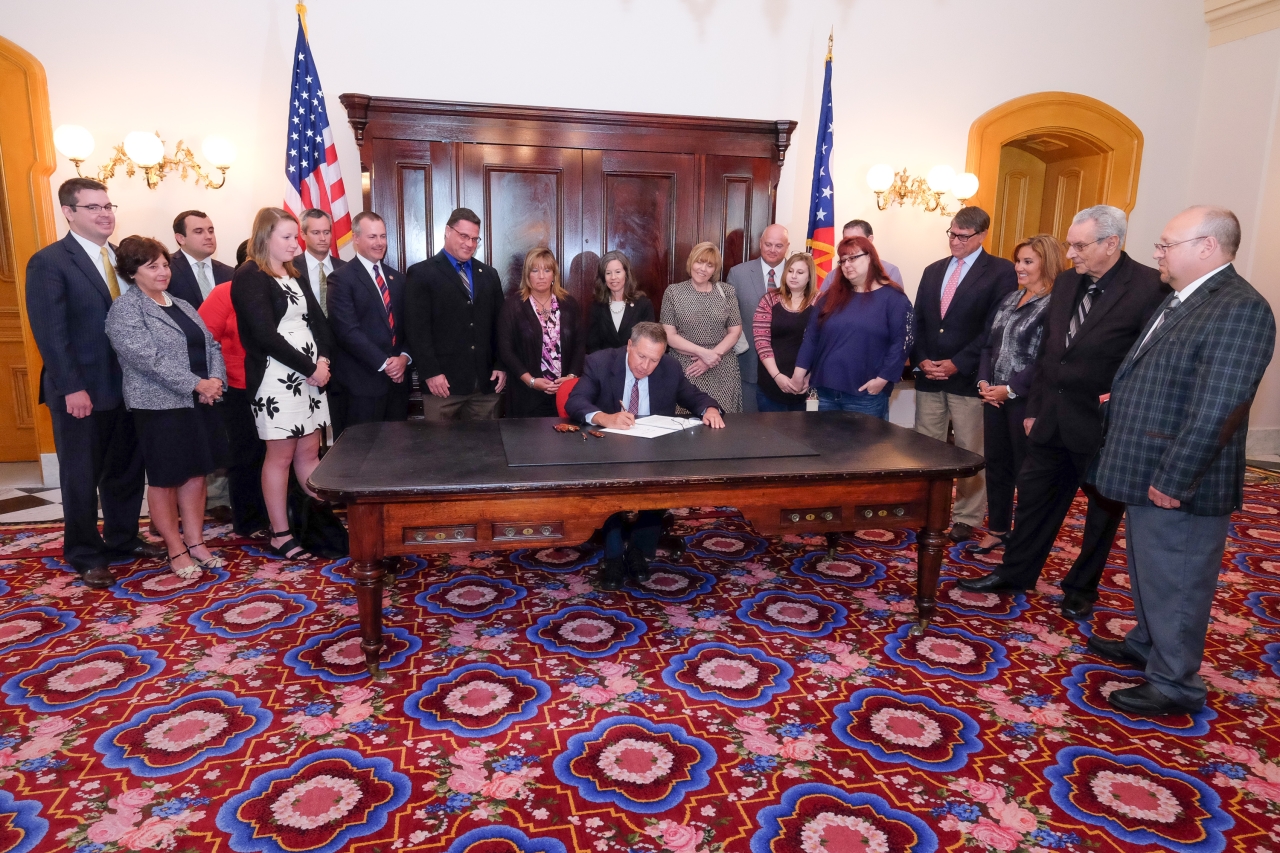 State Representative Brian Hill (R-Zanesville) today applauded Governor Kasich’s signing of House Bill 110 into law, also known as “Brandon’s Law,” legislation that increases the penalties for failure to stop after an accident and failure to stop after a nonpublic road accident when the offenses result in the death or serious physical harm to a person.

“I was happy to see this bill get signed by Governor Kasich yesterday,” said Rep. Hill “Seeing the Pethel family, who have lost their loved one, spend time with Governor Kasich and I as we signed the bill was inspiring. This is a vital issue and I know this bill will positively affect the victims and their families.”

The bill is named after Brandon Pethtel of Kimbolton, a fifteen-year-old who was fatally struck by a motorist and whose friend was thrown approximately 90 feet as a result of the collision. The driver fled the scene and was picked up the following day, but received a lesser charge due to not being apprehended at the time of the crime.

Tonya, Michael, and Brenda Pethel were all present as the Governor signed Brandon’s Law.