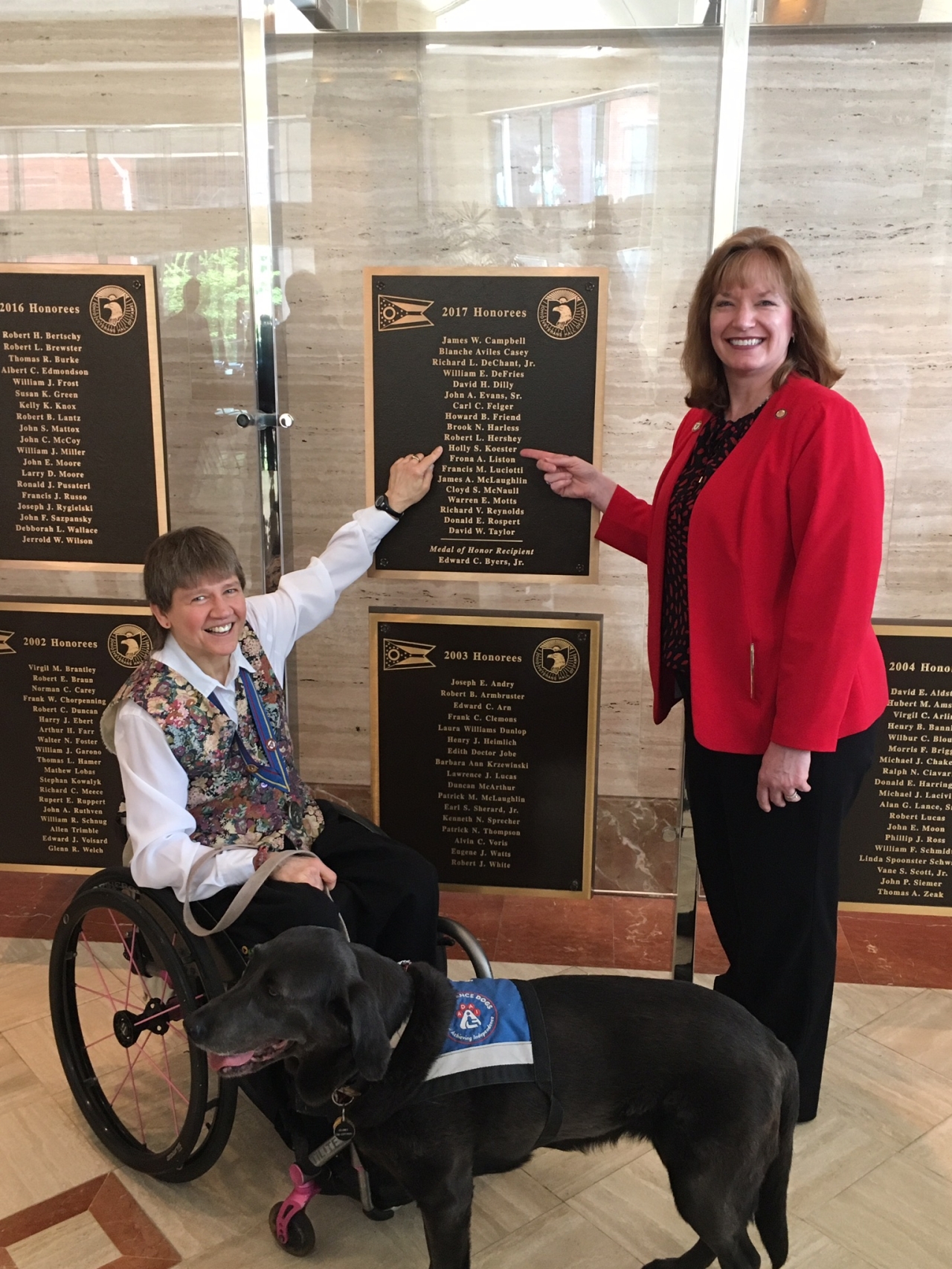 COLUMBUS – State Representative Marlene Anielski (R-Walton Hills) was among the crowd of dozens of people who witnessed the enshrinement of the 2017 Ohio Veterans Hall of Fame inductees. Among the class of 2017, is Gulf War veteran, Holly Koester. Captain Koester, a retiree from the United States Army, has dedicated her life to pushing the boundaries of service and sport for disabled veterans.

After an injury during the Gulf War left her paralyzed below the waist, Captain Koester pushed herself to continue her loves of competition and sports. Captain Koester has completed a marathon in a wheelchair in all fifty states, the first person to ever do so, male or female. She is also an accomplished athlete at the National Veteran Wheelchair Games where she took home seven gold medals in 2016.

“I am very humbled to be included in the company of such distinguished, dedicated and giving men and women,” said Captain Koester. “It was exciting to reunite with my fellow classmates and talk and visit with them and their families at the Enshrinement Ceremony. I cannot thank Representative Marlene Anielski, enough for taking time out of her busy schedule to share the ringing and unveiling of the plaque with my name on it along with my other classmates.”

“I am so happy for my friend and hero, Army Captain Holly Koester,” said Rep. Anielski. “She is a shining image of what it means to overcome adversity and I am pleased that the she was bestowed the honor of being inducted into the Ohio Veterans Hall of Fame. Freedom has never been free, so please always thank a veteran for their service.”

The Ohio Veterans Hall of Fame was established in 1992 to recognize the accomplishments of veterans who served in the military honorably and have since continued to serve their communities. The Veterans Hall of Fame plaques are located on the second floor of the Vern Riffe Center for Government and the Arts.