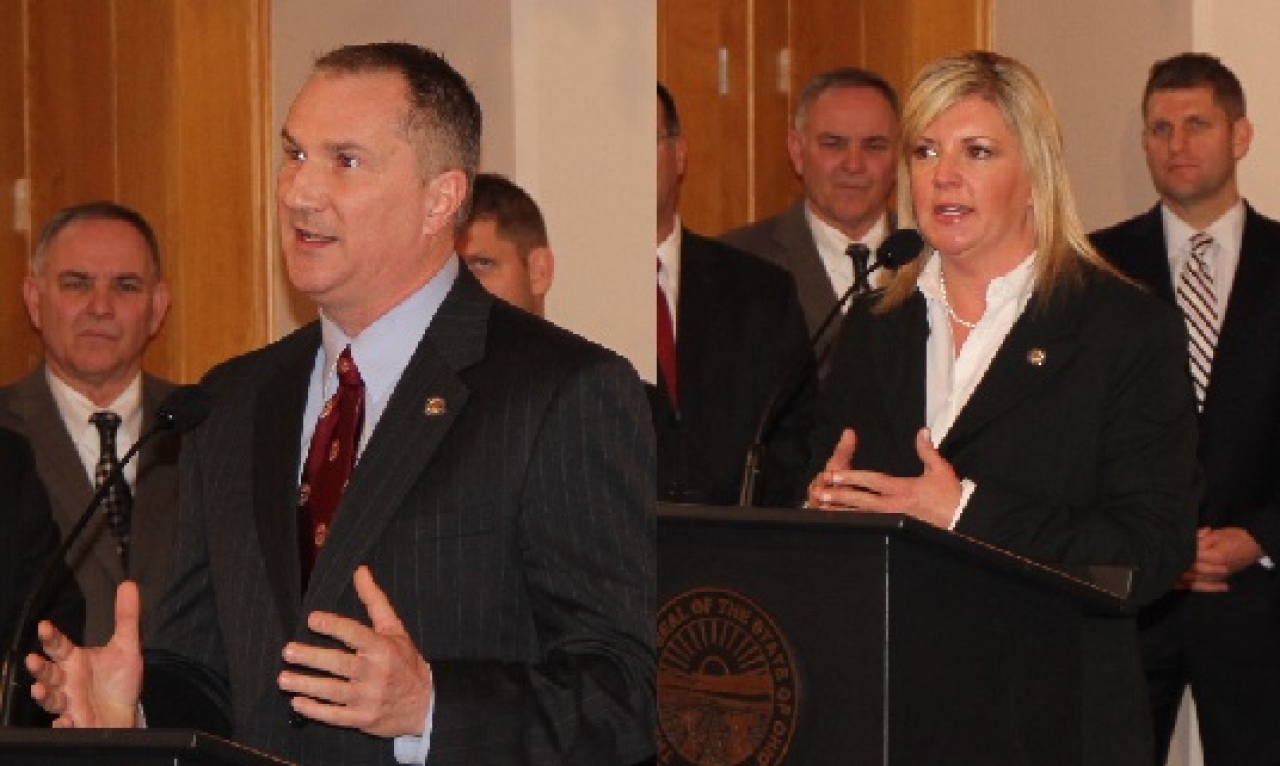 In January, state legislators and the governor worked together to pass Senate Joint Resolution 6, which is a key component to improving Ohio’s infrastructure without burdening Ohioans with a tax increase. We were proud to take an active role in its passage, even introducing a companion resolution in the House (HJR 9), which aimed to accomplish the same goals.

The proposal will provide nearly $2 billion to local governments when repairing their roads, bridges, water-supply systems, storm sewers, and wastewater systems. These projects are critical to maintaining public safety for Ohioans all across the state. Whether to approve the funding for these projects will ultimately be made by Ohio residents when they cast their votes on the May ballot.

SJR 6 will renew funding to continue the Public Works Commission, which began in 1987 with the passage of a constitutional amendment. It has since been renewed with the approval of legislators and voters. Throughout the years, the program has provided more than $3 billion in assistance to local governments for infrastructure projects. However, the program is set to expire soon. Over a 10-year span, SJR 6 will allocate $1.875 billion to local governments through the selling of bonds.

Our state is in much stronger financial position today than it was just a few short years ago. Where once existed a near $8 billion budget shortfall now stands a budget surplus. At the same time the nation’s credit rating was being downgraded, Ohio’s was upgraded to “stable.” Since January 2011, more than 170,000 private sector jobs have been created, which indicates that, while our state still has a ways to go, it is heading in the right direction.

During what thus far has been a very harsh winter, we are reminded of the toll that such conditions can have on Ohio’s roadways. But the impacts stretch further than that.

For example, imagine a school bus that dropping off children at their homes at the end of the day that perhaps has to change its route to avoid going over a bridge that has not been repaired or has an outdated weight limit. Redirecting the school bus requires that vehicle—and those kids—to be on the road for a longer period of time. That extra time is not only inefficient, but also an added safety hazard for the students, the driver and everyone else on the road.

During our collective experience in local government, which included terms as county commissioner and city council, we have seen first-hand the importance that these projects have for improving local infrastructure and for creating jobs. In expressing his support, Governor Kasich has described the proposal as “rebuilding Ohio.” That is exactly what SJR 6 and HJR 9 were designed to accomplish.