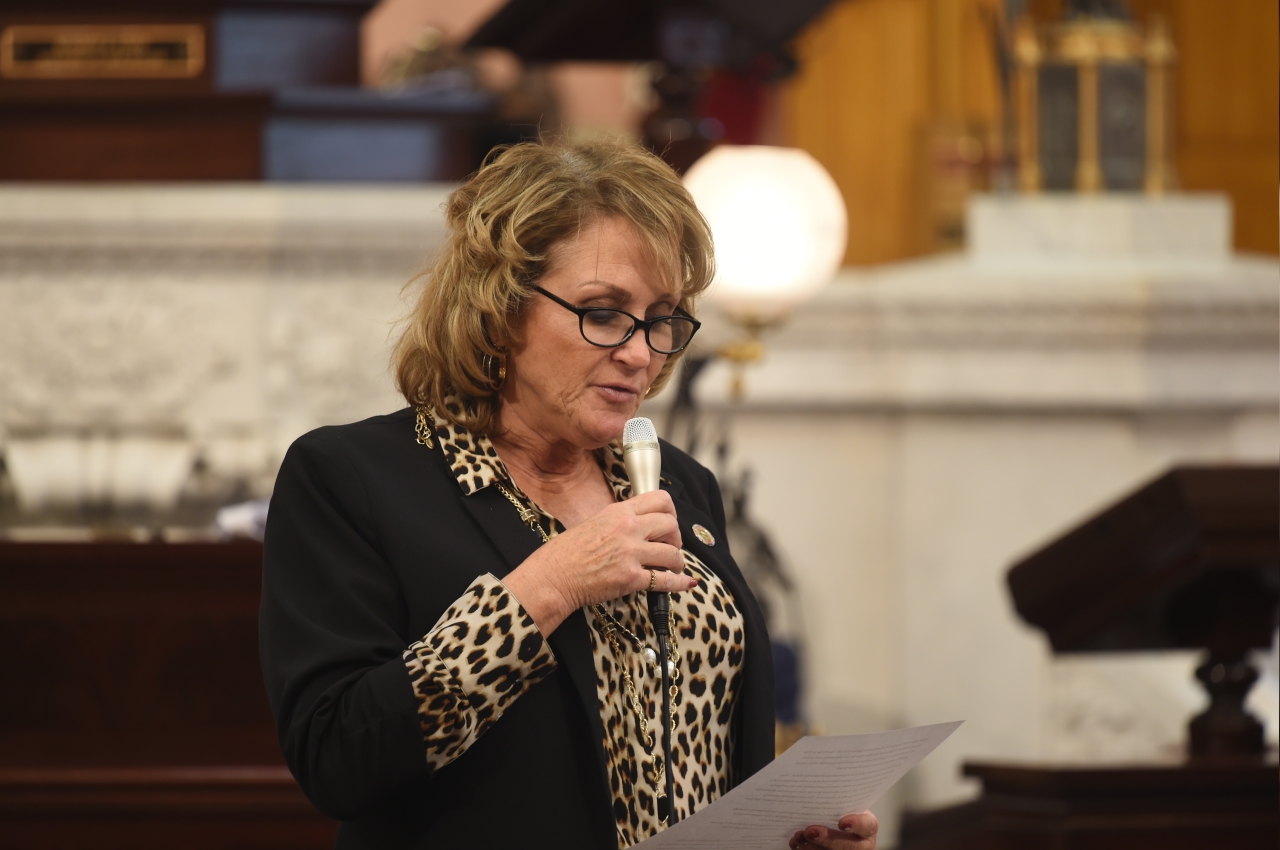 State Rep. Gail Pavliga (R-Portage County) announces that House Bill 226 unanimously passed today within the Ohio House of Representatives. The legislation increases legal protections for Guardian ad Litems (GALs) and Court Appointed Special Advocates (CASAs). Pavliga is a joint sponsor of the bipartisan bill as she spoke to it on the House floor.

“GALs and CASAs are advocates appointed by a judge to determine what is in the best interest of a party - usually minors or adults subject to guardianship who do not have an attorney of their own,” said Pavliga. “These individuals serve the court, but are not afforded the same protections as officers of the court.”

Pavliga added that this leaves GALs and CASAs subject to harassment, intimidation and stalking from those who disagree with their independent, court assigned assessment.

The legislation makes it a first degree misdemeanor for someone to abuse, threaten, or harass a GAL or CASA in carrying out their court-mandated duties for the protection of children across the state.

Pavliga has been working to improve these programs with this legislation and local officials including Judge Patricia Smith, Doug Stephens from Ohio CASA, and the new Portage County CASA Director Ann Walden to establish CASA programs in Portage County.

Additionally, Pavliga advocated to include an amendment that was put into the state budget bill that increases appropriations for CASAs by $1.5 million for each fiscal year, $500,000 for administrative costs associated with CASA programs and includes another $1 million to establish CASA programs in areas of the state where they are not yet established.