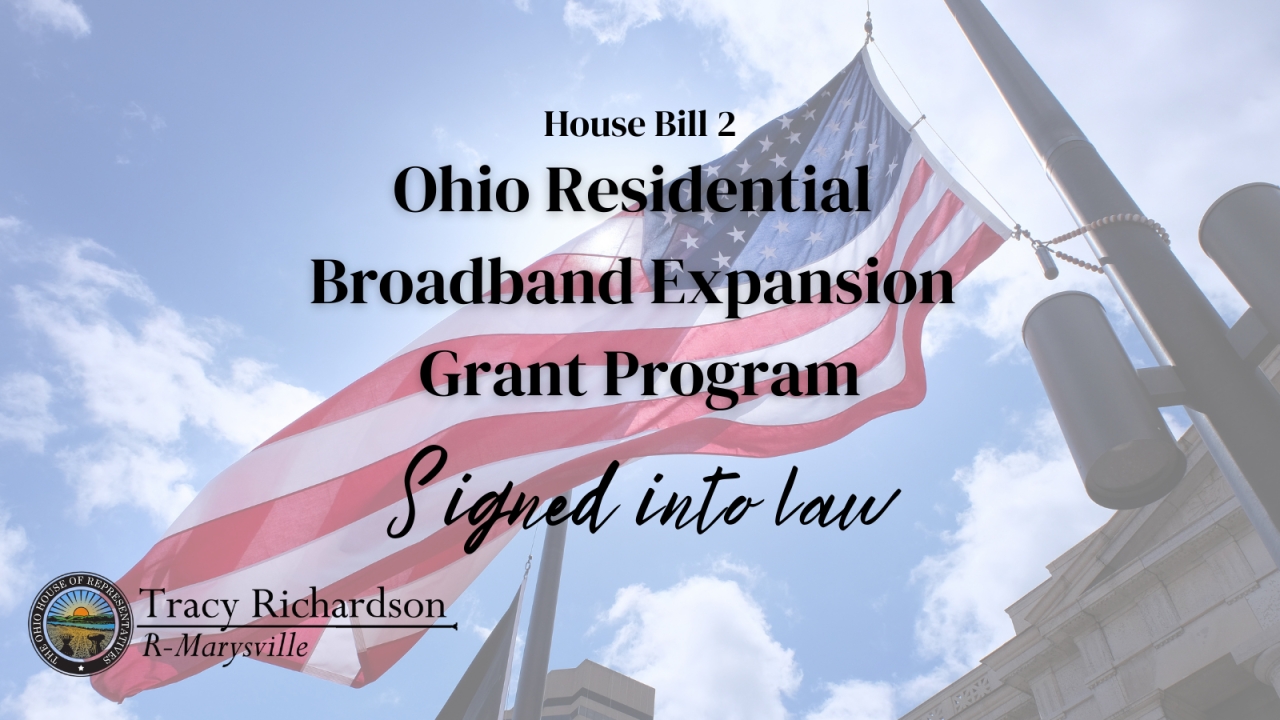 COLUMBUS – Governor Mike DeWine this week signed into law House Bill 2, legislation supported by State Representative Tracy Richardson (R-Marysville) that would expand broadband access across Ohio through the creation of Ohio’s first ever Residential Broadband Expansion Program. The legislation would additionally provide grants to offset construction cost hurdles and help facilitate the expansion of high-speed internet and all broadband services to unserved households across Ohio.

“After years of hard work and dedication, I am thrilled to see House Bill 2 be signed into law,” said Richardson. “Broadband is now more important than ever with schools and jobs being converted to virtual spaces. I was proud to vote in support of this bill when it passed out of the House and I look forward to seeing the improvements it makes to so many lives across the state.

DeWine noted the $20 million immediately housed in the bill for the broadband construction grants, while calling upon the legislature to pass the $190 million in additional broadband funds proposed in the current draft of the state’s operating budget to make an even stronger statewide impact.