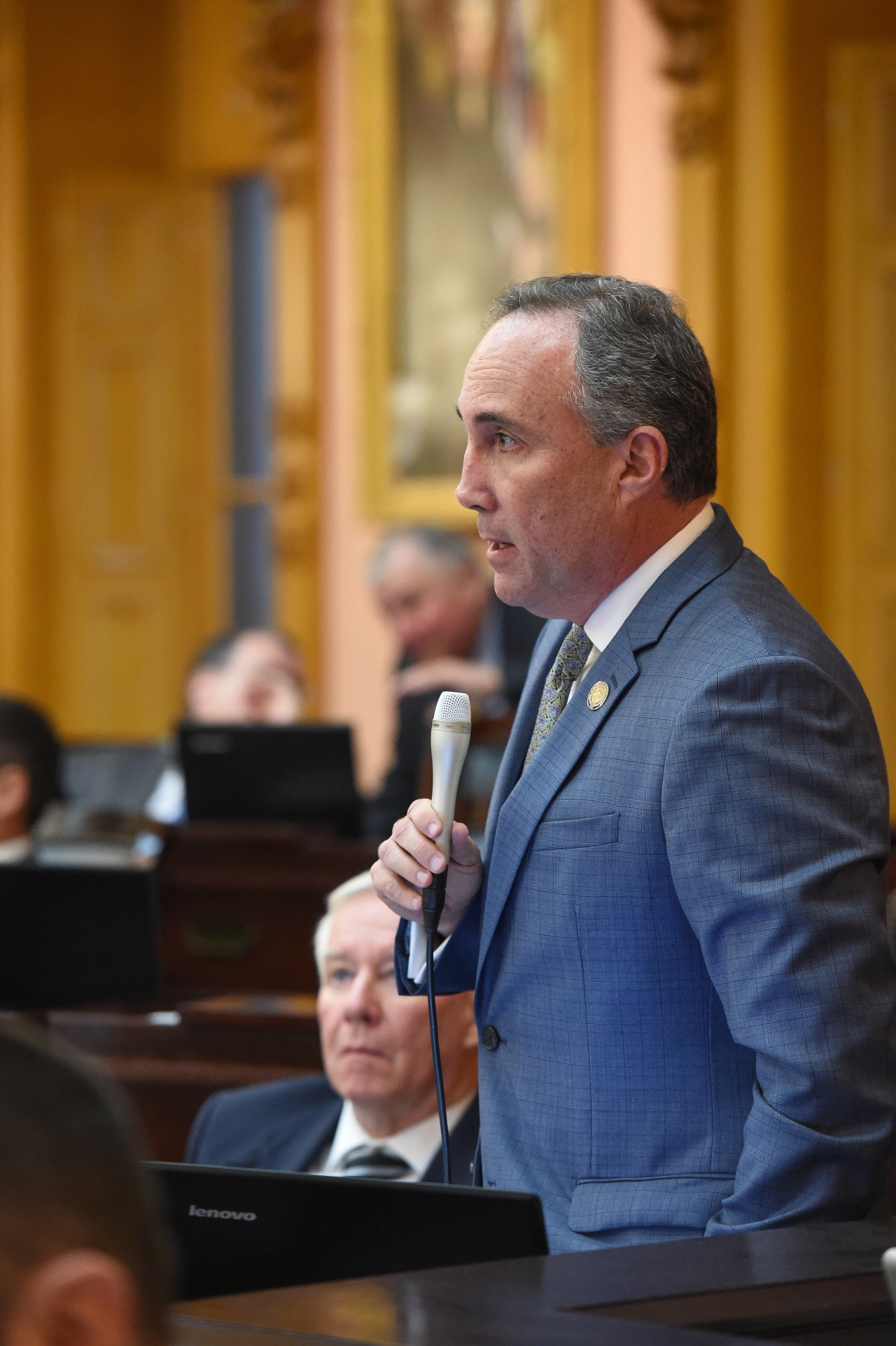 House Bill 276, also known as the “Utility Worker Protection Act,” expands the offense of aggravated menacing to prohibit threatening a utility worker with a deadly weapon with the intent to obstruct the operation of a utility. The individual committing this offense would have to know or have reasonable cause to know that the victim is a utility worker.

Violation of the law will generally result in a first degree misdemeanor, unless the offender previously was convicted of aggravated menacing, in which case it will be a fifth degree felony.

“Substitute House Bill 276 is a step in the right direction in protecting our utility workers here in the state of Ohio,” said State Representative Jeff Rezabek (R-Clayton), who joint-sponsored the legislation with Rep. Dave Greenspan (R-Westlake). “They provide a vital service to our state and to our communities. By all intents and purposes, they keep our communities running and this bill provides protection for them when they’re performing essential duties.”

“I am encouraged that the House of Representatives has supported this important piece of legislation that protects the men and women who work hard to ensure that our critical infrastructure needs such as electricity, communications, water, and other important infrastructure are protected,” Greenspan said.

This legislation was brought to the attention of both Reps. Rezabek and Greenspan by multiple utility companies after they reported an increase in incidents where their workers were threatened while trying to perform their jobs.

Having passed the House, HB 276 now awaits further consideration by the Ohio Senate.