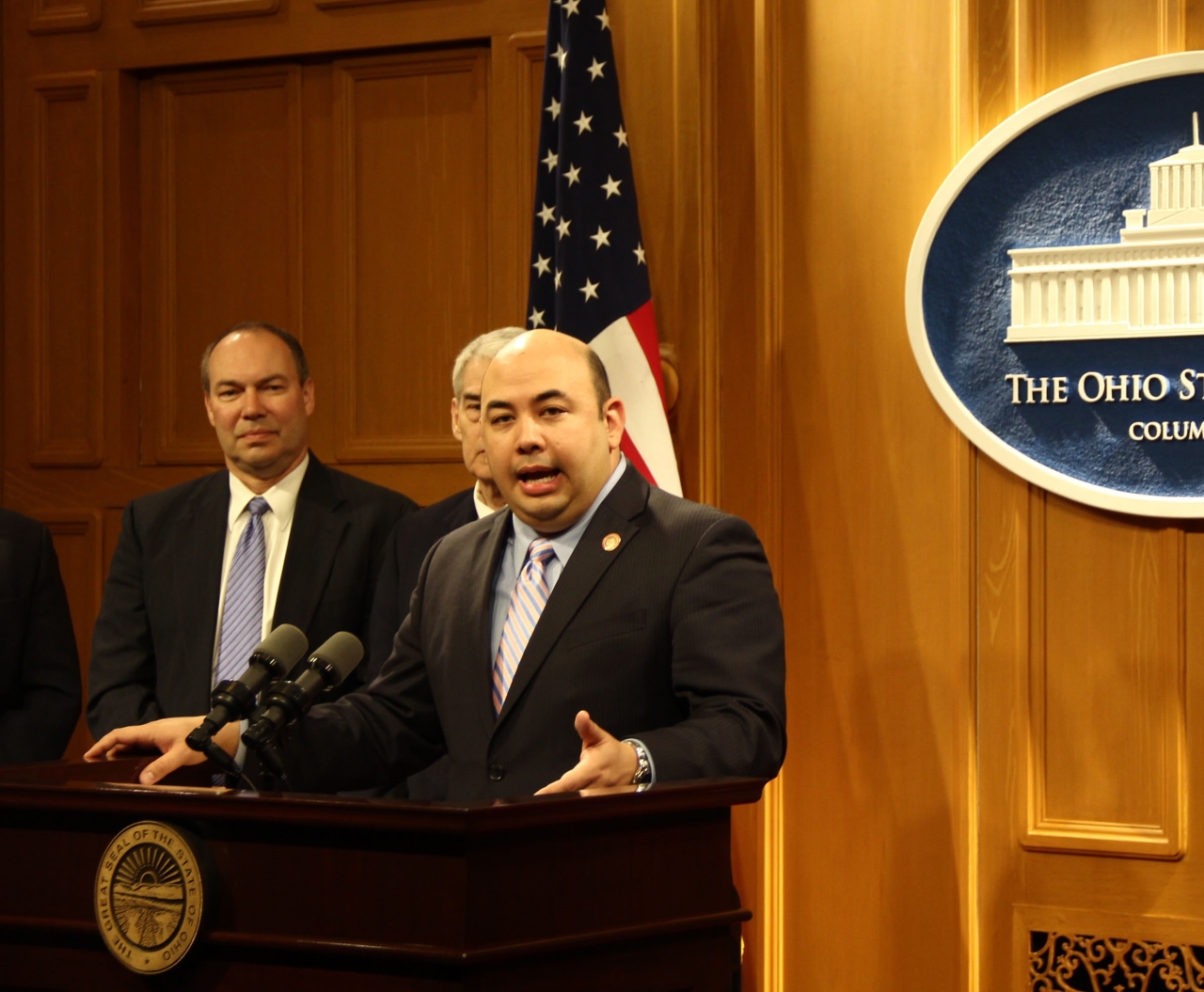 The Ohio House of Representatives today passed Substitute Senate Bill 1, legislation addressing some of the most important issues pertaining to water quality in Ohio. House and Senate leaders, as well as the bill sponsors, took part in a press conference this morning to discuss components of the legislation, prior to its passage on the House floor.

“The amount of time and attention given to this legislation is a clear indication of just how seriously the General Assembly has taken the issue of protecting Ohio’s abundant, yet vulnerable, natural resources,” Speaker of the Ohio House Cliff Rosenberger (R-Clarksville) said. “I want to commend the members who worked on this policy, such as Reps. Dave Hall and Jim Buchy, and Chairman Brian Hill and Vice Chairman Tony Burkley. Their knowledge and input were an invaluable asset during the entire process, and I know that the bill we voted out today would not have been nearly as strong without their contributions.”

Among other provisions, Substitute Senate Bill 1 encourages establishing best nutrient management practices, such as regulating the application of fertilizer in the western basin of Lake Erie when the ground is frozen or saturated.

“I am pleased that both chambers agree that S.B. 1 is an important step on the road to water quality,” said Rep. Dave Hall (R-Millersburg). “I look forward to continuing the good work of the legislature on this issue with H.B. 101, which will protect the drinking water of Ohioans by developing an early warning system for algal blooms.”

“In my district, we have been tackling the water quality issues in Grand Lake St. Marys for more than five years,” said Rep. Jim Buchy (R-Greenville). “The things we learned at Grand Lake St. Marys were considered when crafting Sub Senate Bill 1 and as a result these new practices are science-based and proven to have positive results.”

“As a farmer, I was reluctant to support legislation aimed at regulating farmers,” said Rep. Brian Hill (R-Zanesville), Chairman of the House Agriculture and Rural Development Committee. “However, now that I have seen the agricultural community step up and work together with the legislature, I am encouraged.  I look forward to working with the other parties who will be coming to the table to be part of the solution.”

SB 1 incorporates provisions that give farmers an opportunity to come into compliance without being penalized. For small and medium operators who may be in violation of the law, the legislation enables them to apply for a limited exemption and request assistance from their local Soil and Water Conservation District to resolve deficiencies in order to avoid being penalized.

“I am pleased to see this bipartisan effort voted out of the General Assembly,” said Rep. Tony Burkley (R-Payne), Vice Chair of the House Agriculture and Rural Development Committee. “I also want to commend the citizens of northwest Ohio, particularly our farmers, who have stepped up and worked with us to produce this first step toward quality water management.”

Footage from this morning’s press conference can be seen at http://www.ohiochannel.org/MediaLibrary/Media.aspx?fileId=146165

The bill now heads to the Ohio Senate for further consideration.