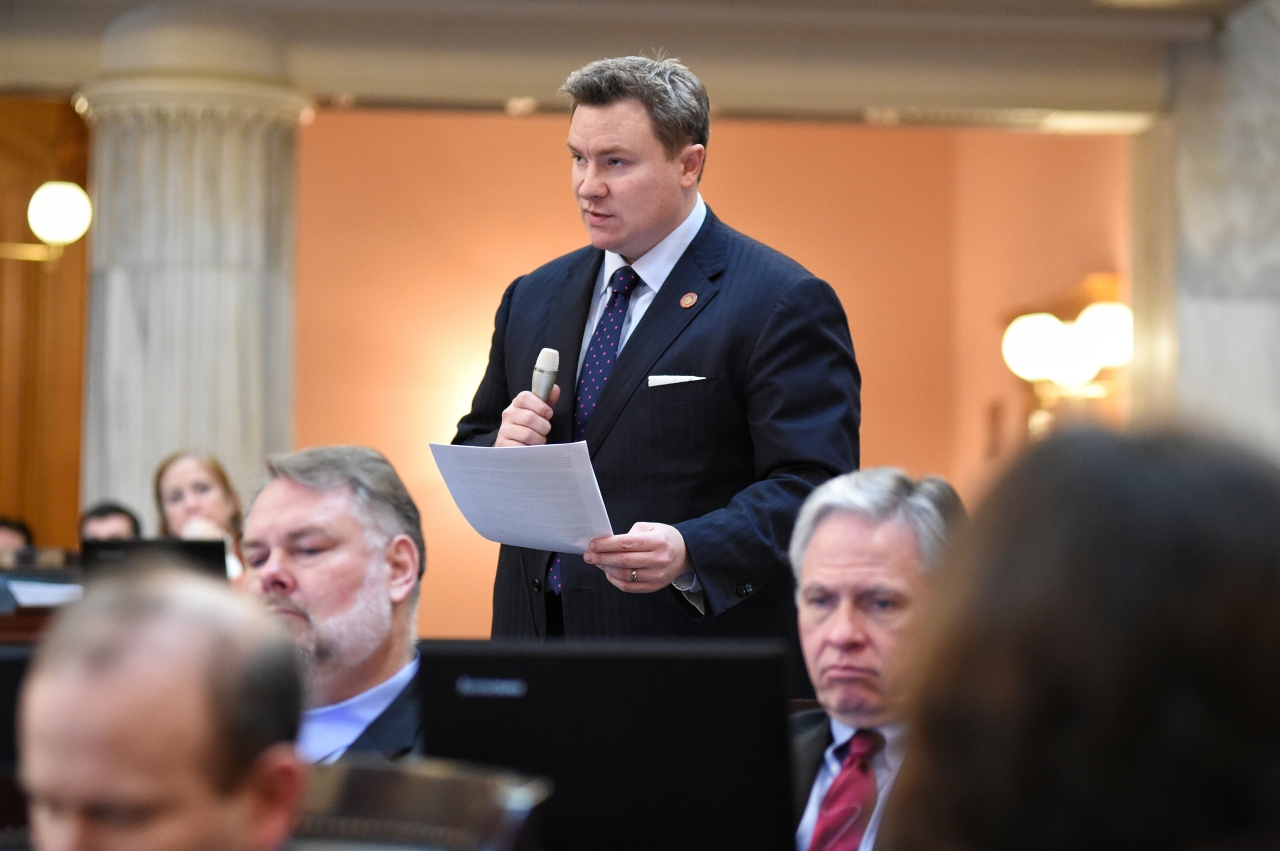 HB 359 allows domestic violence victims, as well as victims of rape, sexual battery, menacing by stalking and human trafficking to secure an Address Confidentiality Program (ACP) number, assigned to a P.O. Box at the Ohio Secretary of State’s office, to be used for all governmental records in Ohio.  In this manner, the true address of the victim is protected from disclosure, granting victims the freedom to register to vote, register a vehicle and complete many governmental forms without fear of disclosing their home address to an abuser searching public records in an ever-increasingly online world.

In his floor speech, Rep. Duffey graphically recounted the chronology of a 2009 triple-murder in Canton committed by an abusive ex-husband who stalked his ex-wife, Marcia Eakin, and then, in an effort to inflict emotional distress, killed both of their young children and her mother before unsuccessfully attempting to severely maim Ms. Eakin.  Testimony revealed he used public records to find her address.

“The Eakin case is perhaps the most extreme I’ve ever heard of as it relates to domestic violence,” said Rep. Duffey, “but whether the abuse leads to murder or not, we know that protecting victims means separation from their abusers and address confidentiality is a key tool in achieving that goal.  For hundreds of Ohioans who refuse to register to vote today, HB 359 will give them the freedom to no longer be forced to choose between their right to vote and personal safety.  We owe a debt of gratitude to Ohio Secretary of State Jon Husted for enthusiastically supporting this legislation.”

The only individuals who are able to access the participant’s true address are governmental agencies on a need-to-know basis such as county boards of elections to verify voter eligibility, the Secretary of State’s office to administer the program and law enforcement officials for legal purposes or to provide emergency protection to victims in the event of an eminent threat to a victim’s safety.

In addition to government agencies, the program permits participants to request their employer, school or institution of higher education use the P.O. Box assigned to them by the Secretary of State.

“Since introduction of this bill I have had victims call my office telling me they wish this program existed when they decided to leave their abuser; individuals who have been tracked down because of court documents, county auditors and even car registrations,” said Gonzales. “This bill is an important step for our state to take towards protecting victims after one of the most personal crimes that can occur.”

The bill is supported by the Ohio Domestic Violence Network, the Ohio Coalition to End Sexual Violence, the Ohio Secretary of State, the Ohio Prosecutor’s Association, the Fraternal Order of Police, the Ohio Newspaper Association and others.  It recently passed out of the House Government Accountability and Oversight Committee with a unanimous vote.

House Bill 359 passed unanimously and now goes to the Ohio Senate for further consideration. If passed by the Ohio Senate, Ohio will become the 38th state to have an address confidentiality program.