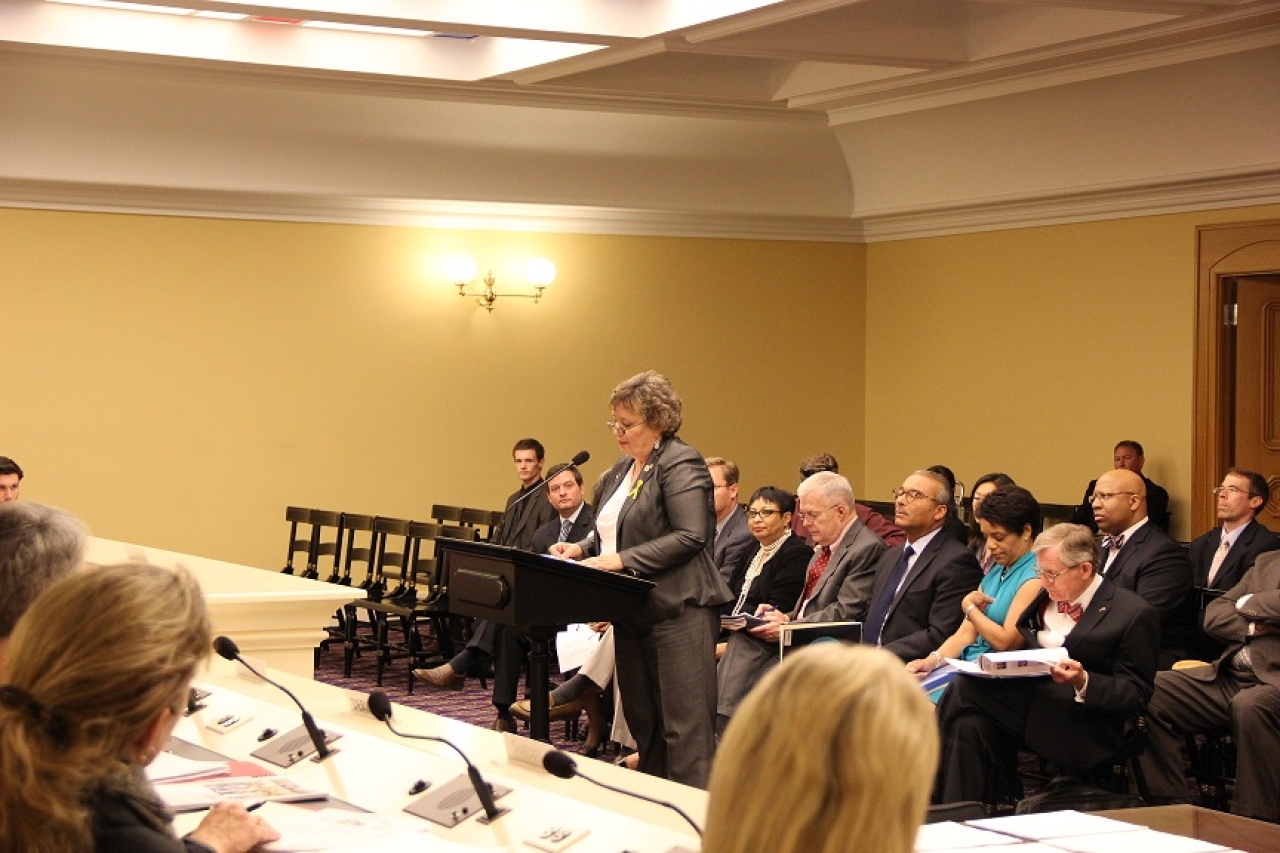 The Ohio House of Representatives today passed H.B. 167, legislation that establishes several new statutes for a school district with an average daily membership of more than 60,000 students located in primarily a city of 700,000 or greater.

Also known as the “Columbus School Plan,” H.B. 167 strives to improve accountability and produce better results for Columbus City School District, which currently is the only district to meet the criteria under H.B. 167.

“House Bill 167 provides Columbus schools with more resources and gives parents additional options for educating their children, tailored to the specific needs of Columbus families,” said State Representative Cheryl Grossman (R-Grove City), who sponsored H.B. 167. “Establishing a framework that will benefit students in the Columbus schools system is a bipartisan effort that has received the input of outside parties and experts. I applaud the House’s commitment to improving the education that many young Ohioans receive and achieving well-rounded reforms to Columbus’ schools.”

The three major components of H.B. 167 include:
• Authorizing the placement of an issue on the November ballot to create the Office of the Independent Auditor for Columbus Public Schools. The independent auditor would be tasked with reviewing district reports and data, as well as initiating and conducting internal district investigations of suspected fraud, abuse, or wrongful or illegal acts. The independent auditor would also be responsible for ensuring that district operations are cost-effective and efficient, that student performance and enrollment data are accurately reported, that levy requests are based on accurate district needs, and that district activities are properly evaluated by a full accounting of all funds.
• Permit sharing of levy proceeds with community schools that partner with the district.
• Permit the mayor of eligible communities to sponsor community schools with the approval of city council.

The provisions included in House Bill 167 are among the recommendations made by the Columbus Education Commission. Proponents of the bill who testified before the House Education Committee include Columbus Mayor Michael Coleman and President of The Ohio State University E. Gordon Gee.

H.B. 167 passed with strong bipartisan support and will be sent to the Ohio Senate for further consideration.