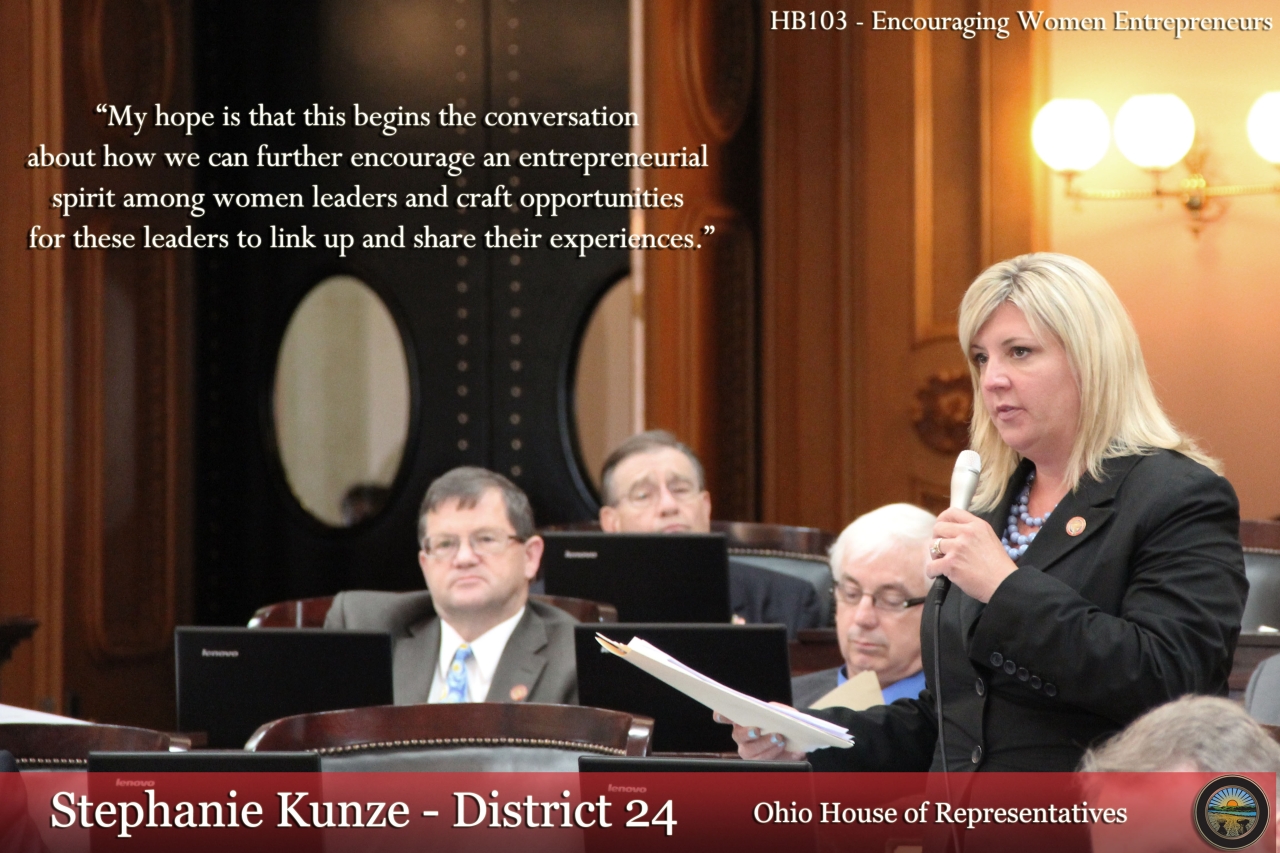 The Ohio House of Representatives has passed House Bill 103, legislation that works to connect policymakers and entrepreneurs with the goal of highlighting and assisting Ohio women and their business endeavors.

Ohio ranks in the top 10 states for number of women-owned businesses, according to Womenable, an organization that works to support women’s enterprise creation and growth. The objective of HB 103 is to take steps to further improve Ohio’s standing and accelerate the growth of female-owned business in the state.

“HB 103 will make great strides towards expanding entrepreneurship opportunities in our state and I am proud to be a part of supporting such efforts,” said Rep. Dorothy Pelanda (R-Marysville), who cosponsored the bill with Rep. Stephanie Kunze (R-Hilliard).

House Bill 103 names the second week of March “Ohio Women’s Week for Policy and Entrepreneurship,” during which there will be a two-day forum hosted by the state and private sector. The forum, held every even-numbered year, would include a competition for entrepreneurs who are newly established or who have developing business plans.

“My hope is that this begins the conversation about how we can further encourage an entrepreneurial spirit among women leaders and craft opportunities for these leaders to link up and share their experiences,” Kunze said. “This legislation will increase the likelihood of success for women entrepreneurs by encouraging access to venture capital and mentors.”

During the odd-numbered years, a special committee will be appointed, including members from the House and Senate, community leaders, entrepreneurs, business leaders, and appointees by the Governor. The committee will be responsible for issuing a report to the General Assembly, as well as managing the application process.

The bill now heads to the Ohio Senate for further consideration.