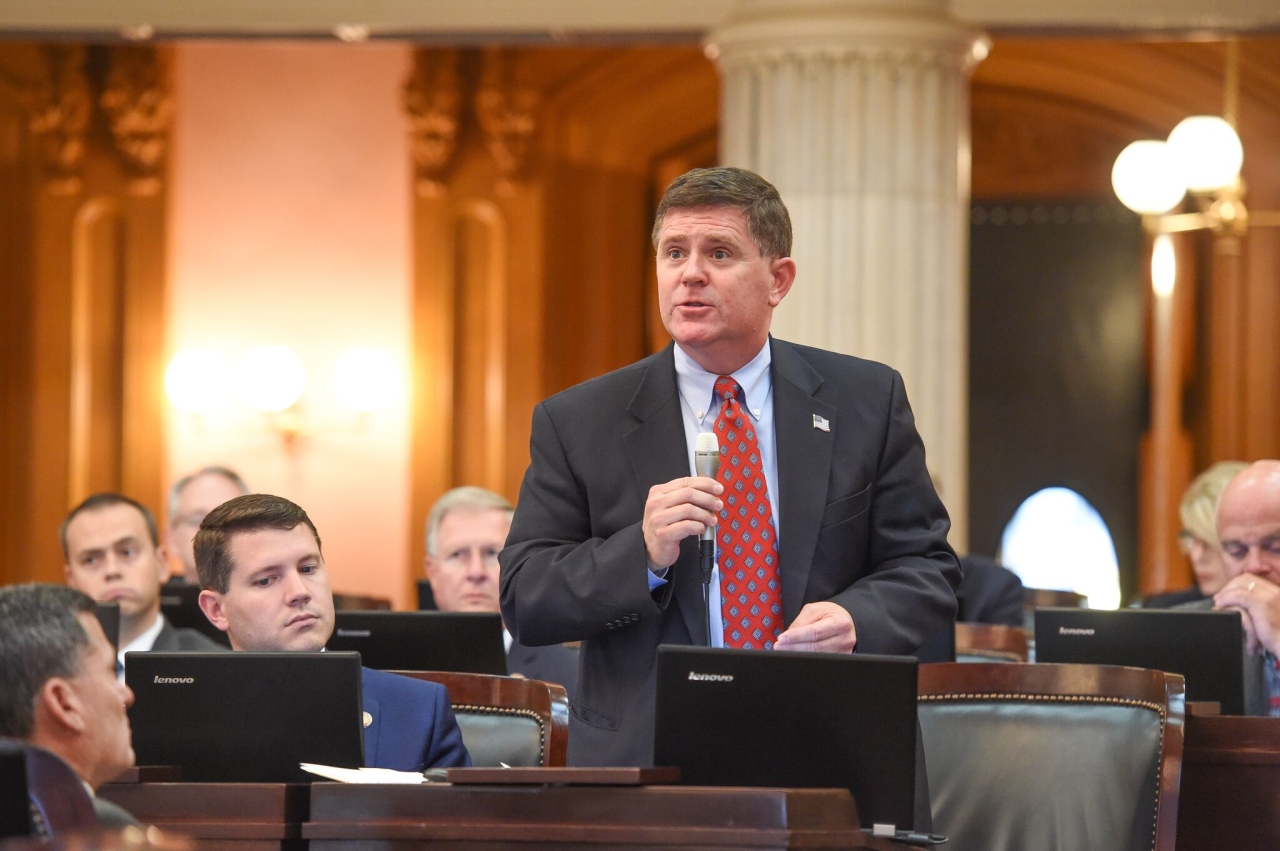 The Ohio House today passed House Bill 63, also known as “Judy’s Law,” which strengthens the penalties for perpetrators of felonious assault if an accelerant is used in committing the offense.

State Representative Jim Hughes (R-Upper Arlington) introduced the legislation after learning about a Gahanna mother, Judy Malinowski, who was doused in gasoline and set on fire in August, 2015 by her  estranged boyfriend. Over 600 days later, Malinowski has had more than 50 surgeries and is still fighting for her life. Due to current law, the judge was only able to impose an 11-year sentence on her abuser.

“Judy’s ex-boyfriend was given the maximum sentence of only 11 years for the most serious count, aggravated arson. Judy was given a life sentence,” Hughes said. “Despite this tragedy, Judy and her family advocated tirelessly for this legislation so that victims in the future receive the justice that they deserve.”

House Bill 63 would allow judges to add an additional prison term of six years for felonious assault if the offender used an accelerant in committing the offense and the abuse resulted in a permanent disfigurement or permanent substantial incapacity.

Despite her horrific condition, Malinowski has continued to speak out about domestic violence and has made every effort to warn other victims. She also bravely recorded video testimony encouraging legislators to pass House Bill 63.

NBC4 this week announced that Malinowski has been moved to a palliative care center and is no longer receiving medical care, but is resting comfortably. Malinowski’s family remains optimistic.