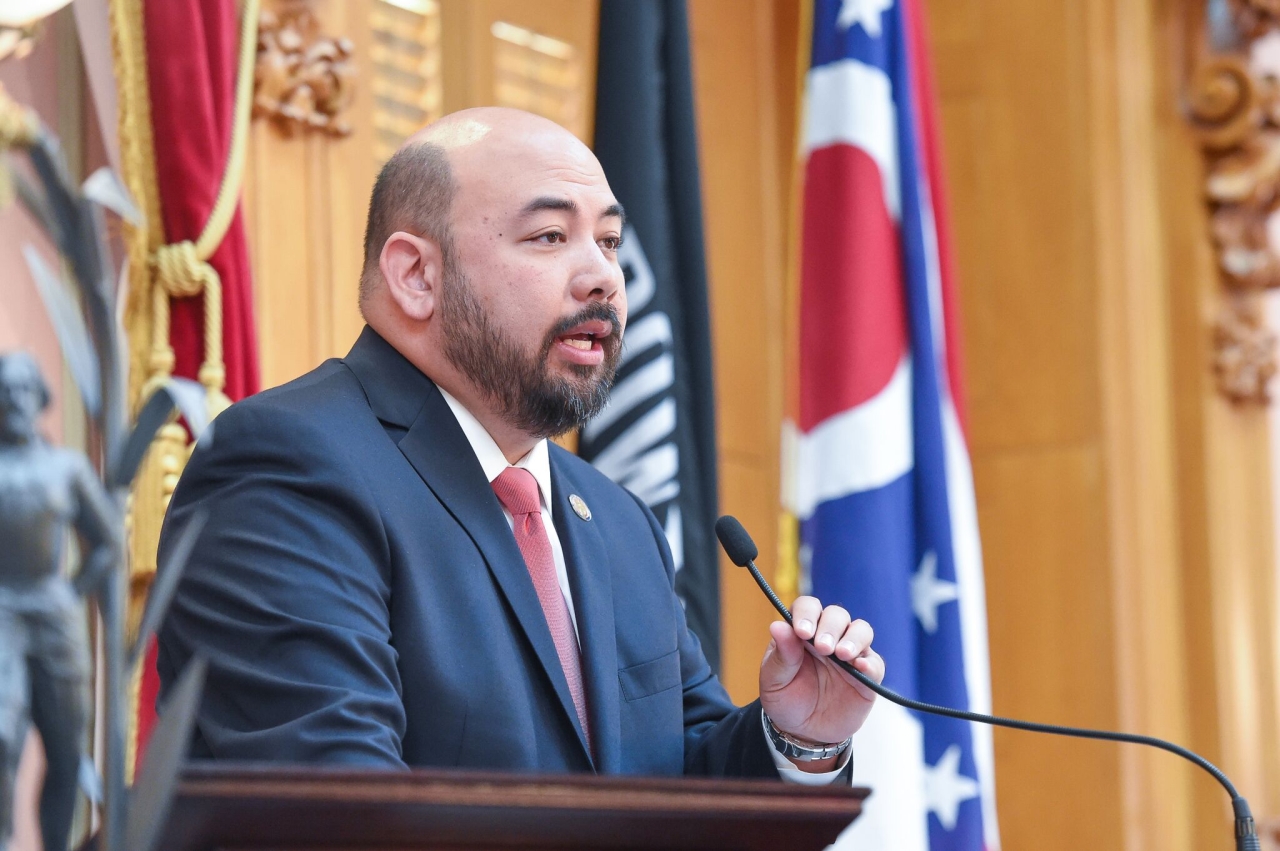 The Ohio House of Representatives today passed House Bill 49, the state operating budget. The bill addresses some of Ohio’s most pressing issues, including more than $170 million in funding towards combating Ohio’s opioid epidemic and providing additional resources to schools.

In response to lower than expected revenue estimates, the House restrained spending and facilitated sound fiscal policies by staying under the rate of inflation for the first time in several years and spending about $2.5 billion less than the executive proposal over the biennium.

“The budget plan approved today is not only balanced, but it appropriates funding to the areas that matter most to Ohioans, such as the opioid epidemic and funding for our schools,” Speaker Cliff Rosenberger (R-Clarksville) said. “I am very proud of the work achieved by Chairman Ryan Smith, Vice Chair Scott Ryan and all of our members for working together to face some of these challenges head-on and being responsive to the needs of the citizens we serve. I look forward to working with the Senate and Governor on ensuring we pass a balanced, responsible budget for our state.”

“This budget demonstrates that even under tight fiscal times the Ohio House is committed to fighting the drug epidemic and funding our schools,” said Finance Chairman Ryan Smith (R-Bidwell). “More than $170 million will be invested holistically to provide treatment and support to addicts, their children and the communities in which they reside. School funding has been increased to maximize opportunities for our students and to develop Ohio’s workforce.”

To underscore the importance of combating the state’s deadly opioid epidemic, the House appropriated funds totaling $170.6 million in new money to invest in prevention, treatment, mental health care, and workforce programs through the HOPES (Heroin, Opioids, Prevention, Education and Safety) Agenda. Resources will be directed as follows:

Enhancing opportunities for all Ohioans is a central component of the state operating budget through additional school funding, ensuring that students have the resources to learn and grow. House Bill 49 increases per-pupil funding compared to the executive budget proposal, as well as by more than $90 million over the biennium.

On the topic of higher education, the bill promotes tuition guarantee programs in order to provide more cost consistency to students while also requiring colleges to study textbook expenses in order to ultimately reduce the cost of obtaining a college degree.

Through a series of provisions, the budget strengthens accountability in the state’s Medicaid program by placing guardrails on future Medicaid Group VIII spending through the Controlling Board. The bill also returns Medicaid oversight to the General Assembly by directing the Department of Medicaid to seek a federal waiver to require a Group VIII Medicaid recipient to be one of the following: over 55, medically fragile, employed, in an education or workforce training program, or in a recovery program.

Additional provisions in the budget include:

Ensuring children receive the care and attention they deserve

The House’s budget proposal will now go to the Ohio Senate for further consideration.