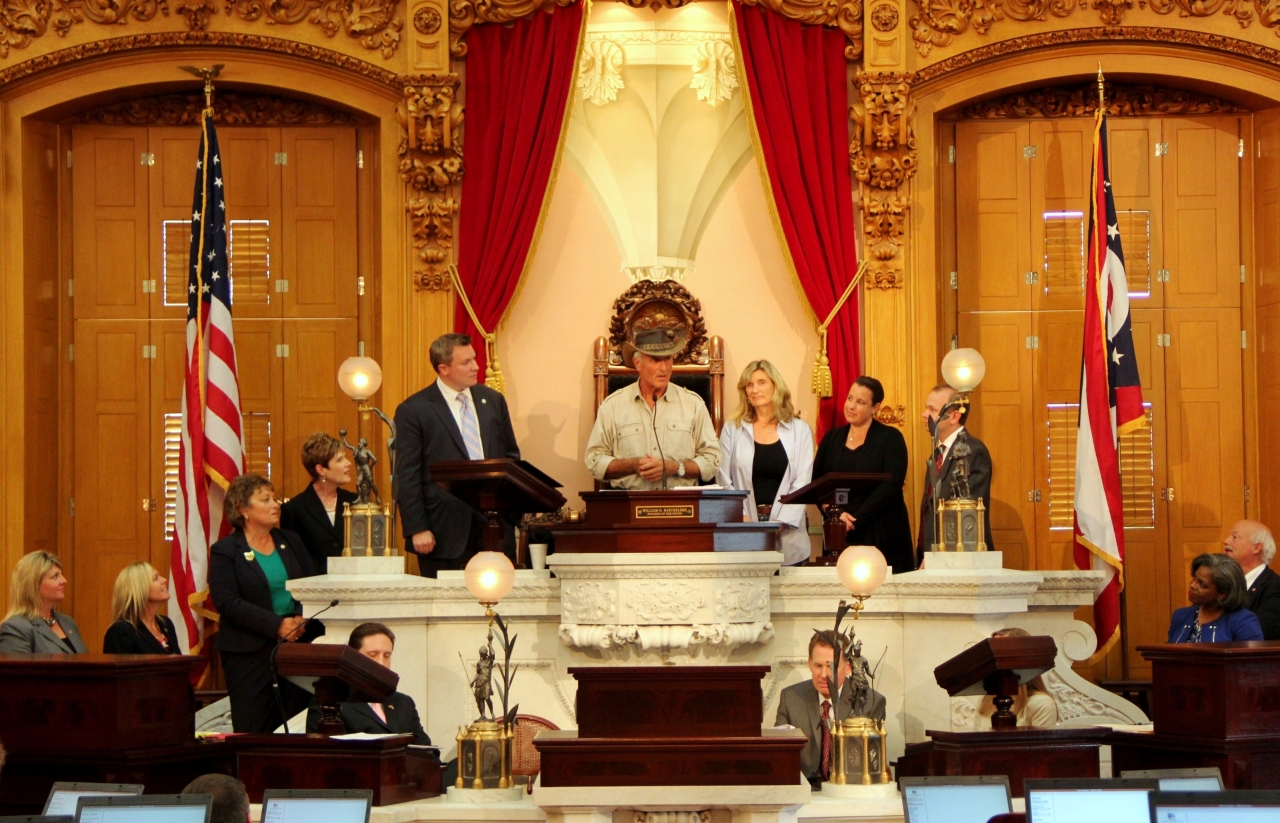 Members of the central Ohio delegation of the Ohio House of Representatives honored Jack Hanna for his 35 years of service to the Columbus Zoo and Aquarium.

Hanna became the executive director of the Columbus Zoo in 1978 and since that time has worked tirelessly to educate people about animals and habitat conservation. He has appeared on numerous talk and news shows, hosted television programs, authored several books, and served the community and environment in numerous capacities.

“I think it’s fitting to honor Jack today, because his career has been an untamed one, a remarkably bright light for central Ohio and our entire state,” said State Rep. Mike Duffey (R-Worthington). “When we think about economic development and giving Ohio an identity nationally and internationally, there is no doubt the Columbus Zoo and Jack Hanna have contributed immensely.”

“Jack Hanna has dedicated the past 35 years to promoting and branding the Columbus Zoo as a premier destination for fun and educational opportunities,” said State Rep. Stephanie Kunze (R-Hilliard). “One such educational experience was when my daughters and I witnessed the birth of Beco the baby elephant in 2009. I have fond memories of watching Jack’s appearances on Late Night with David Letterman. His efforts culminated in making our zoo the best in the country. This is not only a feather in the cap for central Ohioans, but for all of Ohio. Thank you, Jack, for your commitment to the treasure we have in central Ohio that has brought so much joy to so many over the years.”

“What Jack Hanna has been able to accomplish in these 35 years is amazing,” said State Rep. Cheryl Grossman (R-Grove City). “His incredible vision for the future of the Columbus Zoo and his passion for the community in and around Columbus is evident. I wish him and his family all the best and thank them for their unending dedication.”