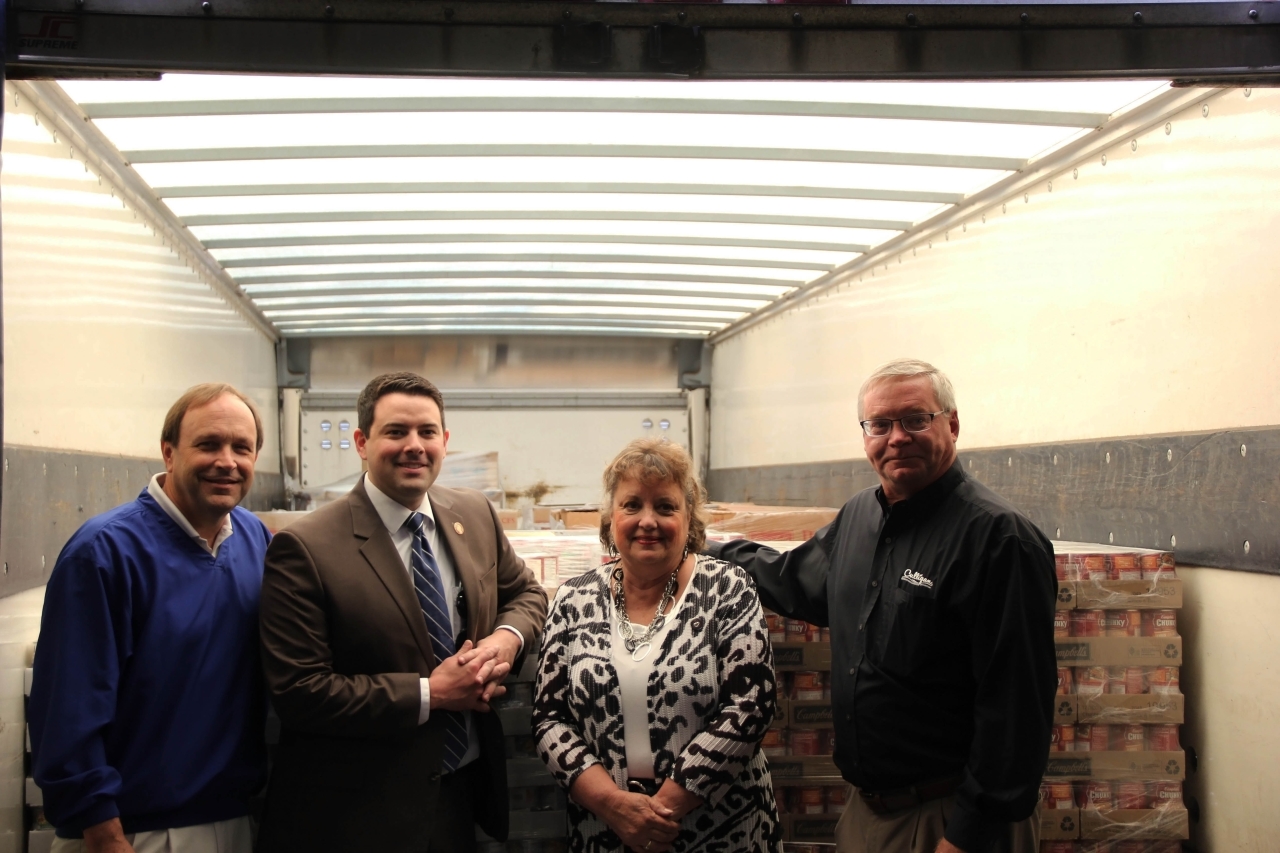 In addition to the food and money raised during the Operation Feed campaign, the House members delivered a truck-full of Campbell’s Soup Company products from the Campbell plant in Napoleon, Ohio.

“I would like to extend my gratitude to Campbell Soup in Napoleon for graciously donating over 20,000 pounds of food to the House of Representatives food drive,” said Rep. McColley. “Campbell Soup is an exemplary corporate citizen that the entire state can be proud of. I am honored that its plant is in my hometown. I would also like to thank former Representative Lynn Wachtmann for graciously agreeing to bring the donation down to Columbus in his box truck.”

The Mid-Ohio Foodbank, located in Grove City, Ohio, provides food to half a million of hungry Ohioans each year by partnering with more than 650 community partners across central and eastern Ohio.

“I’m very proud of the Ohio House of Representatives, who helped collect food donations to support the Mid-Ohio Foodbank,” said Rep. Grossman. “I am also grateful to Campbell’s Soup for their generous contributions, as well as the coordination of this effort by Representative McColley and former Representative Wachtmann.

“It is only when government, private sector, and charities come together, do we have any hope of ending hunger in our community,” said Matt Habash, president & CEO, Mid-Ohio Foodbank. “We are incredibly grateful for the leadership, commitment, and food & funds donations from the Ohio House, that will help us feed hungry Ohioans.”

In total, the Ohio House donated approximately 28,000 pounds of food.