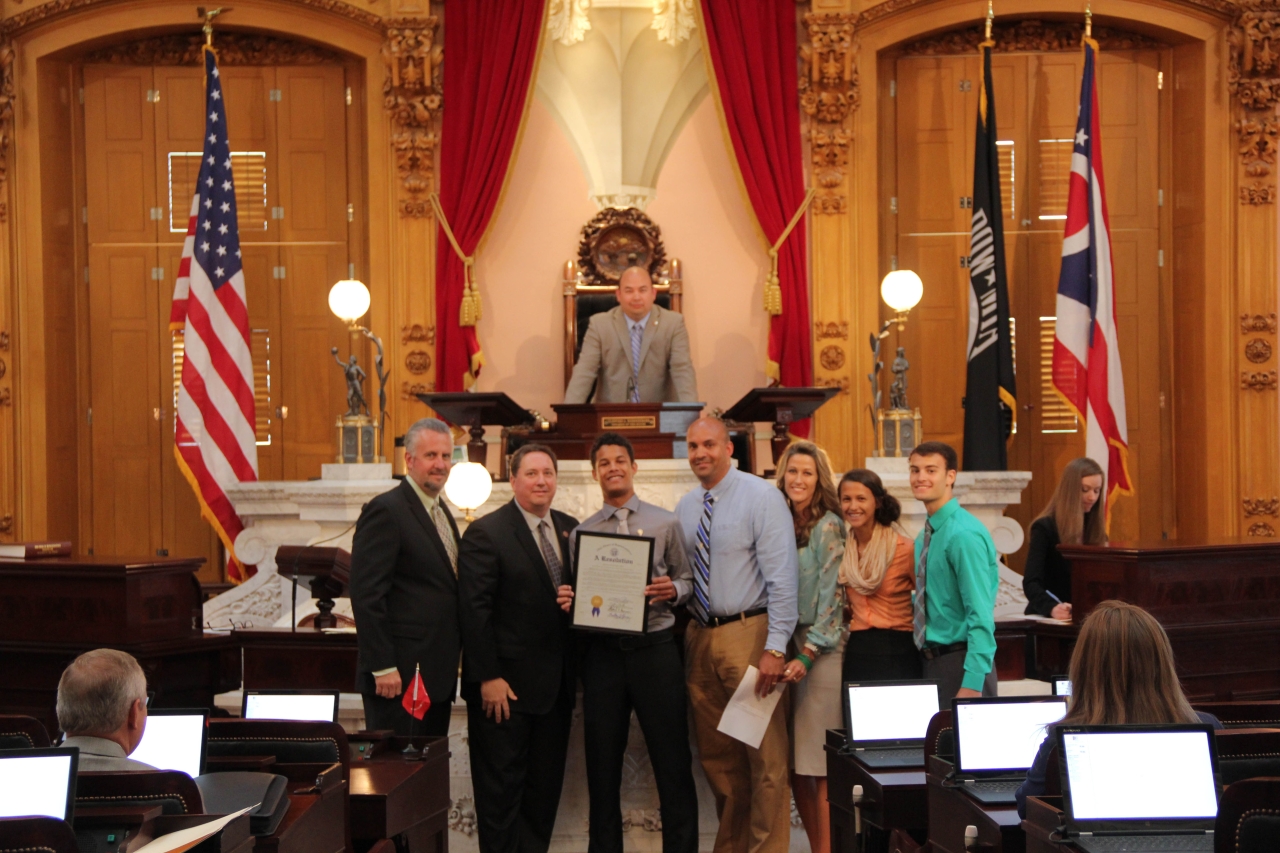 In 2010, Ethan fought a battle with viral myositis with rhabdomyolysis, which involves a rapid breakdown of skeletal muscle due to injury to muscle tissue. Ethan’s case was the worst Dayton Children’s had ever seen, and stands as the worst documented case worldwide to this day.

Ethan will now serve as a Champion Ambassador for Children’s Miracle Network, by spending the year sharing his story and advocating for children’s hospitals.

“It was truly an honor to meet Ethan and his family and present them with a House Resolution. Ethan is a great ambassador and role model for all of us to follow,” Representative Rezabek explained. “He not only survived his life-threatening illness, he is thriving, and that is something special. Having the opportunity to speak with him and have him share his experiences is something I will never forget.”