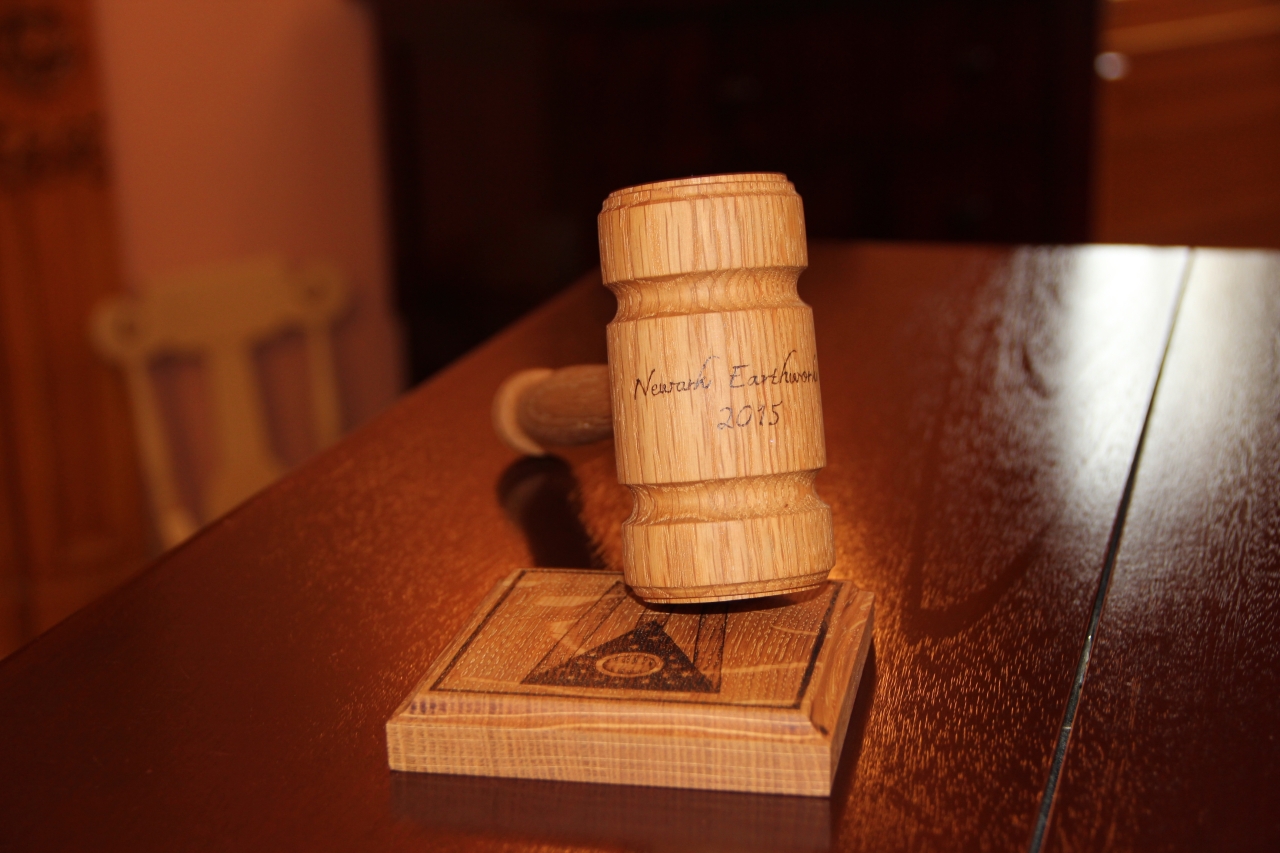 Today the Ohio History Connection presented the Ohio House with a gavel made from the wood of a 225-year-old North American Red Oak tree from the Newark Earthworks Historic Landmark that was downed in a storm several years ago.

The Newark Earthworks are internationally significant and have been relatively well preserved over the past 2,000 years since they were created by American Indians from the Hopewell culture. The Newark Earthworks is currently part of a nomination under consideration to become a World Heritage site. To help maintain Ohio’s ties to the Native Americans who once resided in the state, the gavel was made by Mr. Jody Gamble, a member of the Miami Tribe in Oklahoma.

Celebrating Ohio’s 212th year of statehood, Ohio History Connection CEO Burt Logan presented the historic gavel to Speaker Clifford A. Rosenberger and Minority Leader Fred Strahron, who accepted the gift on behalf of the entire House of Representatives. Mr. Logan also read a statement from Chief Doug Lankford of the Miami Tribe in Oklahoma, who was unable to be in attendance due to inclement weather.

“To Chief Lankford and the Ohio History Connection, thank you very much for this gift to the Ohio House of Representatives,” said Speaker Rosenberger. “For 212 years, this chamber has continued to move this state forward and I hope that this gavel will be here for 212 more.”

The wood used for the gavel pre-dates nearly everything in the historic Ohio Statehouse.