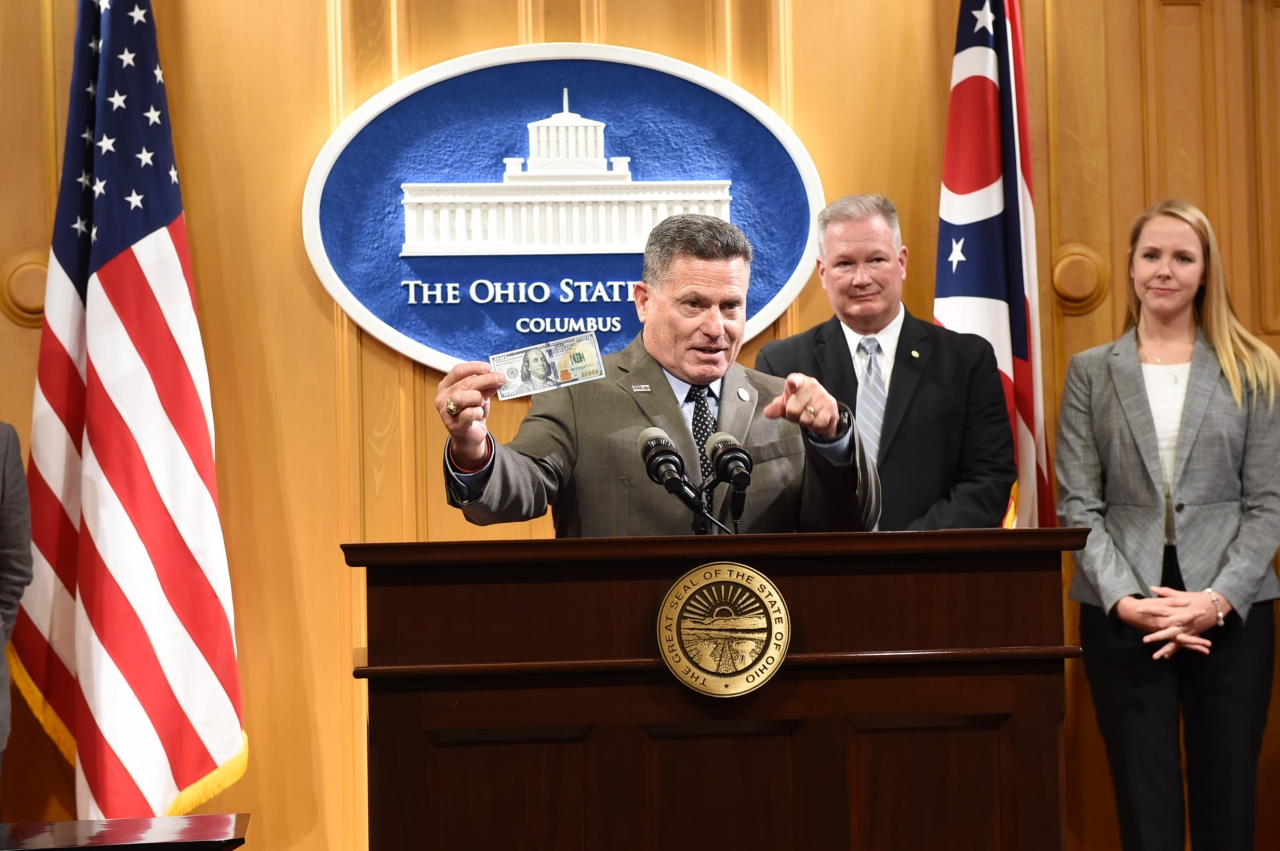 COLUMBUS—State Representative Rick Perales (R-Beavercreek) today announced that legislation he sponsored that specifically creates the criminal offense of counterfeiting in the Ohio Revised Code has been signed by Governor John Kasich.

House Bill 405 generally classifies counterfeiting as a fourth-degree felony, with the potential for harsher penalties based on the overall counterfeit value or the number of debit or credit cards involved.

“House Bill 405 will give Ohio’s law enforcement entities the tools necessary to support our colleagues in the U.S. Secret Service by holding counterfeiters accountable, and safeguarding Ohio’s economy and citizens who may be adversely impacted by this corrupt activity,” Perales said. “Ohio has opened a new offensive against the opioid epidemic. This legislation sets a national standard for others to emulate. I thank Governor Kasich for his support in taking action against the crisis impacting Ohioans everywhere.”

“This new law will protect Ohio citizens and empower state and local law enforcement officers to combat counterfeiters who victimize our communities,” Dye said. “We thank the Ohio Legislature and our partners for their support of House Bill 405.”

Current law in Ohio does not specifically address counterfeiting, which instead is typically charged as forgery, criminal simulation or theft. None of these existing offenses, however, were created to directly handle counterfeiting of currency or credit cards, precluding state law enforcement from holding criminals accountable.