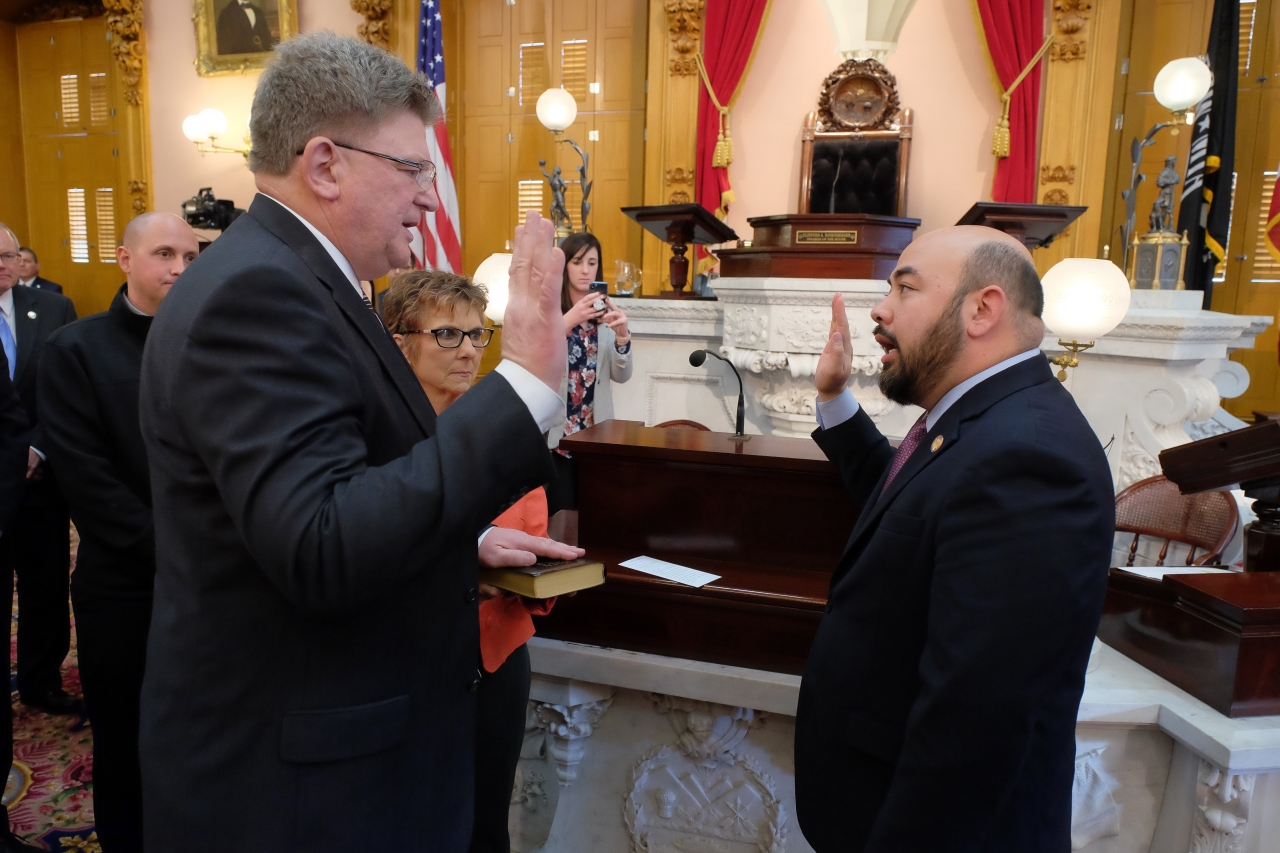 COLUMBUS—Jim Hoops was sworn in as state representative of the 81st Ohio House District after the House Republican Caucus unanimously voted to appoint him to fill the vacant seat during today’s House session.

“Based on his many years in public service, I am confident that Jim Hoops will hit the ground running upon returning to the Ohio House to serve the people of the 81st District,” Ohio House Speaker Cliff Rosenberger (R-Clarksville) said.

“I’m looking forward to working on the issues that are most important to the families of the 81st District,” Hoops said.

Hoops is currently the Associate Vice President for Strategic Initiatives at Northwest State Community College and previously served in the Ohio House from 1999 to 2006. A 1977 graduate of Patrick Henry High School, Hoops also previously served as Henry County Auditor from 1985 to 1998.

He and his wife, Deb, live in Napoleon.