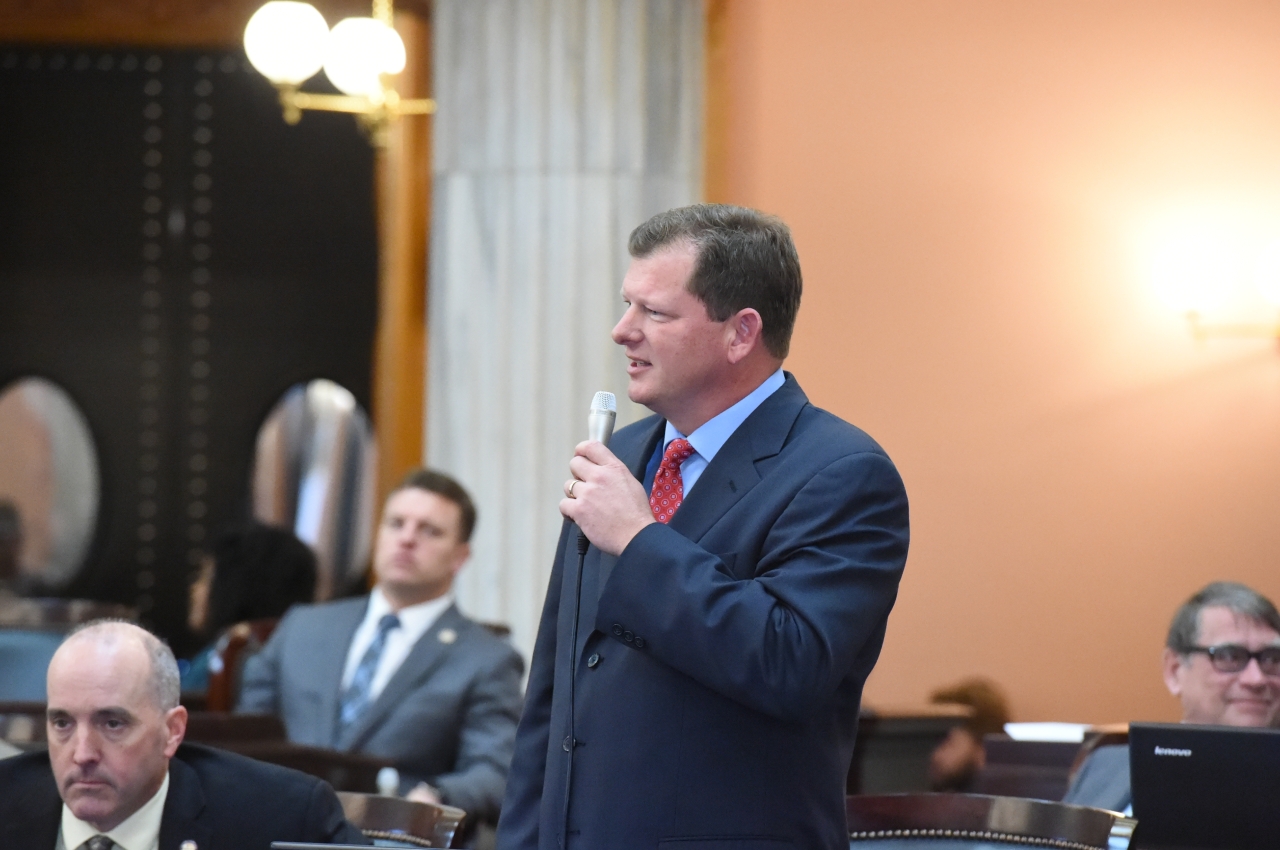 Stephens replaces Ryan Smith (R-Bidwell) in the 93rd District, which includes Gallia and Jackson counties, most of Lawrence County and part of Vinton County. Smith resigned to become president of the University of Rio Grande and Rio Grande Community College.

Joining Stephens for the swearing in were his grandmother, father, mother, mother-in-law, wife, and two of their three sons with his eldest son unable to attend.

“It was a very special moment having my family and friends there supporting me, and I look forward to serving the 93rd district,” said Rep. Stephens.

Stephens has an extensive background in local government, most recently serving as Lawrence County auditor. He previously served as Lawrence County commissioner. Stephens is a small business owner as well. He is currently is a licensed insurance agent and owner at Stephens & Son Insurance Agency, Inc.

“Representative Stephens is a hardworking public servant and small businessman,” said Speaker Householder. “He will serve the people of the 93rd District well.”

Stephens received his Bachelor’s degree in Economics/Finance and Business Management from David Lipscomb University in Nashville, Tennessee. He is an active member of the Rome Church of Christ in Proctorville. He has been married to his wife Juli for 25 years and they have three sons.

Stephens was sworn in today at the Ohio House session.