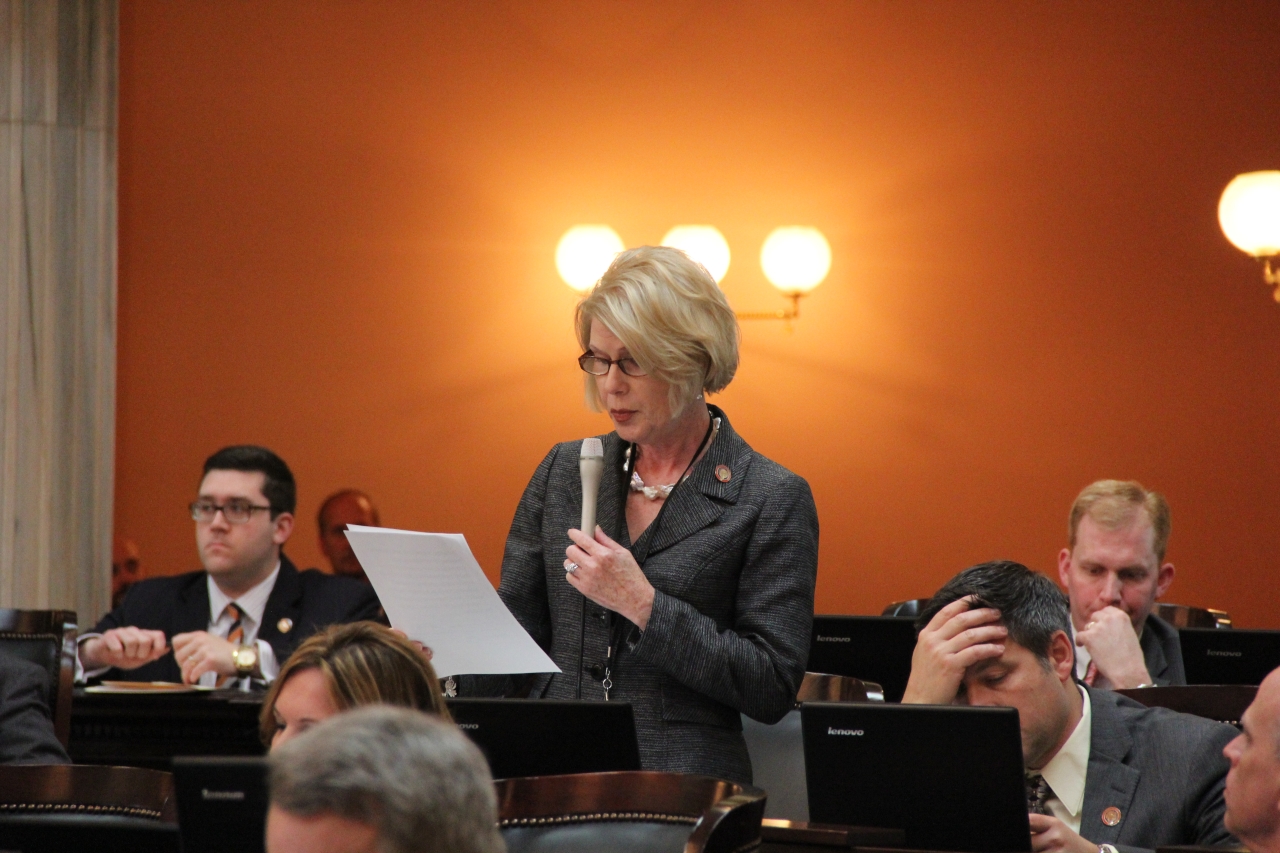 “HB 411 will bring needed awareness to this disease, and I am pleased to see our Buckeye State designate September 26th as a day to recognize DIPG,” Representative Pelanda stated.

Diffuse Intrinsic Pontine Glioma mainly affects children and is a rare brainstem tumor. It is commonly known as pontine glioma, infiltrative brainstem glioma, or DIPG, and occurs in the part of the brainstem that controls breathing, blood pressure and other vital functions.

Pontine Glioma is difficult to treat due to the way the tumor attacks brain tissue, as well as its location. Each year in the United States 300 to 350 new cases are diagnosed predominantly affecting children under the age of 10. Boys and girls are affected equally by DIPG. In the House Health and Aging Committee, Tammi Carr testified in support of the legislation. Tammi’s 5 year-old son Chad succumbed to the disease in November 2015 and his story received national attention from ESPN and other outlets. Tammi was accompanied by her husband Jason and Chad’s grandfather, former University of Michigan Coach Lloyd Carr. Additional supportive testimony was submitted by the James Cancer Center, Nationwide Children’s Hospital, and Youngstown State University President and former Ohio State University football coach Jim Tressel. September 26th marks the date of Chad’s birth.

H.B. 411 will now head to the Ohio Senate for further consideration.