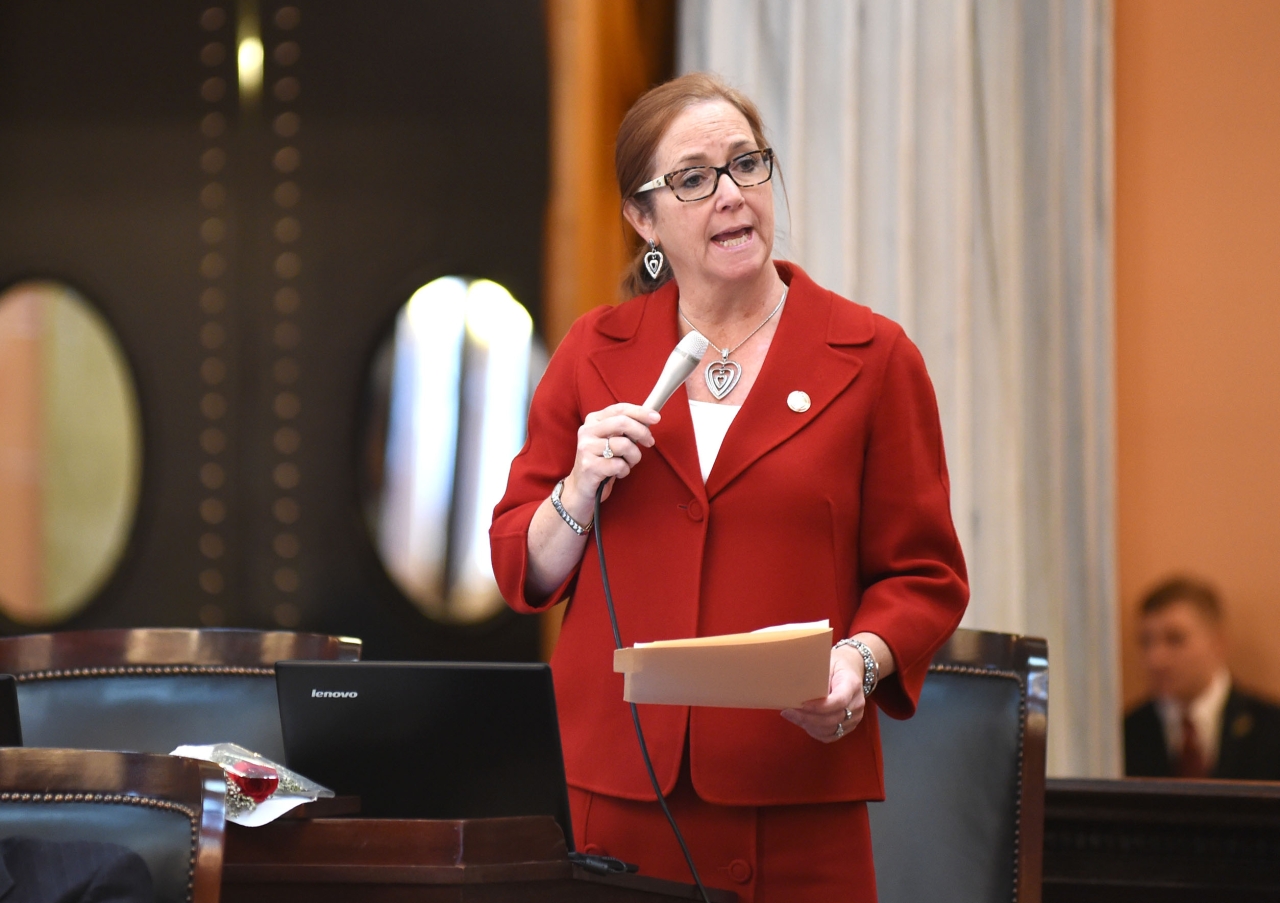 State Representatives Barbara Sears (R-Monclova Township) and Mike Dovilla (R-Berea) today applauded the passage of legislation from the Ohio House that recognizes “BratPins,” which are pins worn to honor those who grew up as dependents of military service members, also commonly known as “Military Brats.”

House Concurrent Resolution 26, jointly sponsored by Reps. Sears and Dovilla, works to recognize the hundreds of thousands of Ohioans who were raised by military service members. Created by a constituent of Rep. Sears who is an Air Force military brat, the “BratPin” features a dandelion and pays tribute to the commitment, sacrifice and service required of these individuals.

“As the son of a U.S. Navy sailor and a Naval Officer for the past 14 years, I am pleased to honor the children of Armed Forces members,” said Dovilla. “Our military personnel do not serve alone; their families serve and sacrifice with them. They deserve our highest esteem and eternal gratitude.”

“Like Rep Dovilla, my father served in the Army,” Rep. Sears said. “Although I was very young when my Dad left the Army to take over my uncle’s dental practice in Toledo.  I have a great appreciation for the uniqueness of being a child in a military family.  This pin allows military children around the world to recognize each other as a part of a fraternity joined together in a common bond.”

“BratPins” can be purchased at www.bratpride.com, where more information can also be found on the history of the pin.  All proceeds from the sale of these pins go to the non-profit organization, Brats Without Borders, that raises awareness  for Military Brats and Third Culture Kids (or children raised in multiple countries) through research, outreach and other resources.