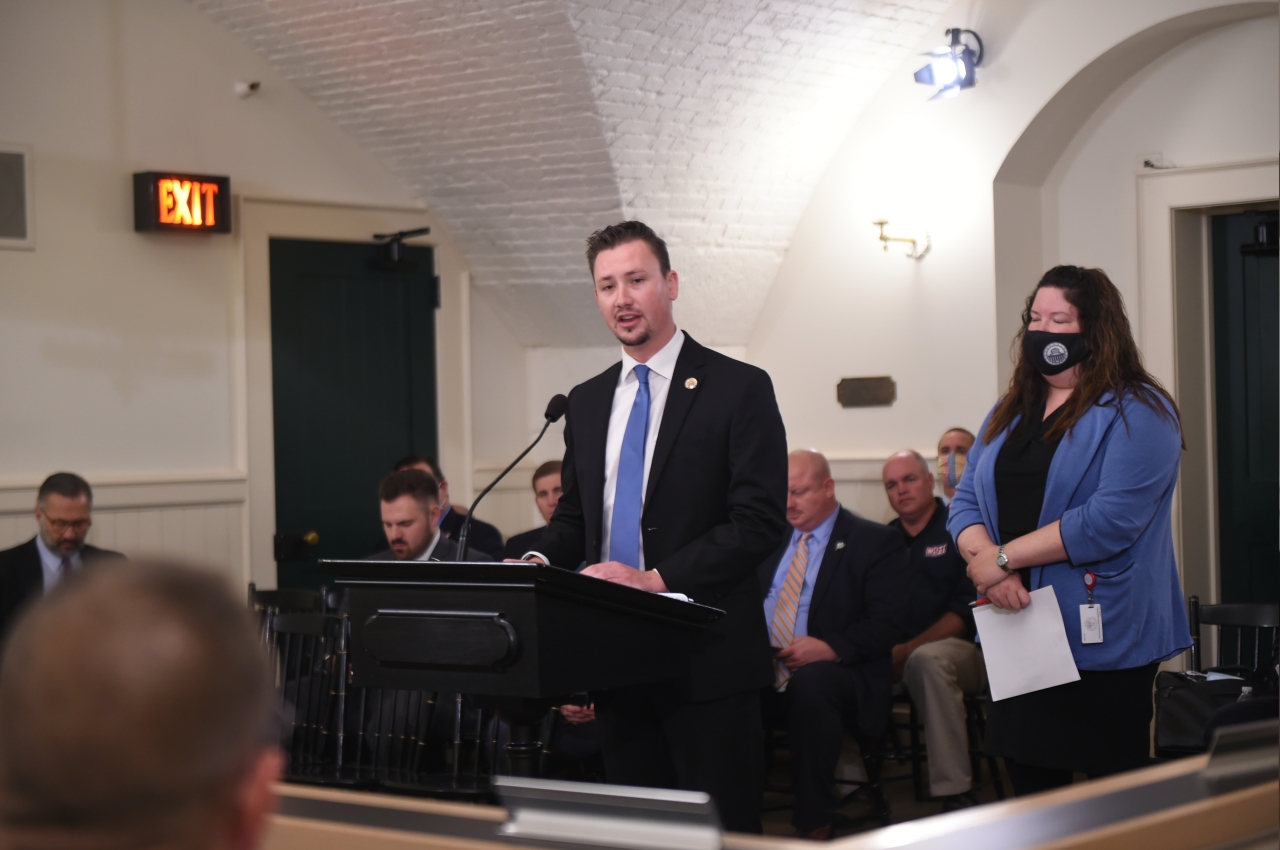 State Rep. Thomas Hall (R-Madison Twp.) testified earlier today on House Bill 361, which is a bipartisan bill that seeks to stop railroad companies from blocking crossings. Hall is a joint sponsor of the legislation alongside State Rep. Jessica Miranda.

“I have with me today logs and information that were provided to me by people from my district of blocked crossings,” said Hall. “One instance just took place two weeks ago, with a family being blocked for over 60 hours due to a train waiting for a new crew. These are people trying to do the simple things, like take their kids to school or sports, get home from work or run to the store - all not being able to because of the blocked crossings they encounter.”

Hall noted during his testimony that he has heard from many residents within his district about the concerns of this ongoing issue. Hall sought to meet with local officials and the county engineer before resorting to introducing a bill.

Under House Bill 361, it will require railroad companies that block crossings to submit an incident report to the PUCO. The PUCO will then compile an annual incident report that is to be shared with the Ohio General Assembly. The increased penalties include:

Today’s hearing was the first for House Bill 361 and awaits further consideration in the House Transportation and Public Safety Committee.