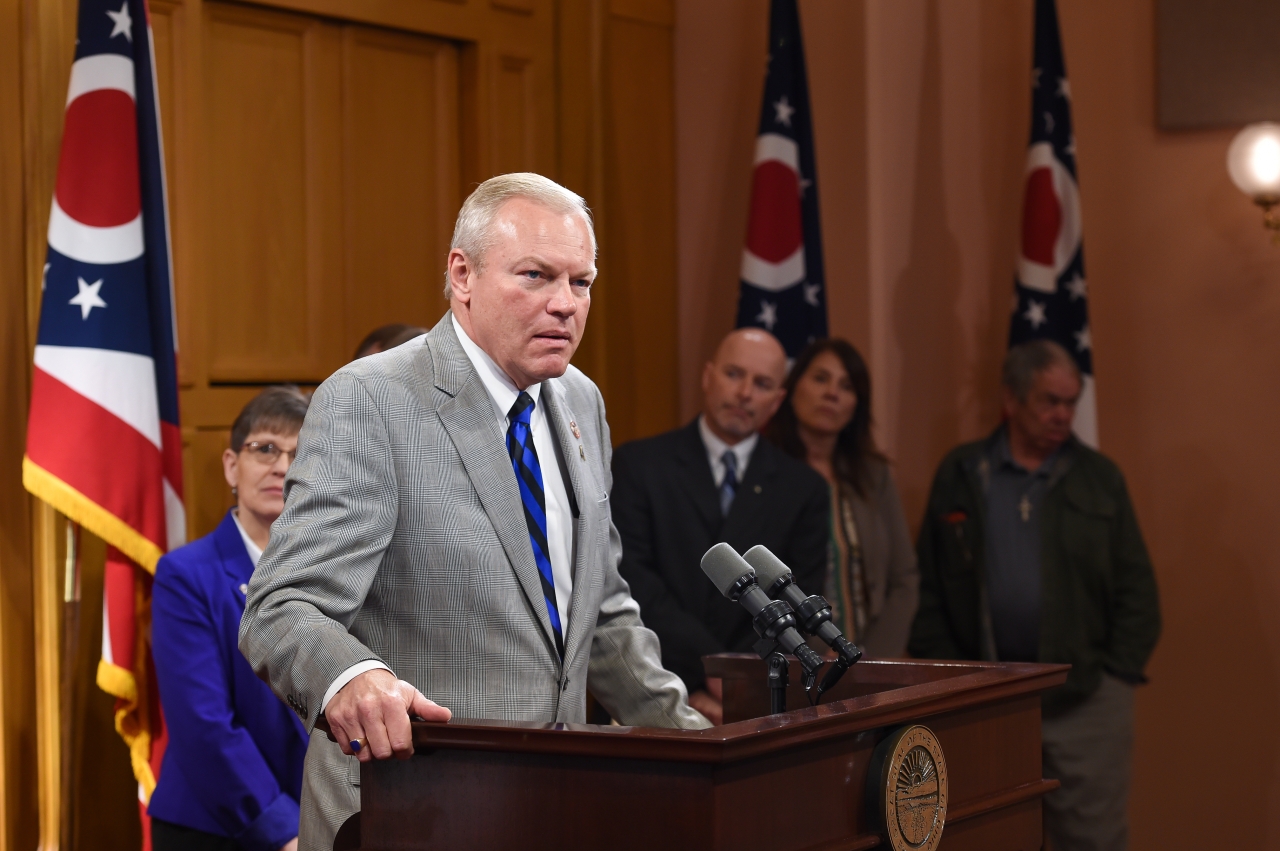 The new law establishes a pilot program that consolidates certain drug court proceedings for the Tiffin-Fostoria Municipal Court and the Seneca County Court of Common Pleas, both of which are now located in the same building, the new Seneca County Joint Justice Center. Because Seneca County is predominantly rural, both courts see the same defendants and deal with the same issues, regardless of jurisdiction.

The legislation applies only in situations when 1) the court finds that the offender’s addiction to a drug of abuse was the primary factor leading to the offender’s commission of the offense charged, and 2) the offender is admitted to participate in the “Participating in Victory of Transition” (PIVOT) drug recovery program.

“I appreciate the efforts of Judge Shuff, Judge Kelbley, and Judge Repp in developing an important, collaborative, and innovative approach for Seneca County to combat the opioid crisis,” Reineke said. “The pilot program, PIVOT, between the Tiffin-Fostoria Municipal Court and the Seneca County Court of Common Pleas is an admirable example of accountable and responsive service to the citizens of Seneca County.”

House Bill 354 only consolidates the jurisdiction of the two courts in cases of low-level drug offenses. The legislation does not provide concurrent jurisdiction in nearly any other criminal actions or proceedings.

The pilot program will operate for five years, at which time the General Assembly can choose to extend the program, make it permanent, or let it expire.