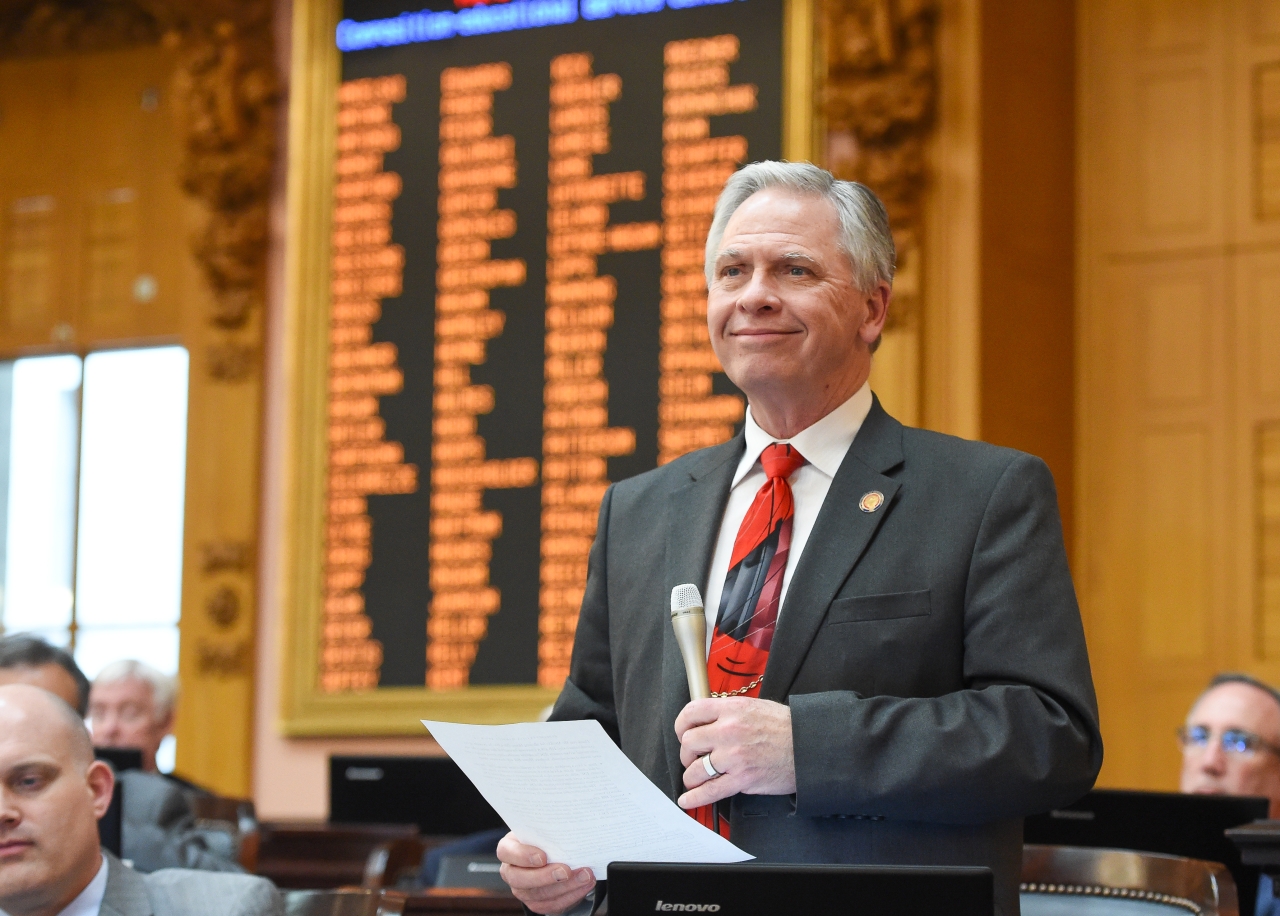 House Bill 8
House Bill 8, which Hambley joint-sponsored with Rep. Jeff Rezabek (R-Clayton), will protect certain personal information pertaining to a minor who was an occupant on a school bus at the time it was involved in a traffic accident. State and federal law currently protects this information when the child is on school property, however, it does not protect certain information when it relates to school transportation. Police reports will still include this data, but the minor’s information must be redacted when the incident is reported.

The issue was brought forward by a constituent in Rep. Hambley’s district in which a child was a passenger on a school bus that was involved in a traffic accident. Following the incident, the child’s personal information, such as their birthday, home address and phone number, was made public.

House Bill 21
House Bill 21 requires community schools, instead of the school district itself, to confirm the residency of its students, which will improve accuracy for the allocation of state funds. Community schools must review residency records monthly and provide the Ohio Department of Education with an enrollment report annually.

House Bill 438
House Bill 438 improves policies governing Ohio’s educational service centers (ESC) in order to better serve local school districts. The bill allows governing boards of ESCs that serve only one county to add members to their governing board to represent the local school district that the ESC serves. This simply applies the same authority given to multi-county ESCs to single-county ESCs to ensure full and adequate representation on the board. It also allows a local school district to sever its territory from one ESC in order to join an adjacent ESC. This only applies to those districts who had previously taken these steps prior to 2011 through a portion of the Ohio Code that has since been repealed.