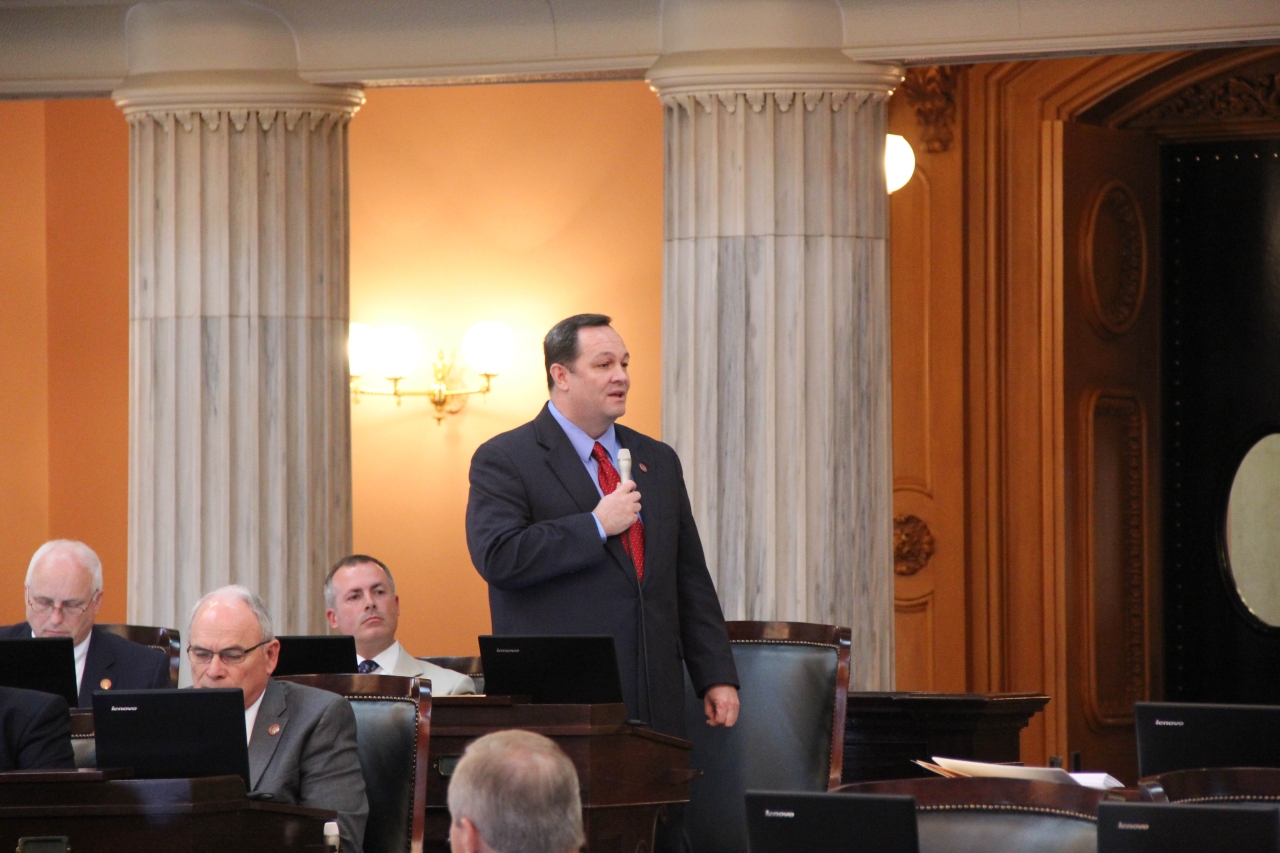 “This bill will allow us to identify serial criminals and potential abusers of people thereby helping us protect our children and families.”

Sponsored by Reps. Dave Hall (R-Millersburg) and Bill Patmon (D-Cleveland), House Bill 60 makes it a fifth degree felony to knowingly cause serious physical harm to a companion animal, such as pets or domestic creatures. This is generally defined as activities involving a substantial risk of death, a partial or permanent incapacity, long-term pain, or deprivation of food, water and shelter.

HB 60 also broadens the definition of “companion animal” to include animals that are kept inside a pet store, whereas the previous definition was limited to a residential dwelling.

“This bill is very important to the constituents I represent in the 70th House District. We want to better protect companion animals for all Ohio families from the dangers of abuse by elevating punishments for these abusers.”

During testimony, the bill sponsors said there is a strong link between mistreating animals and committing other crimes. A study released by Northeastern University and the Massachusetts Society for the Prevention of Cruelty to Animals (MSPCA) found that 70 percent of people who committed crimes against animals were also involved in violent, property, drug or other disorderly crimes. The report also found that a person who has committed abuse against an animal is five times more likely to commit violence against people.