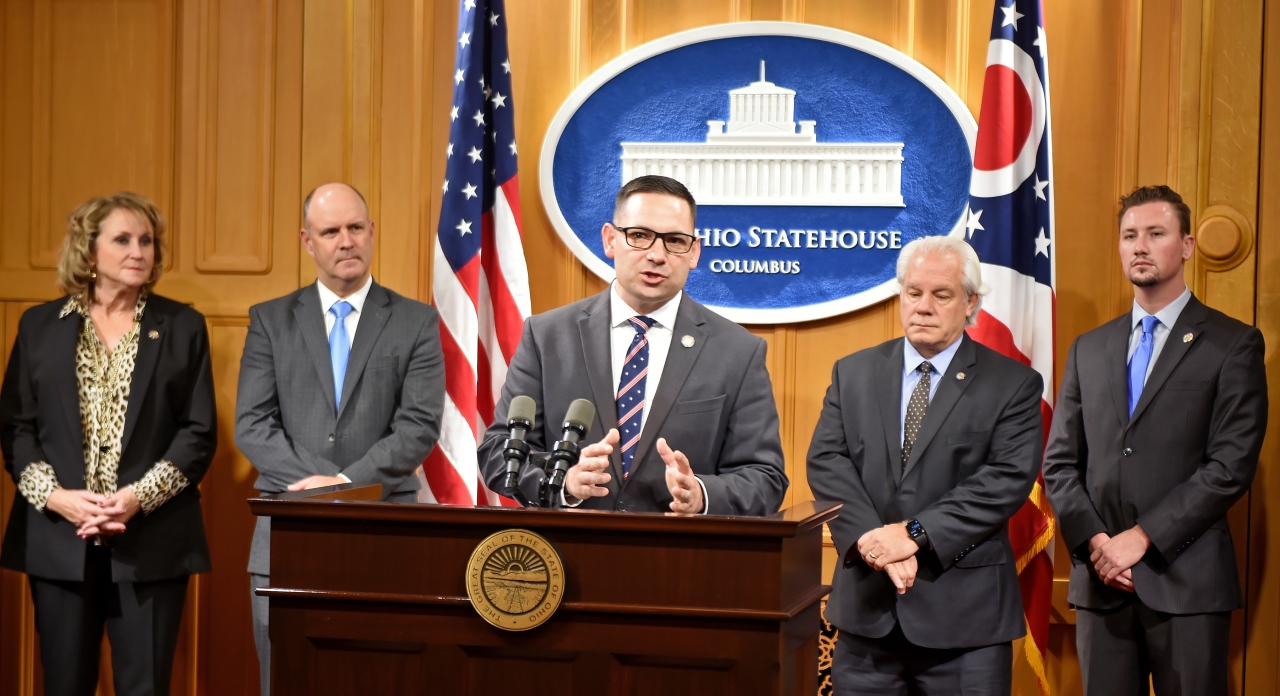 State Rep. Haraz N. Ghanbari (R-Perrysburg) launched a nationwide challenge dubbed “#RideAlongAndLearn,” during a press conference Wednesday at the Statehouse. Ghanbari called on elected officials and key leaders across the country to engage with their local law enforcement and first responders.

“The law enforcement community is being ‘defunded through the demoralization of their profession,’” said Ghanbari. “I am challenging our elected officials and key influencers across the country to spend a shift on a ride-along with their local LEOs; it will provide an opportunity to gain an appreciation of their service, sacrifice, training and professionalism.”

The idea for the challenge became clear following Ghanbari’s extensive engagement with law enforcement officers and first responders nationwide. He frequently rides entire shifts with the Ohio State Highway Patrol and other entities throughout his district. In 2020, Ghanbari completed the 36-hour State of Ohio Volunteer Fire Fighter course to get firsthand knowledge of the challenges faced by volunteer departments across the state.

Ghanbari said he is hopeful more public officials will participate in “ride-alongs” to help facilitate a better dialogue between lawmakers, citizens, law enforcement and other first responders.

“It’s a great idea to have elected officials do ride-alongs and understand what it's like,” said Gary Wolske, president of the Fraternal Order of Police of Ohio. “I think it’s important for them to physically see what goes on during an officer's day-to-day work. It's a different and relevant perspective that will help policymakers at the local, state and national levels.”

Ghanbari was joined during the press conference by several of his colleagues who have participated in ride-alongs and support the #RideAlongAndLearn challenge.

The full press conference can be watched at https://ohiochannel.org/video/press-conference-discussing-law-enforcement-and-first-responder-engagement.