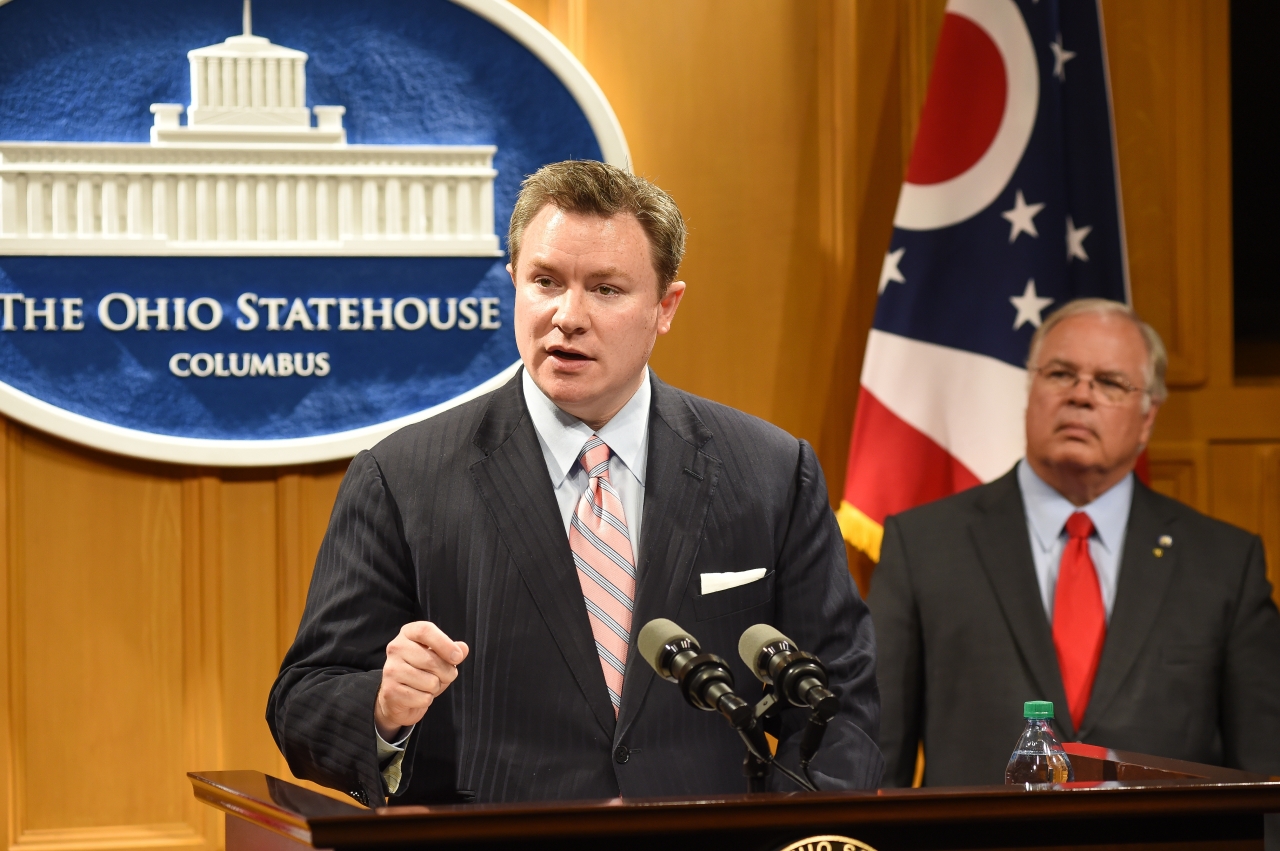 The bill is supported by the Ohio Chamber of Commerce’s Small Business Council, which consists of small businesses in Ohio with between 1-400 employees.

“Whether you are a small business in Ohio or simply a citizen dealing with regulation, I think everyone can agree we should have standards for notifying the public, making sure rules are consistent with state law and that there is an oversight process that is public,” said Uecker. “This bill is a step toward making the rule process fair for everyone, and especially small businesses.”

“For whatever reason, state agencies occasionally publish ‘policies’ that put regulations on Ohioans, but which have not gone through formal rulemaking as required by state law,” said Duffey.  “That means no public hearings, no oversight by the legislature and no opportunity for the public to comment.  This legislation will fix that and ensure a fair hearing for all affected parties.”

The bill was developed in coordination with the Ohio Legislative Service Commission and continual feedback from the Ohio Chamber of Commerce’s Small Business Council for the past six months.

“Senate Bill 303 and House Bill 503 are vitally important, especially to small businesses. Most small employers do not have the resources to interpret or implement new agency rules,” said Bill Bishop, Chairman of the Ohio Chamber’s Small Business Council. “This legislation includes many pro-business provisions which aim to ensure that if new rules are created, the firms affected have some added protection from undue negative business impacts.”

Components of the legislation include:

*  If an agency improperly establishes a rule through policy, instead of through formal rulemaking as required by Ohio Revised Code Chapter 119, then JCARR will have the authority to call the agency before the committee to explain why it did not file a rule and formally ask them to file.

*  This review process would extend to inaction on rules that state agencies are statutorily required to propose, but which have not been proposed.  It is not uncommon for state agencies to never file rules, despite a state law charging the agency with that responsibility.

*  Agencies would periodically be required to follow a process of self-examination to search for policies that should be formalized in rulemaking.

*  A person may petition an agency to write rules if they have been a party to adjudication, an order or civil action. If the agency agrees, they have nine months to write the rules.  If not, the agency must provide the petitioner with a public hearing to explain why they would not write rules.

*  If adversely impacted by a policy that did not go through rulemaking, a person may have a cause of action in court and receive court costs and attorney fees.

*  If the Auditor of State discovers policy in lieu of rulemaking during the performance of a state agency audit, then the auditor must flag that discrepancy for review by JCARR.

*  When a rule incorporates another document by reference – for example, a manufacturer’s manual as it relates to safety standards – the agency must include a dated citation for that document and may not automatically include future versions of that document without JCARR review.

*  When a rule incorporates another document by reference, but that document is not easily available to the public, then the agency must provide a copy for review at no cost to the requester.

*  Technical changes, such as allowing an agency to avoid the requirement to furnish JCARR with reference documentation if such documentation is readily available without charge. This will lessen paperwork for agencies under existing law, thereby streamlining the JCARR process.

*  Adds a 7th prong to JCARR invalidation criteria that would allow the committee to initiate an invalidation recommendation if a rule imposes a fee that is not reasonable or fairly related to the cost incurred by the agency. For example, if an agency attempted to charge fees that resulted in vastly more revenue than the regulation actually costs to administer.

*  Allows JCARR to review rules between regular 5-year rule review periods if a rule has an unforeseen effect on business.  This would require a majority vote of JCARR to initiate.

*  Expands the definition of “adverse impact” on business to include rules that are likely to reduce the revenue of a business or increase the expenses of the business, and would trigger CSIO review.

If enacted, this legislation will help ensure that Ohioans attempting to understand regulation will know that the regulations will be codified in the Ohio Administrative Code, eliminating burdensome searches for informal policies that are less public and more difficult to discover.  It will also provide them with an opportunity to receive email alerts when such rules are proposed and to speak in a public hearing.

By adding the 7th prong for unreasonable or unfair fees, the legislature will have stronger oversight over various state agency fees to ensure the amounts being charged relate to the purpose of their existence.

Together, the bill will help Ohio businesses better understand, comment upon and influence the drafting of rules being proposed by state regulatory agencies.