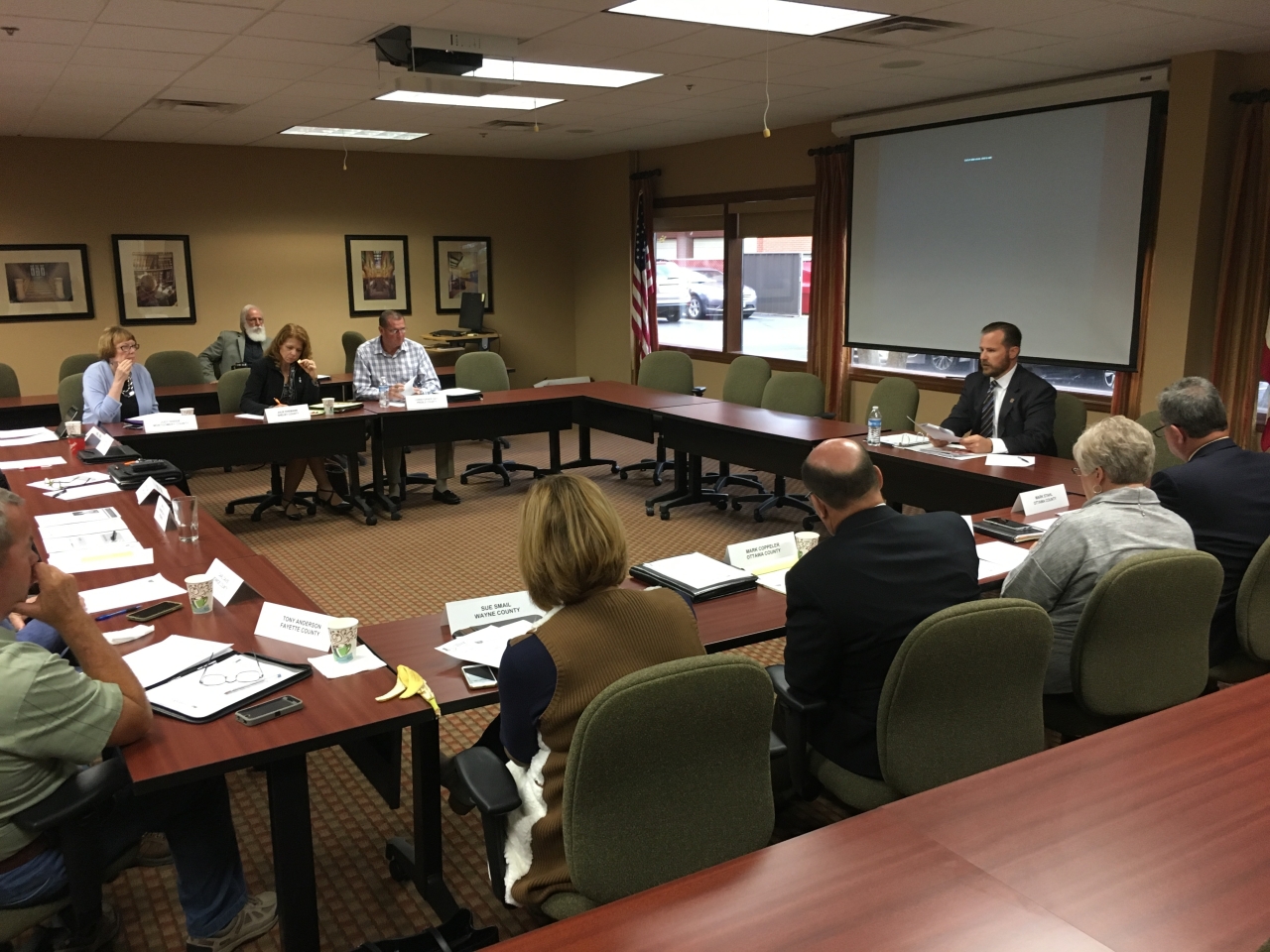 COLUMBUS—State Representative Rick Carfagna (R-Genoa Township) today met with members of the County Commissioners Association of Ohio (CCAO) to discuss House Bill 281, legislation he is sponsoring that deals with broadband expansion in Ohio. House Bill 281 would effectively combine efforts by government and private enterprise with the goal of expanding broadband connectivity to unserved households across Ohio.

The bill targets the problem of “last-mile” connectivity to residences where it remains too expensive for private broadband providers to extend their services. This would impact both large areas unserved by broadband service, as well as smaller clusters of households within communities that are already served.

By incentivizing cooperative efforts across local, county and state levels to pool resources and reduce last-mile construction costs, the bill encourages these communities to utilize revenues that have been derived from infrastructure and reinvests them back into local infrastructural needs, such as improved broadband access.

At the meeting with the CCAO, Rep. Carfagna underscored the importance of working with local governments on this initiative.

“Too many Ohioans still lack access to broadband service because of where they reside and this legislation is aimed at providing a mechanism to help expand coverage,” said Carfagna. “Our county governments play a vital role in this legislation and I appreciate the opportunity to present my bill and gain input on ways to strengthen it as the legislative process continues.”