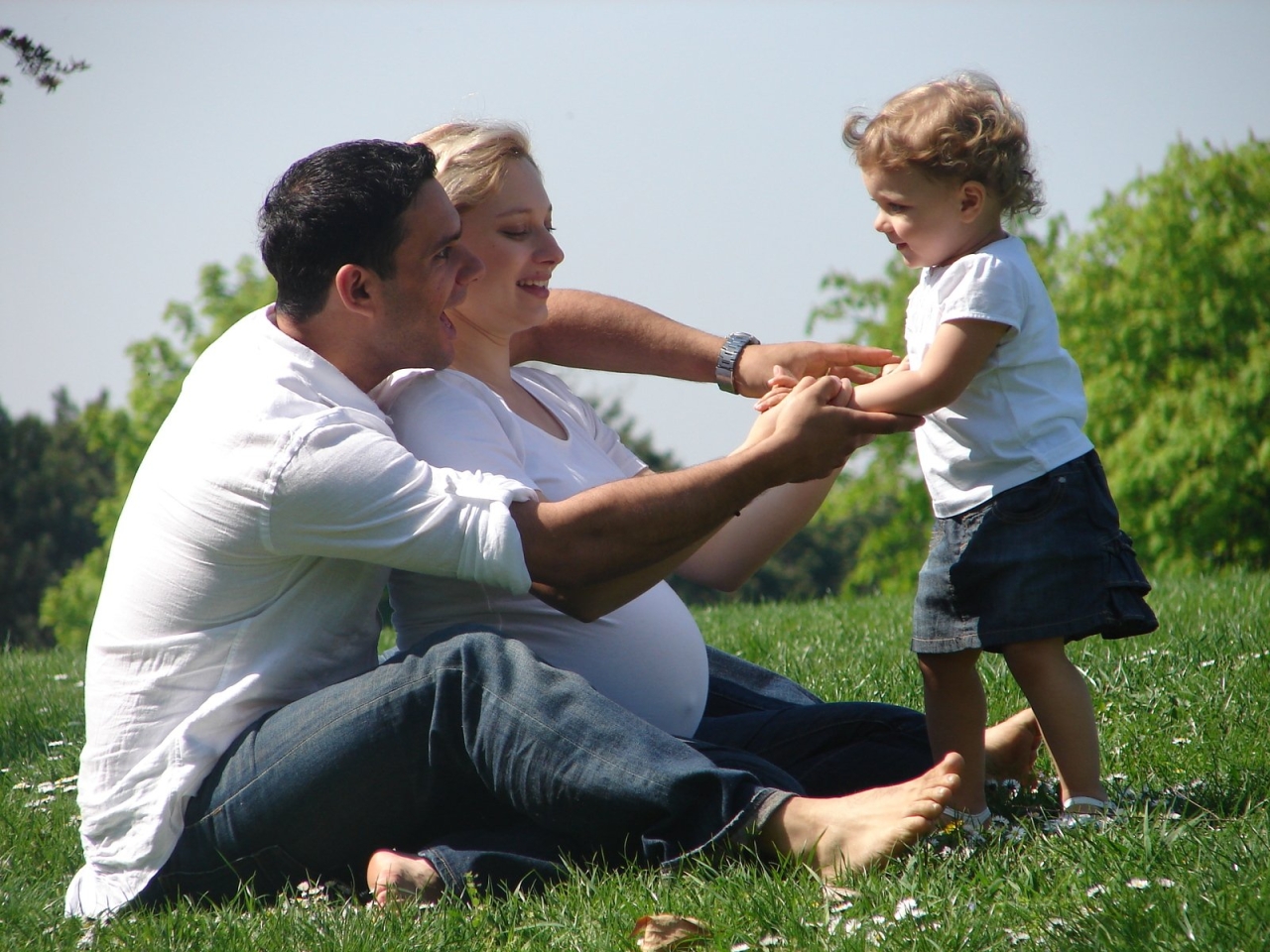 State Rep. Emilia Strong Sykes (D-Akron) today announced legislation that would designate the month of May in Ohio “Maternal Mortality Awareness Month” to recognize the Ohio mothers who die each year from pregnancy related complications.

The number of Ohio mothers who die from pregnancy related complications has increased threefold from a decade ago. The average death rate in 2016, according to the Ohio Department of Health, is 85 women per 100,000 live births.

“Ohio has the opportunity to be a leader in maternal mortality awareness,” said Sykes. “By designating a month for awareness, we will bring light to the various causes of maternal mortality, develop new ideas and protocols to limit and eliminate pregnancy related death, and show the women of Ohio that the state supports their health and well-being during and after pregnancy.” 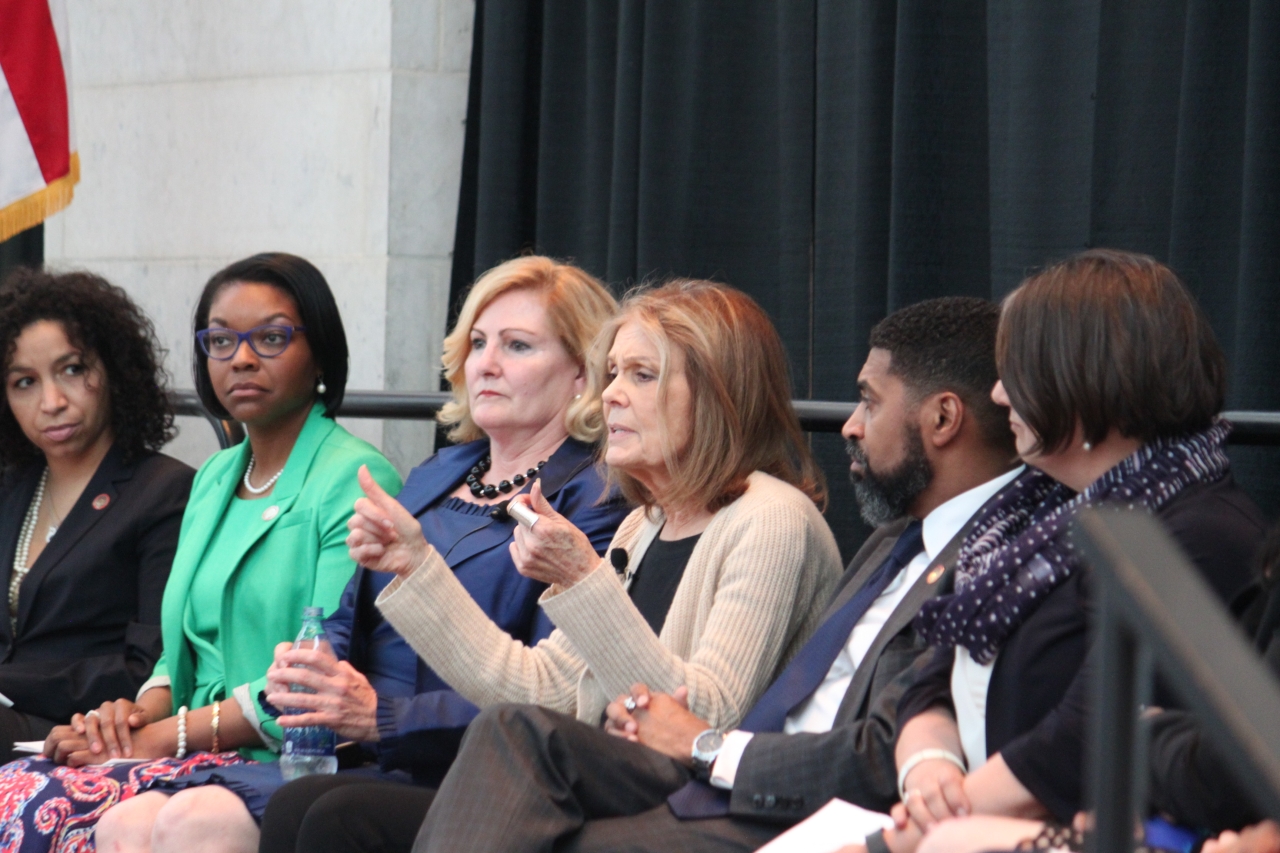 "I was born and grew up mostly in Toledo. Later, when I needed an abortion -- as has one in three American women at some time in our lives -- I was in London, where it was safe and legal. This taught me why medical procedures should not be decided by politicians.

“We must not allow a political regulatory scheme to close Toledo’s remaining abortion clinic. Its absence would not diminish the number of abortions but would increase the injury and death of women in my home city and state. Democracy begins with each person's control of his or her own body. Without reproductive freedom, there is no democracy for America women.

“I strongly urge ProMedica and St. Luke's Hospital to safeguard women's health by signing the transfer agreement needed to keep safe, legal abortion services available in Greater Toledo.  Ohio hospitals must not allow themselves to be used by politicians to hurt women’s health.”—Gloria Steinem

“The Ohio Supreme Court ruled against the reproductive rights and health of Ohio women by upholding a regulatory scheme designed to close Toledo’s only remaining abortion clinic. I know that if this clinic closes, women in northwest Ohio will suffer. I urge ProMedica and St. Luke's Hospital to safeguard women's health by signing the transfer agreement needed to keep abortion services safe and legal in the Toledo area. We can’t let politicians use Ohio hospitals to eliminate a safe, constitutional medical procedure.” —Rep. Teresa Fedor (D-Toledo) 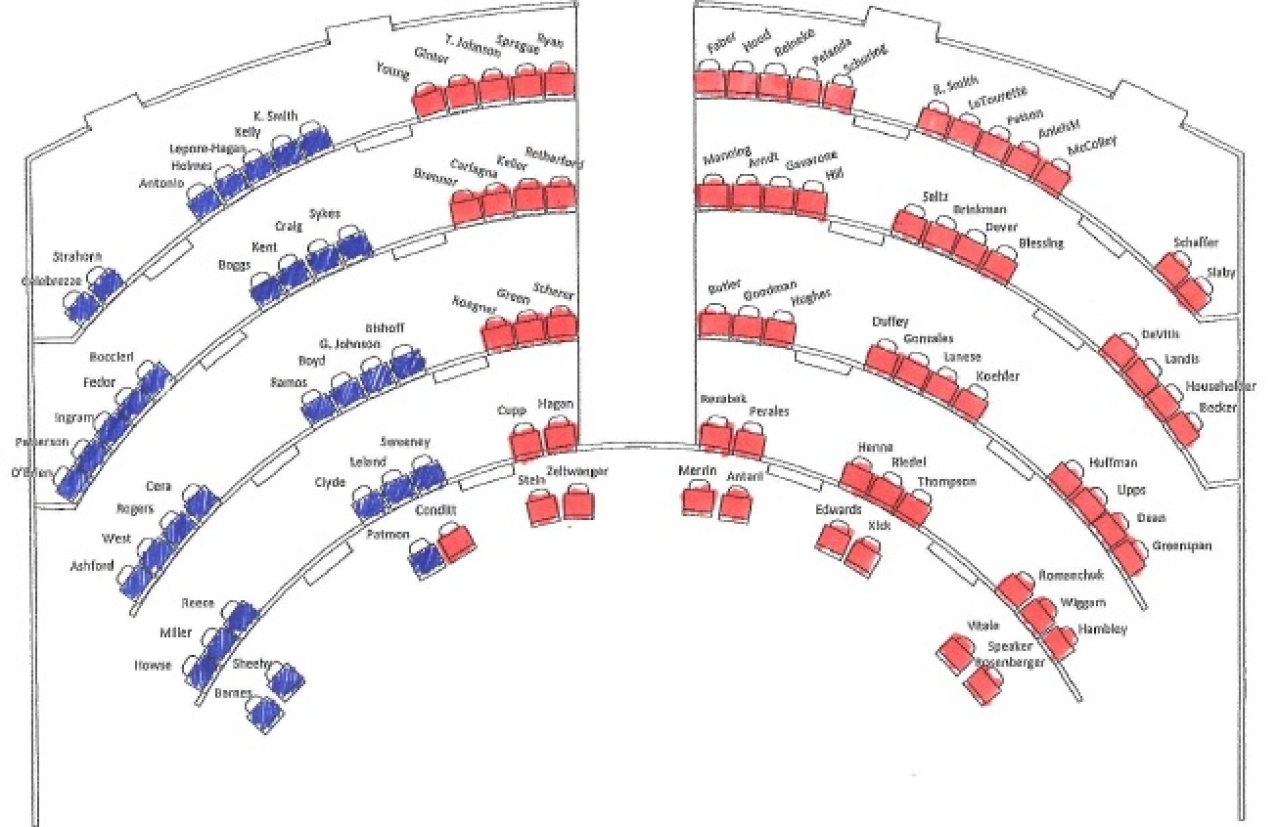 Following months of negotiation, the Ohio House today passed Senate Joint Resolution 5, bipartisan legislation that puts a constitutional amendment before voters in May to restrict congressional gerrymandering in the state.

“After months of negotiation, thousands of Ohioans speaking out, and several false starts, we’re closer to stopping congressional gerrymandering today than we have ever been before. Though imperfect, this latest plan represents one of the most fundamental tenets of our American democracy – compromise,” said House Democratic Leader Fred Strahorn (D-Dayton). “We support this plan today, with the hope and expectation that it will help impart that same spirit and guiding principle of cooperation on Washington in the near future.”

Democratic House expressed concerns over several parts of the proposed plan that they see as loopholes that, in extreme cases, could still allow partisan congressional district rigging. Ultimately, most Democrats still supported the final language in the resolution.

Each February, Black History Month raises awareness about the significant portion of the American story that African Americans have authored. From science and business to literature, the arts and public service, Black History Month highlights the struggles and triumphs of our nation. 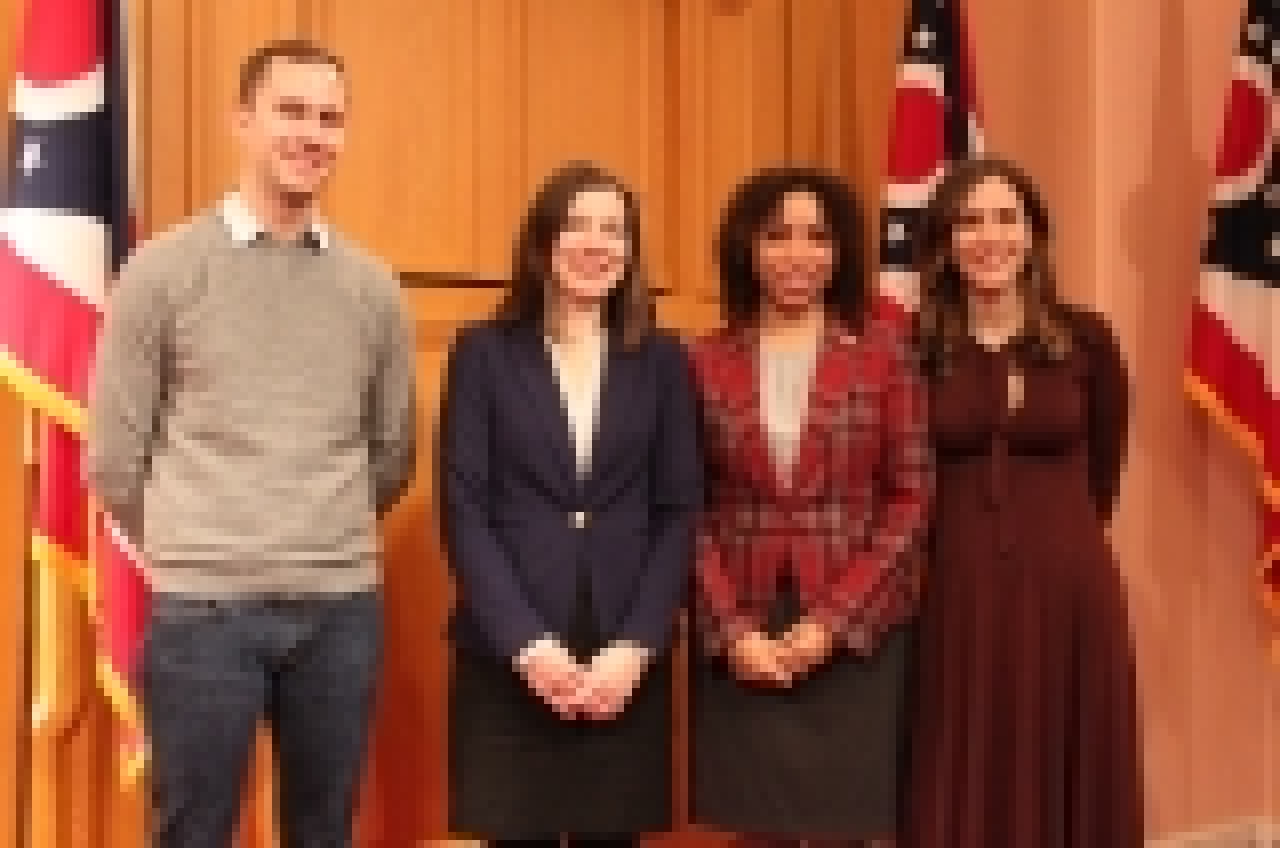 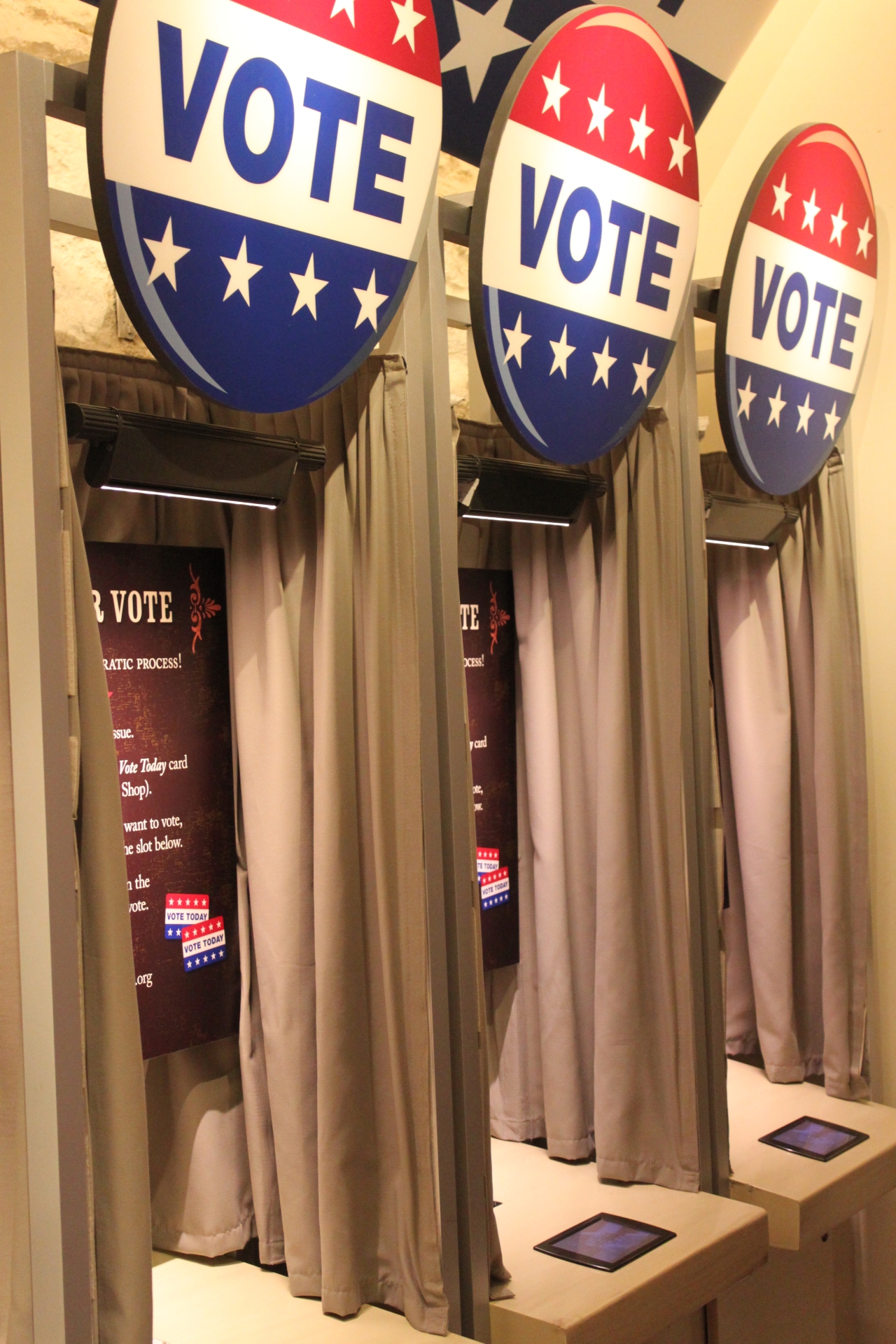 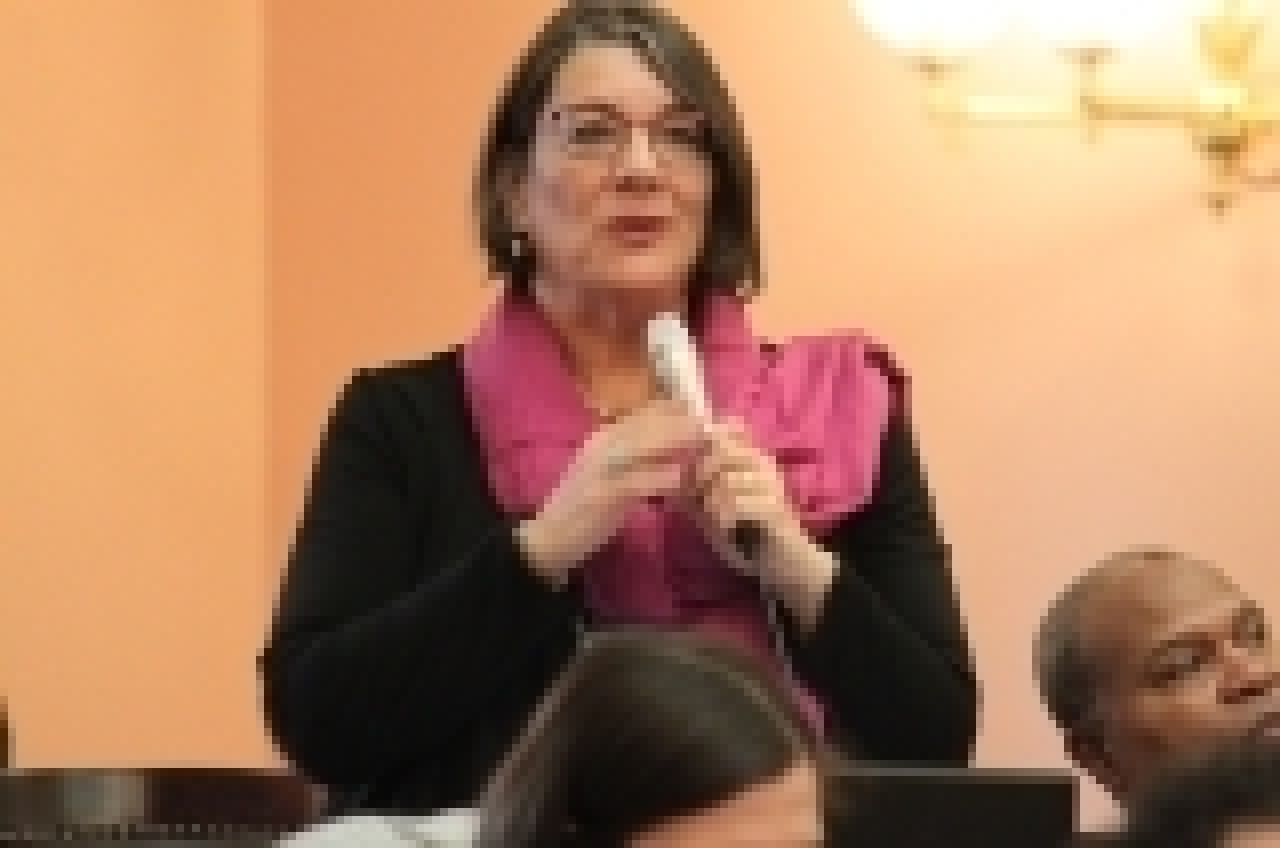 “Gerrymandering has turned the idea of the ballot box being America’s great equalizer on its head, allowing politicians to choose their voters rather than having voters choose their politicians,” said OLBC President and state Rep. Stephanie Howse (D-Cleveland). “SJR 5 only makes what’s wrong with current law worse. SJR 5 keeps the authority to redraw districts within the state legislature and eliminates key controls that seek to end rigged districts and give Ohio voters fair representation.”