State Rep. Kathleen Clyde (D-Kent) today introduced House Bill 637, the Ohio Future Voter Act, which would allow 16- and 17-year-olds to pre-register to vote. Under the bill, pre-registered Ohioans would automatically be added to the state voter rolls before the next primary or general election in which they are eligible to vote.

Leland, Boggs say the people of Ohio "deserve to know the truth"

Ahead of an anticipated May 16 vote to elect a new speaker of the Ohio House, two lawmakers are seeking answers as to why former Republican House Speaker Cliff Rosenberger resigned abruptly, amid reports of potential corruption. State Reps. Kristin Boggs (D-Columbus) and David Leland (D-Columbus) today asked the special agent in charge of the Cincinnati Division of the Federal Bureau of Investigation (FBI) and the U.S. attorney for the Southern District of Ohio to provide any or as much information as possible on any current or potential investigation of Rosenberger’s unprecedented resignation. 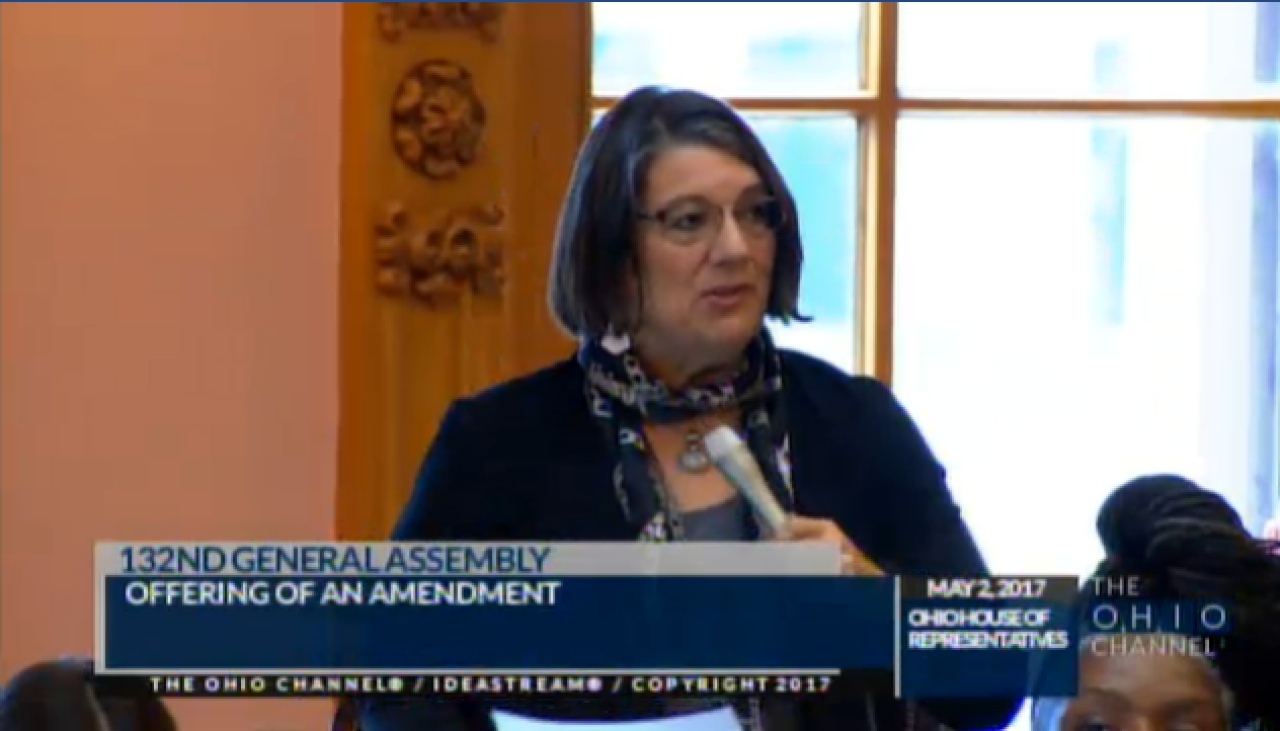 The Kasich Administration today filed a waiver request with the federal government, stemming from Republican attempts to undercut Ohio’s Medicaid expansion in the previous state budget. The administration says 36,036 Ohioans are in jeopardy of losing healthcare under the new restrictions, but the actual number of people impacted – if the waiver is approved – could be significantly higher if the economy slows down or more people have trouble finding work.

“Keeping people sick or taking away their health insurance won’t create more opportunity in our state or make our economy more competitive,” said state Rep. Nickie J. Antonio (D-Lakewood). “This is nothing more than a punitive partisan, one-sided attempt to take away healthcare from people in need of temporary assistance. People want an opportunity for a better life for themselves and their families. Taking away healthcare is not the way to move Ohio forward, it is not a prescription for success”

The proposed restrictions would mean people who are sick, lack transportation, experience a family emergency or simply can’t find work would lose Medicaid coverage without notice if they do not work 80 hours in a given month.

A review of past work requirement proposals in entitlement programs found that these policies do not reduce poverty and often leave participants languishing in low-wage, temporary jobs.

Antonio is the minority leader for the House Health Committee and serves on the state’s Joint Medicaid Oversight Committee.

“Small Business Week is a time to celebrate locally owned businesses that are the backbone of our communities,” Sykes said. “Together we can grow small businesses through policies at the state level and offer support locally to new and longstanding businesses in Akron.”

Sykes is encouraging area small businesses or people looking to start one to look into the following state resources that can help them grow, create jobs and give back to the community:

-Secretary of the State Website for Client Service Center: https://www.sos.state.oh.us/businesses/.

State Rep. Tavia Galonski (D-Akron) today called on Ohio Auditor Dave Yost to recuse himself from all matters related to the Electronic Classroom of Tomorrow (ECOT) due to conflicts of interest and to refer potential data-rigging at ECOT for review by an independent criminal prosecutor.

“According to statements made by your office this week, you received a whistleblower tip in May 2017 detailing first-hand knowledge of potential criminal fraud at the Electronic Classroom of Tomorrow (ECOT). According to these same statements, your office did not immediately refer these allegations to a prosecutor or outside law enforcement agency,” Rep. Galonski wrote in a letter to Yost. “Your decisions may have jeopardized Ohio’s ability to get justice. Fraud investigations demand quick action to collect evidence.”

The letter came after news broke last week that Yost’s office met multiple times last year with a former ECOT technology employee who blew the whistle with allegations the e-charter intentionally manipulated student attendance data, yet Yost failed to refer the matter for criminal investigation at that time.

Since then, the letter notes, ECOT has closed, witnesses have moved to new jobs, emails, texts and documents have presumably been lost, and money has likely been shuffled to new accounts.

“Simply put, valuable evidence has most likely been lost while you have conducted an ‘investigation’ that you should not have been directing to begin with,” Rep. Galonski wrote.

A copy of the full letter is attached and pasted below.

State Reps. Kristin Boggs (D-Columbus) and Adam Miller (D-Columbus) today introduced legislation to clean up blighted properties in urban communities across Ohio. The bill comes as many communities struggle with the state’s ongoing opioid crisis, underemployment and an abundance of foreclosed and abandoned properties. The Columbus-area lawmakers say their plan would combat neighborhood blight and increase local property values.

Reps. Galonski, Smith introduce bill to end the statute of limitations for rape

State Reps. Tavia Galonski (D-Akron) and Kent Smith (D-Euclid) today introduced legislation to eliminate Ohio’s current 25-year statute of limitations for rape. More than half of U.S. states do not have limits on when victims can file rape claims.

State Reps. Teresa Fedor (D-Toledo) and Thomas West (D-Canton) today introduced a joint resolution to establish universal preschool in Ohio. The proposal would amend the Ohio Constitution to require free, universal preschool for all four and five-year-olds who reside in the Buckeye State.