Sheehy to host healthcare town hall, encourage public to sign up for coverage 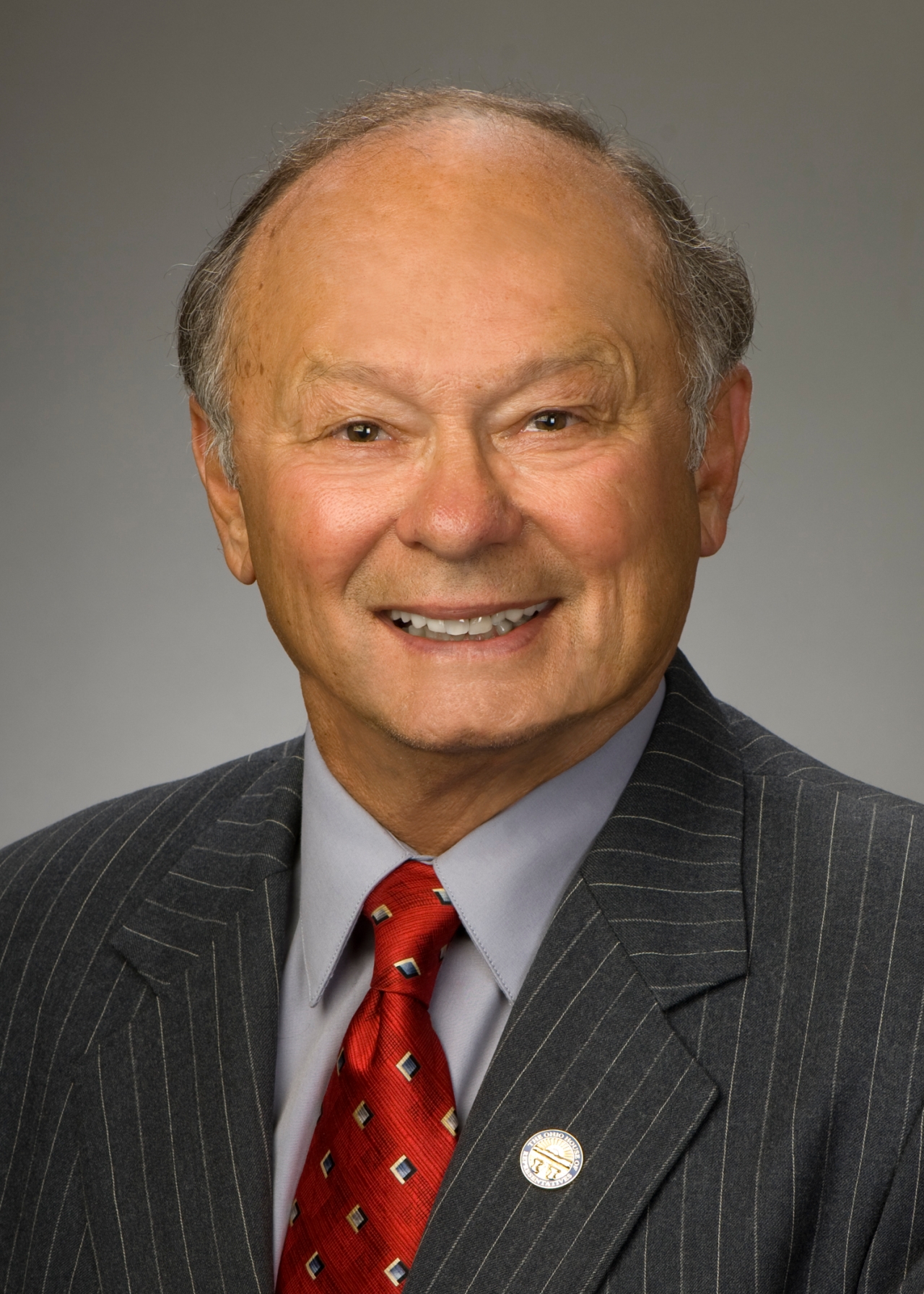 House Dems honor veterans, give thanks on Veterans Day

Freedom is never a given. Its pursuit is not always easy. It often demands the sacrifice of those willing to give of themselves for a greater cause. It’s these values that most exemplify our nation’s veterans, many of whom sacrificed so much to secure the freedoms we too often take for granted.

Veterans Day began as Armistice Day, a holiday marking the one-year anniversary of the end of World War I. It quickly became a celebration of all our veterans who gave of themselves to defend our freedom and way of life. Because of their selflessness and determination, we are able to enjoy many of the freedoms we cherish today.

Sykes encourages taxpayers to get covered during ACA open enrollment

As Republicans in Washington try to dismantle healthcare and slash enrollment periods and public notice, state Rep. Emilia Sykes (D-Akron) is encouraging Ohio taxpayers without health insurance to sign up and get covered during the Affordable Care Act’s open enrollment period, which ends on Dec. 15, 2017.

“This about more than just finding healthcare insurance you can afford at a reasonable price,” said Sykes. “This is about you and your family’s economic security and stability. Though many of us don’t think we need healthcare, we are all just one accident or diagnosis away from a life-changing hospital stay or operation.”

Sykes notes that last year, eight out of ten taxpayers who signed up for healthcare during open enrollment took advantage of a significant financial discount. Sykes warns that if you miss this open enrollment period in 2017, you likely miss out on healthcare for all of 2018.

You can sign up through healthcare.gov or find more information at getamericacovered.org

State Rep. Thomas E. West (D-Canton) today responded to Attorney General Mike DeWine’s lawsuit against Rover Pipeline LLC, months after the Ohio EPA referred some $2.3 million in fines to the attorney general for illegal dumping of toxic chemicals in the Canton area during the construction of the Rover Pipeline.

“It seems that with the outside threat of an Ohio Elections Commission investigation looming, Attorney General DeWine finally decided to take action to protect taxpayers from an out-of-state corporation’s reckless disregard for our safety,” said West. “This is welcomed news, but the timing of the lawsuit makes people wonder if the state could have done more, sooner. This was referred to Attorney General DeWine at the beginning of July. Meanwhile, local taxpayers have been forced to bear the brunt of toxic spills in our community and close to our drinking water supply.”

DeWine’s action comes one day after complaints were filed with the Ohio Ethics Commission, asking them to investigate DeWine for his potential conflict of interest in owning stock in Rover’s parent company, Dallas-based Energy Transfer Partners.

Says program is right thing to do morally, economically 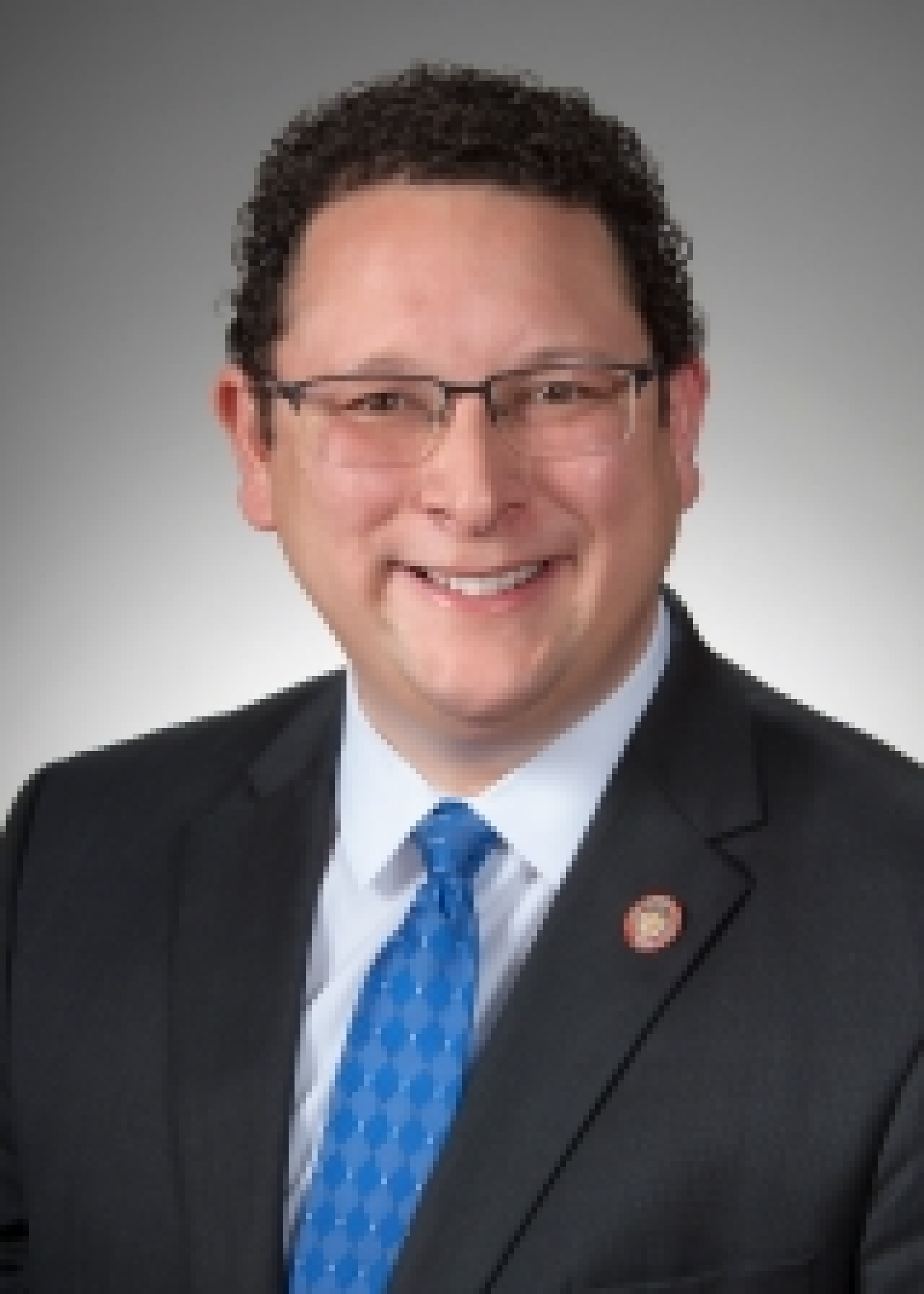 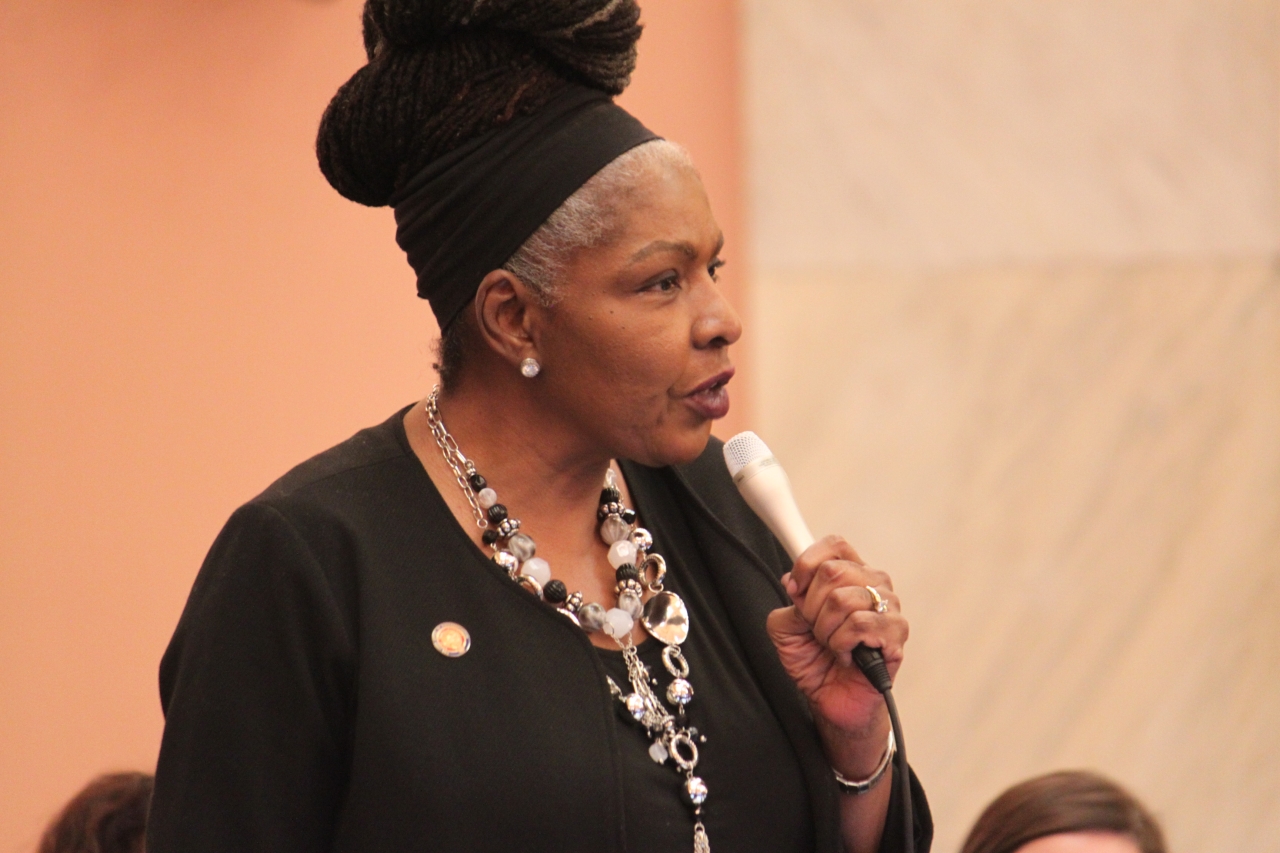 “As lawmakers, our duty is to pass laws that put the health, safety and well-being of Ohioans first—and that begins with our children. I was shocked and saddened to learn that Ohio was the only remaining state not to have law enforcement listed as mandated reporters of child abuse and neglect. Now, thanks to the tremendous support from my colleagues on both sides of the aisle, we are one step closer to adding another critical layer of protection for the most vulnerable in our society. I urge the Senate to move quickly and pass this common-sense legislation.”

The bill now moves to the Senate for consideration.

Take the time to stop by the Ohio Statehouse tomorrow beginning at 6:00 p.m. in Room 313 for the last opportunity to tell lawmakers that rigging the rules against voters is wrong.

We beleive all people should have a voice and that their vote should count in every election. Unfortunately, that's not always the case when legislative districts are rigged against voters with special boundaries that guarantee only one political party can win.

“Putting politics over public policy at the Ohio Statehouse creates uncertainty in the marketplace and puts thousands and thousands of good-paying jobs at risk. In Ohio, more and more people report to work each day at hospitals, health centers and nursing homes, earning over eleven billion dollars that, in turn, are injected into our economy,” said Cera. “This kind of political brinksmanship injects uncertainty into our economy, for healthcare professionals and for the three million Ohioans who access healthcare through Medicaid. Taxpayers want certainty and stability in their everyday lives, not more politics. There’s enough turmoil in Washington, we don’t need to bring it back home to Ohio.”

The state panel’s reconsideration of Medicaid was the result of a partisan budget amendment that now requires the panel to re-approve Medicaid after the its approval in the state budget, setting up high-stakes showdown that could block some three million Ohioans from receiving care, cut thousands of jobs in hospitals, and end all Medicaid funding by 2018.

Rep. Cera serves on the seven-member state Controlling Board, which comprises four Republicans and two Democrats split between both Houses of the General Assembly, as well as the governor’s director of Budget and Management, who serves as the board president.

Ohio Legislative Black Caucus President and state Rep. Stephanie Howse (D-Cleveland) responded to the report issued today by the Annie E. Casey foundation showing African-American children in Ohio are worse off and have less opportunity than children in most other states.

“Sadly, this report reflects what many of us already know: children of color, especially African-American children, have to face barriers that prevent them from opportunities that others are guaranteed,” Howse said. “It is both saddening and alarming to see that Ohio is especially horrific at providing conditions for black and brown people to live a decent life. I hope this new information inspires my colleagues on both sides to embrace policies that put family first like paid family leave, equal pay and pre-k for all.”

Of the 44 states that had enough data to analyze, Ohio ranked 42nd in the nation for the well-being of African American children. 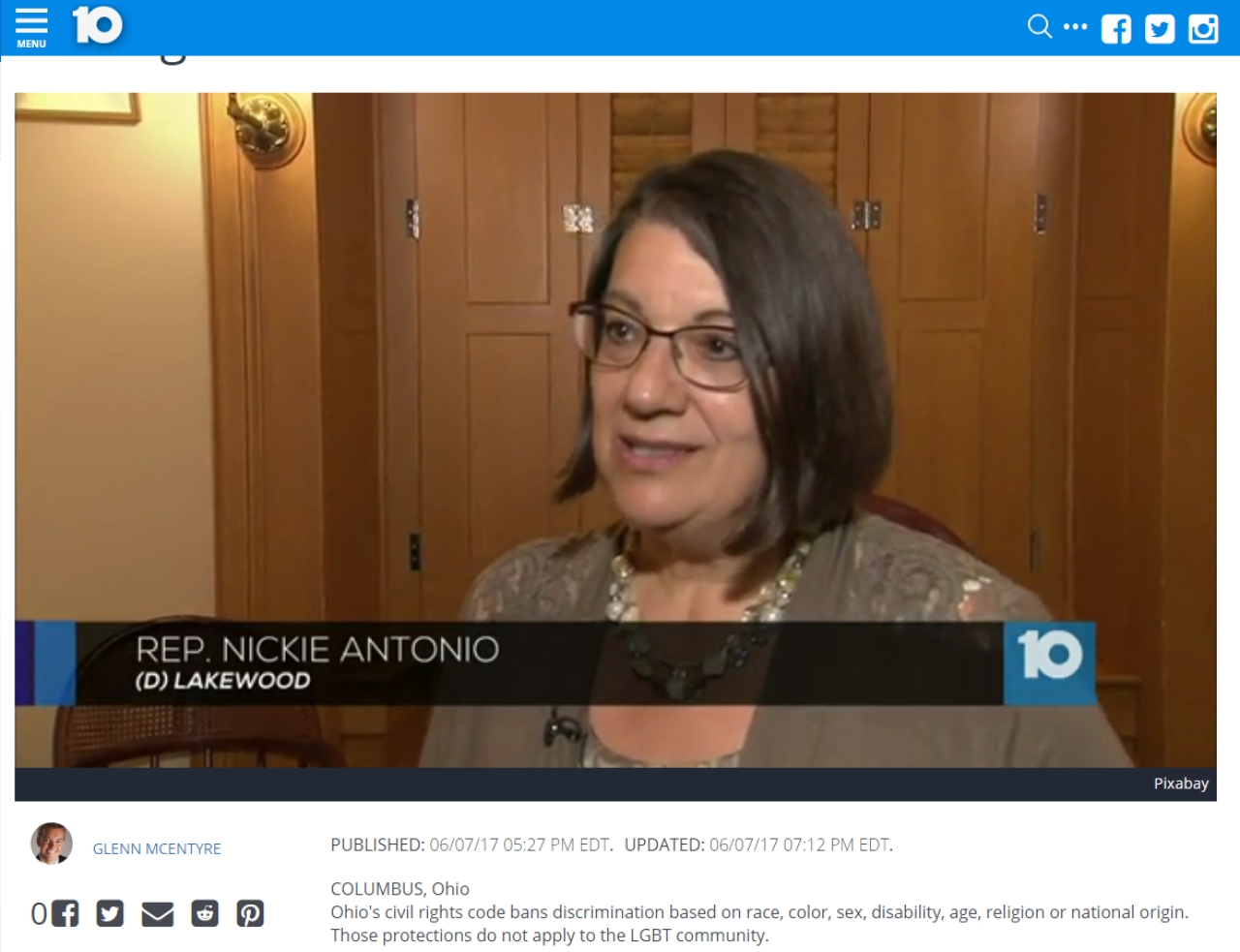 The Ohio State University’s College of Food, Agricultural and Environmental Sciences released the report “Taking Measure of Ohio’s Opioid Crisis” Tuesday, highlighting the grim realities many in the state are experiencing, but also making a case for greater treatment access and expanded educational and economic opportunities for Ohioans.

“This report confirms that treatment is necessary to stem the tide of this opioid crisis, and clearly we do not have enough treatment options currently available,” said Antonio. “We can do better. We must do better. Taxpayers deserve better economic opportunities, a strong and affordable educational foundation, and greater access to healthcare services – all things that we know will prevent opioid addiction and abuse.”