A letter from the Leader 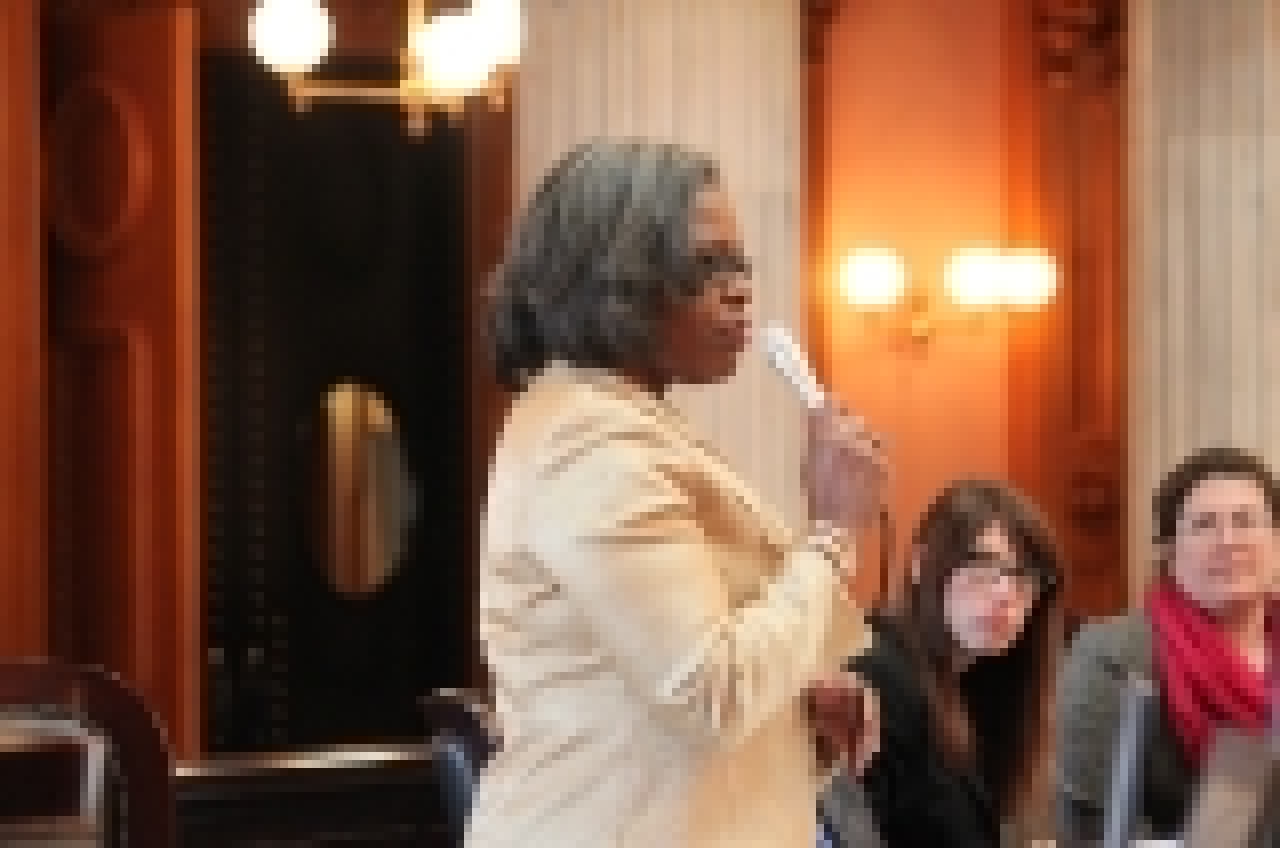 State Rep. Chris Redfern (D-Catawba Island) today called on Gov. Kasich to remove the new Ohio Health Department Director, Rick Hodges, citing the need to have a department leader with experience in dealing with public health emergencies, like the water crisis in Toledo.

Hodges, the former Executive Director of the Ohio Turnpike, has no training or experience in healthcare-related fields—a qualification Redfern says is explicitly required by state law.

“The drinking water crisis in Toledo highlights how important it is to have a seasoned healthcare professional leading the state's response to public health emergencies. With 500,000 Ohioans in need in need of safe and reliable drinking water, it is discomforting to know that the new leader of the state’s public health agency, former Turnpike Director Rick Hodges, has no medical training or experience in healthcare,” Redfern wrote in the letter.

A copy of the letter can be seen below.

State Rep. Chris Redfern (D- Catawba Island) early Saturday morning announced he is working toward emergency funding to reduce and control harmful algal blooms in Lake Erie. The Lake Erie lawmaker's announcement follows early morning "do not drink" orders for City of Toledo water customers due to dangerous toxin concentrations from harmful algal blooms (HABs) in the lake. Boiling the water can pose a greater health risk, as it increases the concentration of the toxins.

"It is absolutely necessary that the state step up to meet the ongoing threat of harmful algal blooms in Lake Erie," said Rep. Redfern. "The state has a responsibility to provide for the public health of our greatest natural resource, and for the people who rely on the lake for something as fundamental as drinking water."

Saturday morning, tests at Collins Park Water Treatment Plant in Toledo showed microcystin levels at a dangerous concentration in drinking water. The city voluntarily tests for the toxic blue-green algae that is a poisonous byproduct of HABs.

Redfern said that-- although the city does choose to test for microcystin --the state should look at mandating testing requirements for the toxic algae, a measure he said could be linked with long-term funding for HAB research and mitigation.

Redfern used his position on the powerful state controlling board-- a state spending oversight panel --to call attention to the need for greater state funding when the panel approve a January appropriation for $600,000 to meet federal EPA grant requirements for university studies pinpointing HAB sources.

A state of emergency has been declared in Lucas and Wood Counties after samples of water from an East Toledo facility containing microcystin – a harmful liver toxin released by the algal blooms plaguing the Western Lake Erie Basin - were found to exceed the level allowable for human consumption. The algal blooms are thought to be a result of high levels of phosphorus found in run-off from cities and farms nears the Maumee River watershed.

State Representative Mike Sheehy (D-Oregon), who is a member of the House Agriculture Committee and an outspoken critic of Senate Bill 150, has been calling for tougher regulations on phosphorus polluters since he took office more than a year ago.

“I have been asking my colleagues to support my efforts to reduce run-off and prevent these severe algal blooms,” said Rep. Sheehy. He went on to say, “I even drafted an amendment to Senate Bill 150 which would ban spreading manure on frozen ground, limiting the manure run-off into the Maumee River, but it never made it to the floor of the House. I hope my colleagues and the administration will work with me to seriously re-examine the issue of phosphorus loading in Lake Erie.”

Forced Closing of Capital Care Network Based on Politics, Not Medicine, Lawmaker says

The Ohio Health Department (ODH) on Wednesday refused to renew the health care facility license of Toledo’s last abortion clinic, Capital Care Network. The decision effectively closes the facility and cuts off medical care to thousands of Northwest Ohio women who will now have to travel out of state or over two hours to another major Ohio city for services.

Why I support investment in our brave men and women

Yesterday, I voted  to release $118,868 in state funding for upgrades to an outdated electrical system at the Ohio Veteran’s Home in Sandusky.

Old T8 lamps will now be replaced with energy efficient alternatives, saving the Veteran’s Home an estimated $61,813 per year.

The savings realized from the energy efficient lighting will create a payback on state investment in less than two years. Ohio-based LED Solutions was one of two lowest-bidders with the most potential for cost savings.

Any cost savings we can create for the Veteran’s Home means more resources can be dedicated to caring for the brave men and women who were selfless enough to serve our country. I’m proud of the work the home does for our veterans and our community.

Any investment in our state's veterans is a smart one.

Today, State Rep. Robert F. Hagan urged Gov. Kasich to support his legislation that would better inform communities and local agencies about chemicals used in regional fracking projects. In 2013, Rep. Hagan introduced legislation, House Bill 42, to require oil and gas companies in Ohio to disclose a full list of chemicals used in the fracking process to better serve local medical professionals and responders during spills and other accidents.

Recent reports indicate that Halliburton delayed for five days the disclosure of a list of harmful chemicals that spilled into the Ohio River. The chemical information is typically used by emergency responders to make efficient decisions regarding the health and safety of community members and the surrounding environment.

Tuesday, State Rep. Kathleen Clyde (D-Kent) and Assistant Senate Democratic Leader Charleta B. Tavares (D-Columbus) held a press conference announcing legislation to address the recent U.S. Supreme Court decision in Burwell v. Hobby Lobby. In that decision, the Court ruled that some corporations cannot be required to provide insurance coverage for contraception methods that would violate the religious beliefs of company owners. The development was widely panned as a setback to the personal liberty of hard-working American women.