“I am deeply saddened by the violent attacks at Ohio State’s main campus today. Now, more than ever, we must support one another as we strive to respond to and comprehend such a tragic and senseless attack.

“No student should have to fear for their safety. Our schools and universities should be safe spaces where students can learn in the classroom and from each other, while growing as individuals and expressing themselves freely. As an elected official, I am committed to ensuring students, faculty, staff and their families feel safe and secure on campus.

“Words cannot express my level of appreciation and respect for the talent, dedication and work that our leadership team, members and staff have shared with Ohioans over the last two years. We are truly grateful and better because of their efforts,” said Strahorn. “I also would like to thank Rep. Jack Cera for his continued leadership within our caucus. I look forward to growing and developing our caucus over the next two years.”

“Our success will only be possible because of the high caliber members and staff that will dedicate their public service to the pursuit of a stronger Ohio during the next two years. I am humbled by their continued trust and support,” said Celebrezze, who served as assistant leader in the 131st General Assembly.

In addition to Rep. Celebrezze, Rep. Antonio was also re-elected to her respective leadership position.

“I am honored to continue our work together as a caucus, united by the promise of freedom and allied by the fight for equality. We are unified in our belief in our state and our hope for the future,” said Antonio.

The caucus is bringing on state Rep. Emilia Strong Sykes, an Akron lawmaker in her first term, as assistant Democratic whip.

“I feel honored to serve my colleagues, constituents an

“I have many constituents, friends and neighbors who humbly and selflessly served our nation during more than one military conflict,” says Johnson, member of the House Armed Services, Veterans Affairs, and Public Safety Committee. “Ohio license plates have long served as proud displays of honor, memorializing the sacrifices of the brave men and women in our military. Making this simple change to Ohio law is a small gesture to more fully honor American patriots who have given so much.”

State Rep. John Boccieri (D-Poland) today expressed his support for House Bill 609, legislation sponsored by state Reps. Niraj Antani and Mike Duffey that would lift the prohibition on taking a photograph of a marked ballot and sharing it publicly. Taking voting selfies would currently be considered a felony of the fifth degree, which Boccieri noted is far too serious a consequence for such an expression of free speech.

“I sincerely hope that this bill will be passed and enacted because I think people should be allowed to share pictures of their ballots freely. The current penalty for this is incredibly overblown,” Boccieri said. “For example, my opponent this year shared a picture of his ballot on his Facebook page and I honestly don’t think him, or anyone, should be faced with felony charges for posting their vote online.”

“Many young people, like me, are dependent on their smartphones,” said Kent State student Hana Barkowitz. “Ohioans can use their smartphones to get into concerts and presidential rallies, and they can even show proof of car insurance on their phones. Ohio should get smart and allow paperless voter ID.”

A study from the Pew Research Center found that 15 percent of young Americans and 13 percent of low income Americans are heavily dependent on their smartphones for access to the internet. Compared to 1 percent of American households earning $75,000 or more per year.

“It’s important that we make it easy to vote for all Ohioans - that includes students, low income voters and other voters who rely heavily on their smartphones,” said Rep. Clyde. “Husted still has a chance to get smart and allow paperless voter ID on Tuesday.”

“If the governor wants to truly be responsive to an emergency, he need not look beyond his home state. Communities across Ohio are in desperate need of additional resources to combat the growing opioid crisis that has already claimed an historic number of Ohio lives. First responders, treatment providers and local law enforcement have been stretched perilously thin by the opioid and heroin crisis, but so far the governor has refused to free up critical additional state resources by recognizing the crisis for the statewide emergency that it is.

State Rep. Nickie Antonio(D-Lakewood) today received The Center for Community Solutions Award for Public Service in Honor of John A. Begala for her efforts to address Ohio’s opioid addiction crisis and her work on the Joint Medicaid Oversight Committee to improve the rate of spending and quality of Medicaid care.

“I am extremely honored to accept this award from The Center for Community Solutions, an organization known for their dedicated efforts to improve the quality of life for all Ohioans,” said Antonio. “I will continue to work diligently to expand treatment opportunities for those struggling with addiction, ensure local law enforcement have adequate resources, and increase prevention programs to combat the ongoing opioid crisis in Ohio.”

"After a federal court of appeals found Secretary Husted had illegally purged voters, the secretary still tried to get the very stingiest remedy to his wrongdoing approved by the lower court. The court soundly rejected Husted's inadequate proposal," said Rep. Clyde. "Illegally purged voters will get to vote and have their votes counted in this historic election and that is a huge victory for the people of Ohio."

State Reps. John Patterson (D-Jefferson) and Michael Sheehy (D-Oregon) today announced a legislative proposal aimed at protecting and improving Ohio’s water quality through the establishment of the Ohio Water Quality Improvement Program. Under the program, farmers would be incentivized to conserve environmentally sensitive agricultural land rather than use the property for farming or ranching.

“Ensuring safe and clean drinking water for the citizens of Ohio is of the utmost importance,” said Patterson. “While we have made great strides in working with the farming community to fight agricultural runoff, as a state we can and should do more. The Ohio Water Quality Improvement Program gives us the opportunity to partner with Ohio’s farmers to strategically conserve farmland in order to promote healthier streams, rivers and estuaries.” 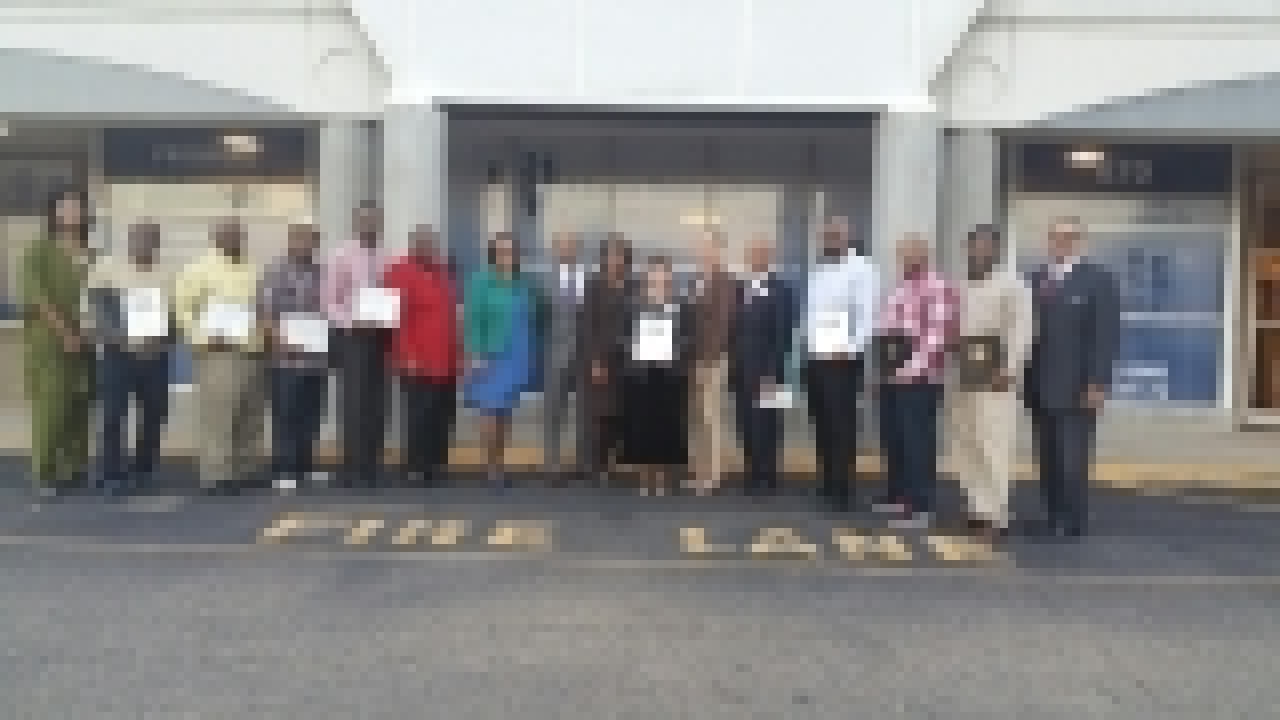 State Rep. Emilia Sykes (D-Akron) recently recognized the 10 graduates of the first ever Drive for Success program in Akron. Established jointly by the Ohio Department of Transportation (ODOT) and the Akron Summit County Action Agency (ASCA), Drive for Success helps provide individuals with the opportunity to attain career readiness skills in the construction industry.

“The Drive for Success program is a marvelous example of how effective partnerships between the state and local communities can help expand access to economic opportunities for our residents,” said Sykes. “By providing these graduates with the training they need to enter and find success in the workforce, we are investing in their future as well as the future growth of our regional economy.”