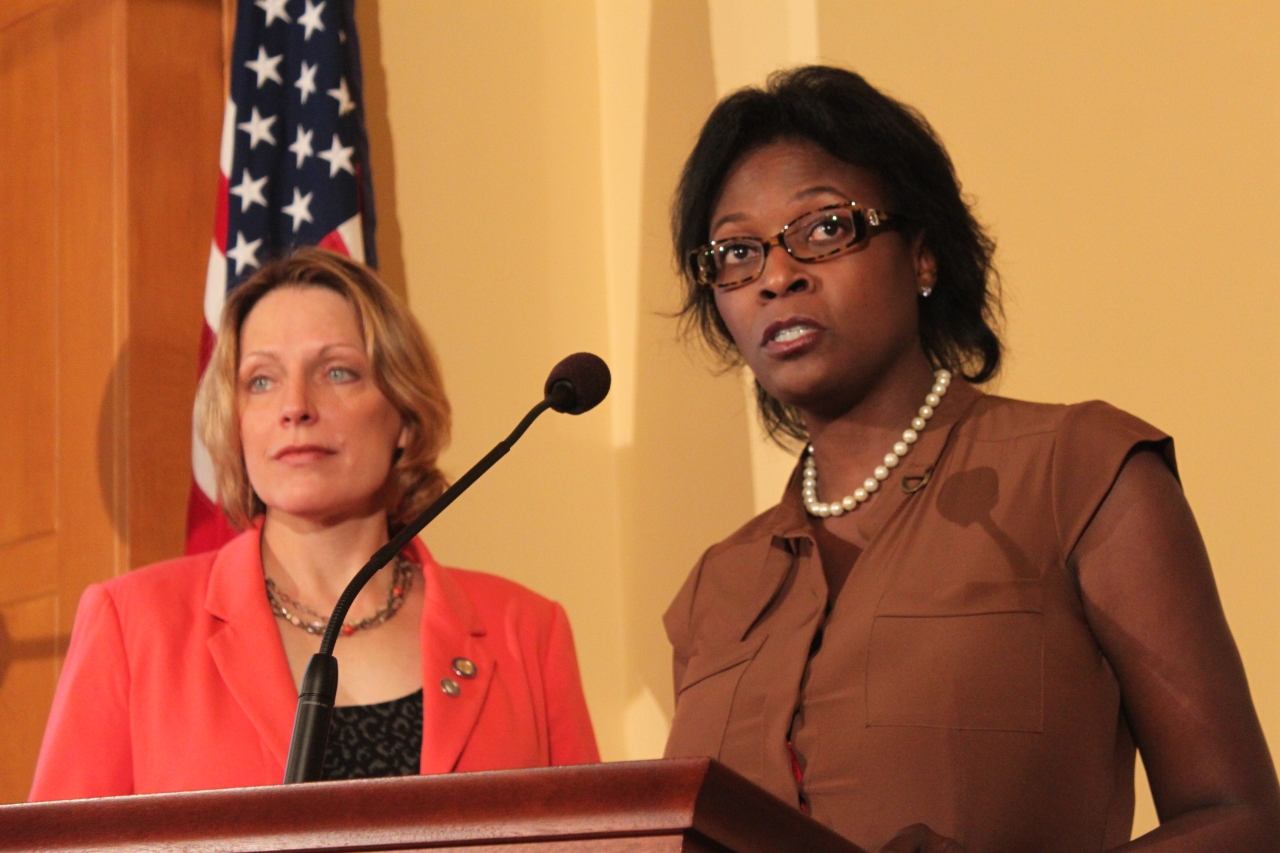 The group of lawmakers also discussed how Ohio-based department store, Macy’s, lobbied against the Texas Equal Pay Act—legislation that would have allowed women to file state, gender pay discrimination claims against an employer. The legislators sent a letter to the CEO of Macy’s, promising to forgo shopping at the department store until the company supports pay equity.

“It is disappointing that a popular department store, especially one dependent on female customers, would take a stance against the Texas Equal Pay Act,” said Rep. Nickie J. Antonio (D-Lakewood), Chair of the Ohio Democratic Women’s Caucus. “This legislation is about leveling the playing field so that women receive the same remedies available to others who have been discriminated against.”

The Ohio Equal Pay Act would address this glaring gender pay gap by protecting women who speak out against wage discrimination in their workplace, and by allowing Ohio women to take legal action when it becomes apparent that their pay is a result of gender-based wage discrimination.

“It has been more than 50 years since the Equal Pay Act and women still make less for doing the same job with the same education as men,” said Rep. Sandra Williams (D-Cleveland). “The numbers are even more abysmal for minorities. African American women are paid 64 cents and Latinas are paid just 55 cents for every dollar paid to white, non-Hispanic men. If we continue the annual half-cent improve­ment rate, it will take another 70 years to reach parity. We can’t wait for that.”

In 2012, women’s earnings were 76.5 percent of men’s—a slight drop from 77 percent in 2011. Although gender pay disparity has nar­rowed gradually over time, U.S. Census Bureau statistics show stagnation throughout the last century.