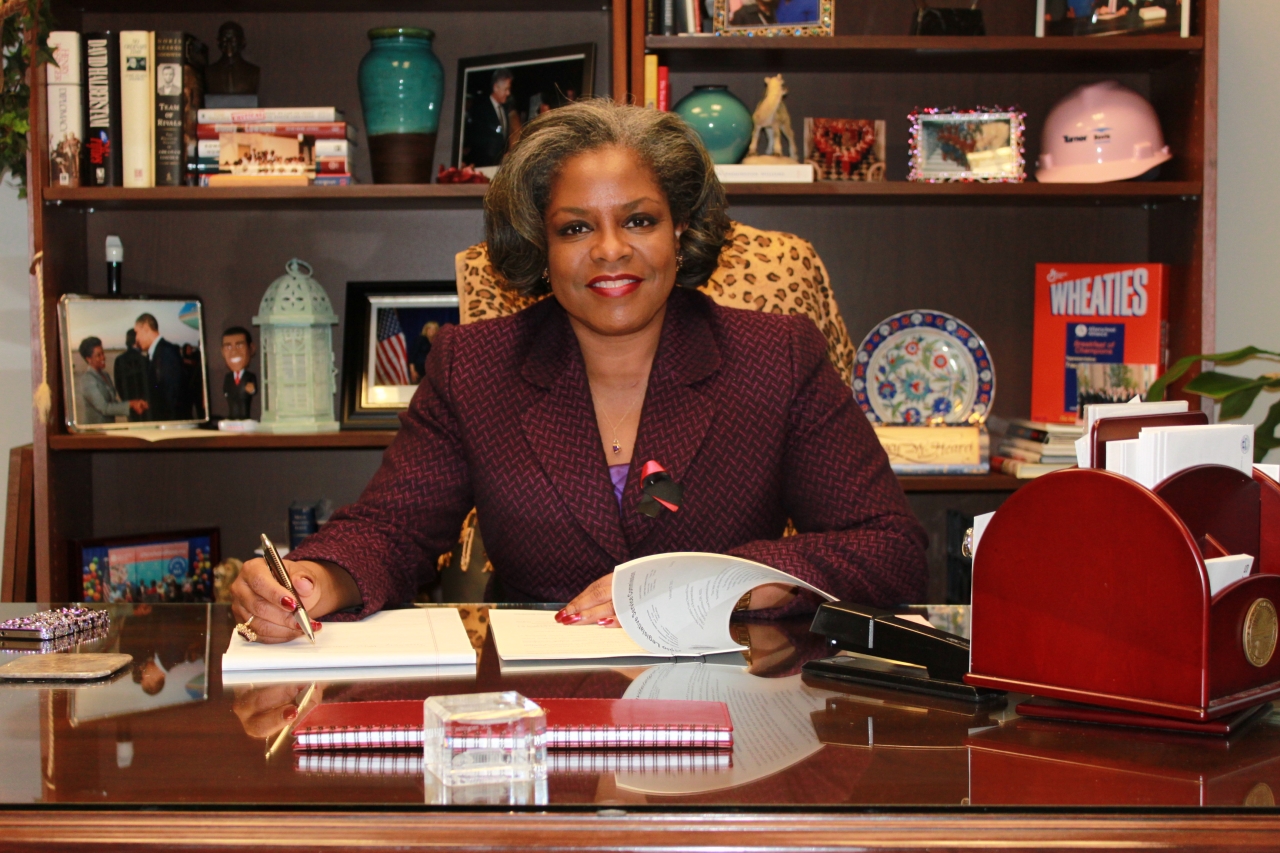 “This is an honor and an opportunity. Having been selected to be a member of our leadership team since my sophomore term has been an honor. To have the privilege of completing my senior term in the legislature having served my caucus as its leader is an exceptional opportunity and responsibility,” said Leader Heard.

Having served in 2009-2010 as the first African American female Majority Floor Leader, and only the second African American to hold the title in a 40-year span with the Honorable William L. Mallory, Sr., Heard now shares the distinction of being the highest-ranking African-American elected state official with Senate Democratic Leader Eric Kearney (D-Cincinnati).

Heard’s move from Whip to Leader is not the only change on the House Democratic leadership team. State Rep. Debbie Phillips (D-Athens) was elected Assistant Leader, moving up from Assistant Whip; Michael Ashford (D-Toledo) to Democratic Whip, and Dan Ramos (D-Lorain) will serve as the Assistant Whip and first Latino member of leadership in the history of the Ohio House of Representatives.

“Putting this team together has been intentionally inclusive and a representative process. From the point Rep. Phillips agreed to step up as Assistant Leader, we have worked hard to make sure the new team is reflective of our Caucus in race, gender, geography and philosophy. At the end of the day, this is a team I know will work as hard as I do, and is supported by the caucus,” said the new Democratic Leader.

New Assistant Democratic Leader Phillips also commented, “I look forward to working with my colleagues to fight for Ohio’s middle class and working families, to offer a fair chance for Ohio’s young people, and to develop broad-based prosperity for our communities. I appreciate the support of my colleagues and will work hard to make us a more effective team.”

“We will stand tall in the fight for education, police, firefighters, senior citizens, and protecting the Middle Class. We will stand with our Union Brothers and Sisters to continue to create good jobs for all Ohioans. I follow in the great footsteps of leaders from Northwest Ohio who has helped paved the way for me, and I’m proud to have been selected to continue carrying the banner,” added new Democratic Whip Rep. Ashford.

Assistant Democratic Whip Dan Ramos added, “Moving into a position of leadership at a time when our fragile economy is still struggling to recover, when worker’s rights have continued to be attacked, and while the war on women continues to rage on will certainly be challenging.  That said, I look forward to the continued opportunity to take on these challenges and I look forward to continuing to fight for outcomes that will benefit the well-being of all Ohioans,” Rep. Ramos said.

Leader Heard succeeds State Rep. Armond Budish (D-Beachwood) as the top Democrat in the Ohio House of Representatives. Rep. Budish served as Speaker of the House from 2008 to 2010 in the 128th General Assembly, and as Democratic Leader in the 129th General Assembly. “I would like to acknowledge and thank Speaker Budish and Speaker Pro Tempore Szollosi for their exemplary service to the people of Ohio. Without their leadership, Ohio would not have begun its upward trajectory out of the Great Recession when we did in 2009; neither would the Governor nor the House GOP be able to take credit for the economic recovery that is happening despite them. Speaker Budish and Speaker Pro Tempore Szollosi are two workhorses for working and middle class Ohioans for whom we will all feel the pangs of loss. Thankfully, I am certain that we haven’t heard the last from either of them.”