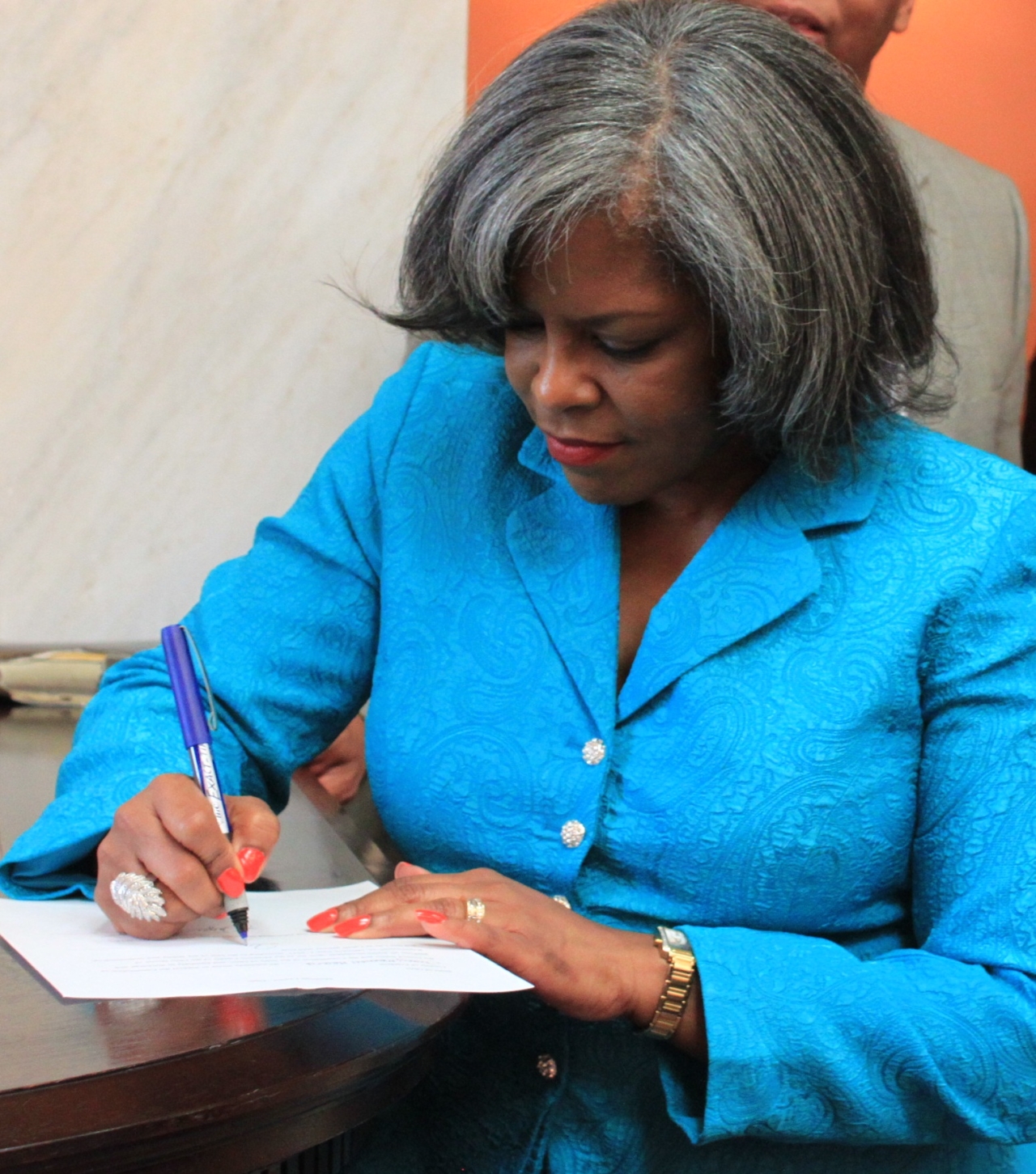 I have received several calls from concerned citizens, churches and civic groups since the decision in the Trayvon Martin case came out a week ago. All asking what I thought, how I felt, and what I planned to do.

I was deeply saddened for Trayvon’s family when I heard the verdict and at the loss of yet another young black male child. I am sick and sad like so many people who love Trayvon and mourn his loss. My feelings won’t change or soothe their frustration. I hope my prayers will.

Following my sadness, my thoughts turned to how long before this comes to Ohio and how can we stop it?

Ultimately, this senseless situation was a direct result of legislation – House Bill 249 introduced by Rep. Dennis K. Baxley (R-Florida) in 2005 and supported by a majority Republican legislature. 133 of 153 legislators voted to pass Stand Your Ground legislation in Florida.

Therein lies my fear, Ohio Republicans have supermajorities in both the House and Senate – 83 of your 132 elected legislators are prepared to bring Stand Your Ground to your state.

In Ohio, three gun bills expanding the scope of concealed carry laws have passed in the last two and a half years. Ten have been put forward this year – including House Bill 203, sponsored by Rep. Terry Johnson (R-McDermott).

There are far too many scenarios where a private citizen, without the extensive and continued training that law enforcement receives, could misread a situation and intentions of another based on , and with the added courage of a firearm, overreact with deadly force and unnecessarily take the life of another human being – let alone a child.

In Ohio, existing law allows private citizens to defend themselves in their homes or cars if they feel imminent threat of physical harm or to their lives, but only if the opportunity to flee or escape is absent. Reasonable.

It is unreasonable, however, that legislators like Rep. Johnson are ready to turn Ohio into the Wild West by allowing anyone who wants to buy a gun from any random trunk at a gun show to take that gun, level it on anyone they deem a threat to them on Main Street, Any City, Ohio and shoot them dead! If these extreme laws provided safer streets and communities, law enforcement and prosecutors would be supportive of these measures. They are not.

Three bills expanding concealed carry have been signed in the last two and half years. Yet, common sense legislation like Rep. Bill Patmon’s (D-Cleveland) House Bill 31, requiring child access prevention locks; or even my own expanded gun show loophole bill, House Bill 119, now requiring universal background checks for gun purchases stand no chance in this extreme environment without the voice and force of the people.

Everywhere I go as a legislator, I talk about civic engagement. Lawmakers are accountable to the voters who elected us, and accountability is best served when you, the voter,  engage and pay attention.

If you DO NOT think Stand Your Ground is a good idea, now is the time to make your voice heard. If the direction the legislature is going unacceptable to you, if stand your ground legislation IS NOT what you want IN OHIO – NOW IS THE TIME TO SPEAK!

LET YOUR VOICES BE HEARD!

This is life and death in Ohio, and the only thing that should die is House Bill 203.