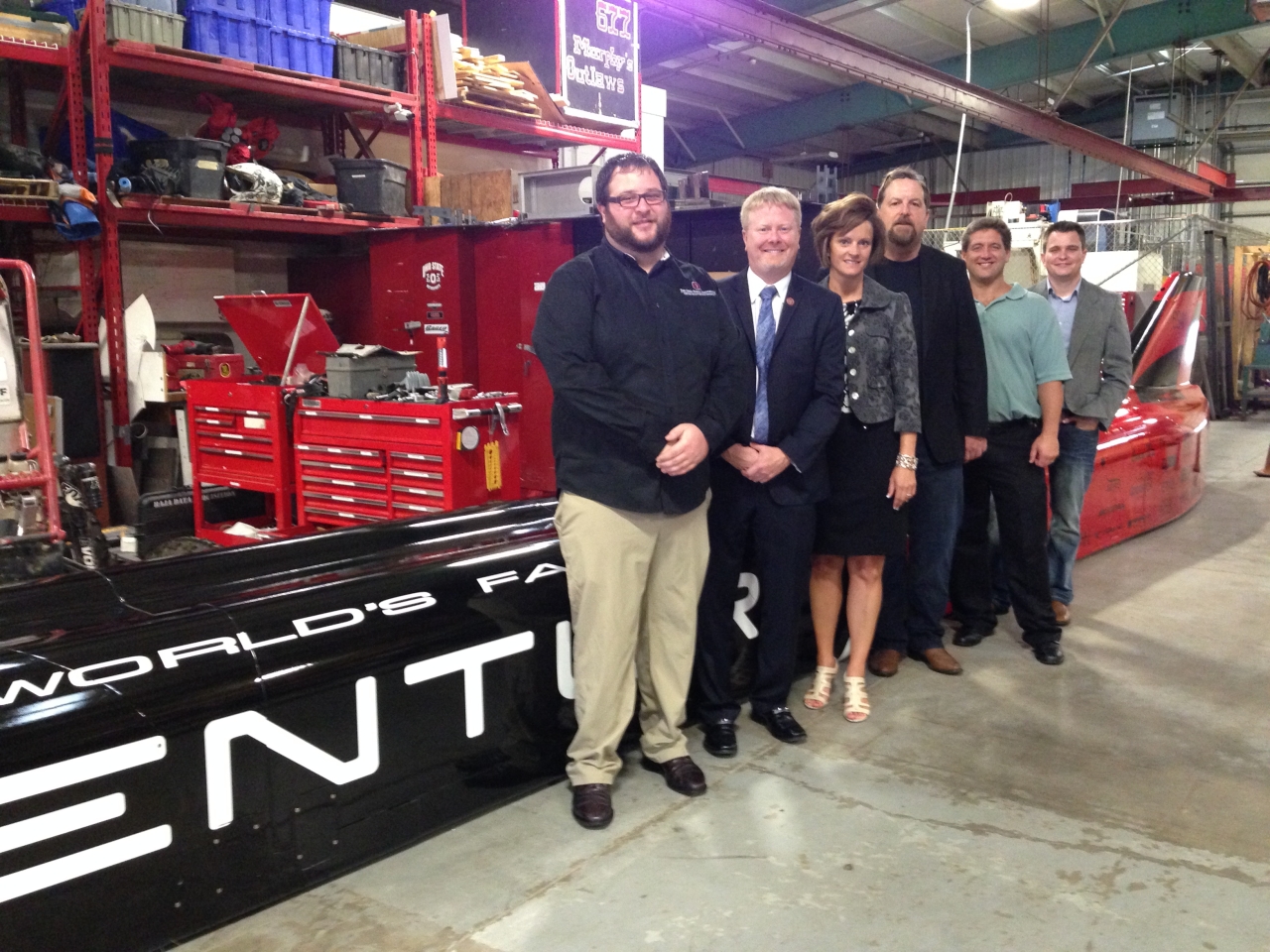 State Representative Sean J. O’Brien (D-Bazetta) traveled this week to Columbus-area “industrial-scale, commercial testing, modeling, and engineering partner,” CAR Technologies, in an effort to learn more about, and draw attention to, the use of alternative fuels in Ohio. The tour follows the recent introduction of House Bill 176, bi-partisan legislation from Rep. O’Brien and Rep. Dave Hall (R-Millersburg) that would provide tax breaks and other financial incentives for people to purchase vehicles which run on compressed natural gas (CNG) and other alternative fuels, or to convert their fleets or personal vehicles to do so.

“When it comes to the use of alternative fuels, and especially CNG, it’s really a win-win-win for Ohio,” said O’Brien. “All the way from production to consumption, the use of alternative fuels carries with it tremendous benefits, including the creation of domestic jobs in the shale industry, greater energy independence and national security, and the fostering of a much cleaner environment.  On top of all that, it’s significantly safer than traditional fossil fuels and is also less expensive, allowing people to save money on fuel costs.”

In addition to touring the CAR Tech facility, Rep. O’Brien’s also visited several other related sites and companies in the vicinity.

“I’m hoping to learn as much as I can about as many different kinds of alternative fuel and locomotion technologies as possible,” noted O’Brien.  “Knowledge is power, and I hope to pass along what I pick up to my constituents and anyone interested in the exciting future of alternative fuels in Ohio – a future that includes HB 176.”

While HB 176 garnered unanimous support in the House Ways and Means Committee, the Bazetta lawmaker hopes that the tour, in addition to being educational in nature, will help solidify the bill’s already overwhelming support in the lower chamber and ensure its passage through the House of Representatives at some point in the very near future