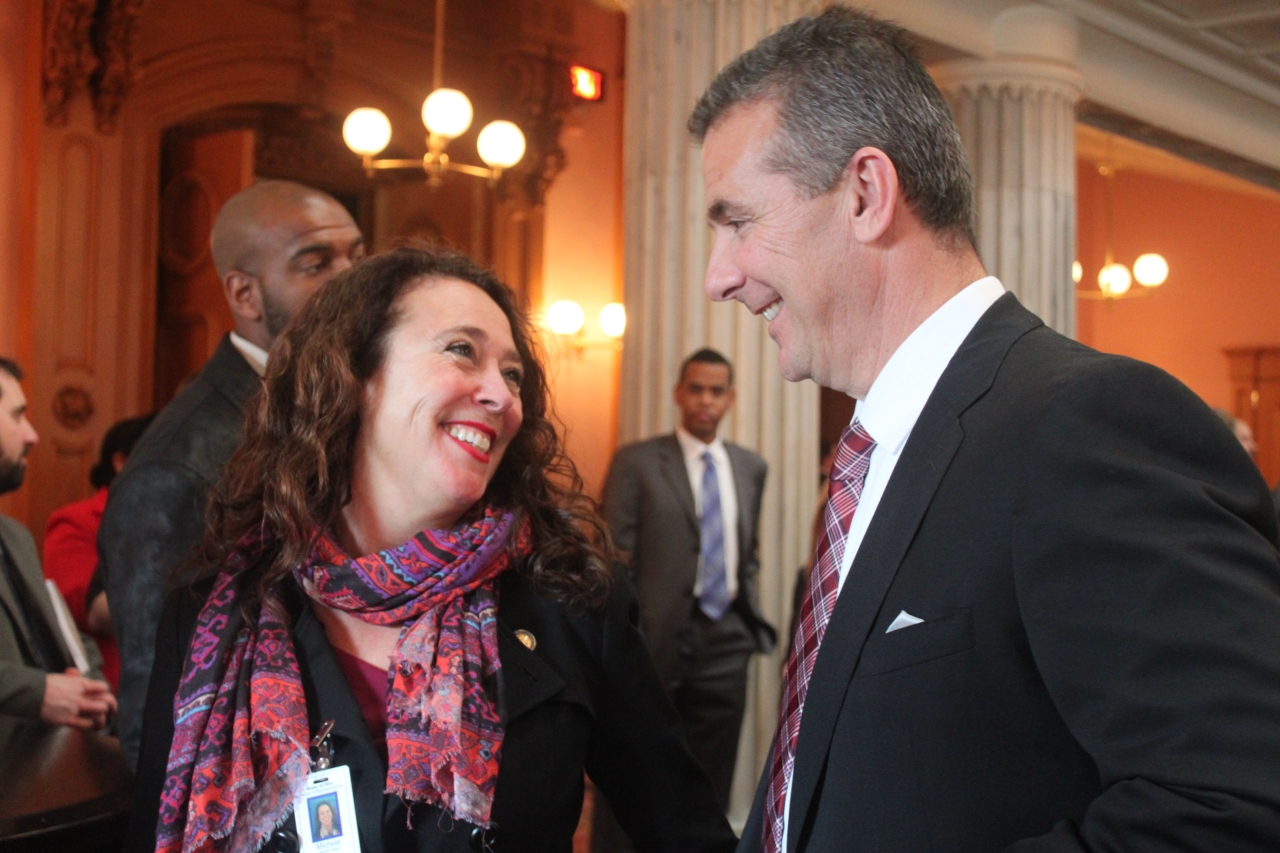 State Rep. Michele Lepore-Hagan (D-Youngstown) today announced she is supporting an amendment to restore $75,000 dollars in state funding to Youngstown State University to provide internships and co-ops. The appropriation, which had been included in the state’s previous biennial budget for FY 14-15, did not appear in the Governor’s current budget bill.

“Internships and Co-Ops play a critical role in connecting students with potential future employers and providing valuable hands-on workplace experience,” said Rep. Lepore-Hagan. “Higher education should never be a partisan issue, and I am proud to join legislators on both sides of the aisle to push for the restoration of funding.”

In the previous state budget, a line item under the Board of Regents appropriated a total of approximately $1 million to thirteen public universities to support internship and co-op opportunities. $75,000 was allocated to the Center for Urban and Regional Studies at Youngstown State University. The amendment supported by Rep. Lepore-Hagan would reinstate the line-item and re-appropriate the state funds.

Rep. Tim Derickson (R-Hanover Twp.) formally submitted the amendment for consideration with the support of 11 legislators, both Republican and Democratic, whose districts were negatively affected by the cut. The 11 legislators also submitted a written letter of support along with the amendment, a copy of which is attached.