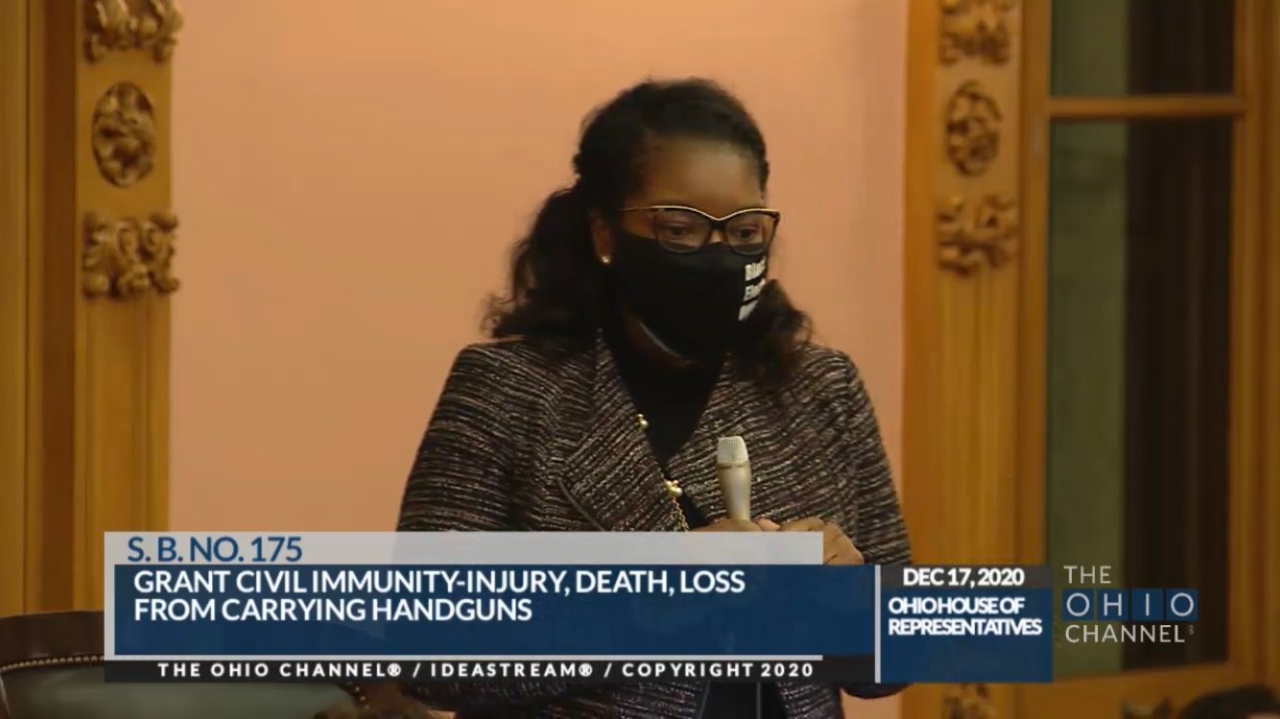 Minority Leader Emilia Strong Sykes (D-Akron) today condemned the governor’s signing of Senate Bill 175, Shoot First legislation that would permit the use of deadly force by individuals who believe their lives are endangered anywhere in the state. Democrats spoke against the extreme Shoot First bill in late December, saying it will threaten Black lives and makes Ohioans less safe. Sykes sent the governor a letter urging his veto of the controversial legislation Dec. 22.

“There’s nothing worse than a coward. Only cowards would pass and sign a bill that has been proven to disproportionately harm Black people. Only cowards would support a bill that allows people to shoot first and ask questions later. The blood of the lives lost from the signing and passage of this bill rest solely on those who supported it.”