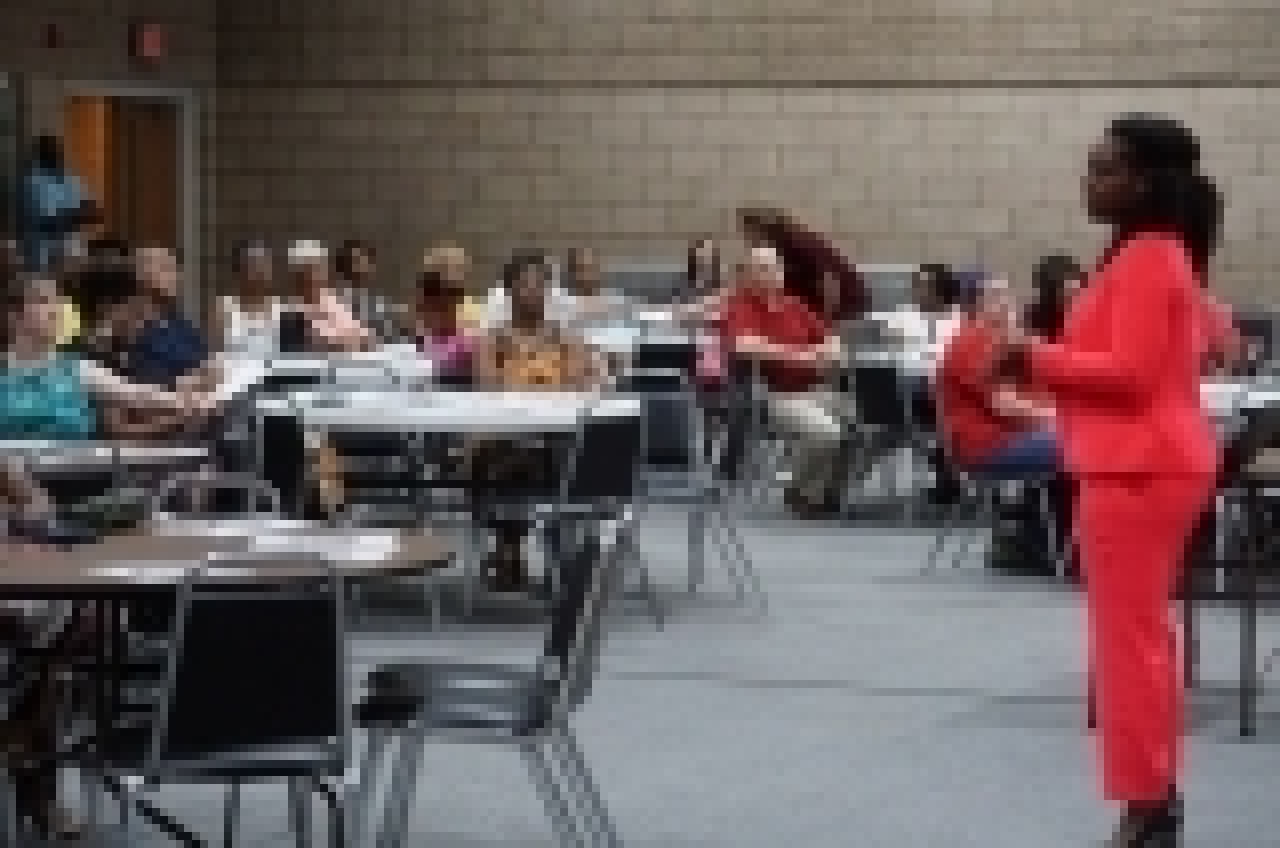 Ohio House Democratic Leader Emilia Strong Sykes (D-Akron) held a community town hall Tuesday as part of the Ohio Promise Town Hall Tour, a statewide legislative town hall series hosted by House Democratic members. The purpose of the tour is to hear from constituents in their districts about their most pressing concerns, answer questions, and discuss the state budget, bipartisan priorities and a number of recent Democratic-led, legislative wins for working people and families.

“I was thrilled to bring the Ohio Promise Tour to Akron for the second time,” said Leader Sykes. “Providing our constituents with an overview of how we work for them at the Statehouse and having the opportunity to engage directly with them on the issues that matter most to their families is vital for our democracy. While we’ve made important steps towards investing in our children’s future and building an economy that works for everyone, we still have more work to do to restore our state’s promise of better jobs, better lives and brighter futures for all Ohioans.”

Rep. Sykes kicked off the event with a legislative update, discussing the recently-passed state budget that increases funding for maternal and prenatal health services, invests in our children’s future and protects healthcare for millions of families across the state. The event included an open forum to allow constituents to ask questions and identify community concerns that can be addressed by state government. Audience members in Akron wanted to know about many topics, including infant mortality, crumbling infrastructure and access to healthcare.

The recently passed state budget was also a major topic of conversation as Sykes detailed the process itself as well as a number of state budget provisions House Democrats fought for that seek to strengthen local communities and put people first.

Some notable Democratic budget wins for Summit County include: