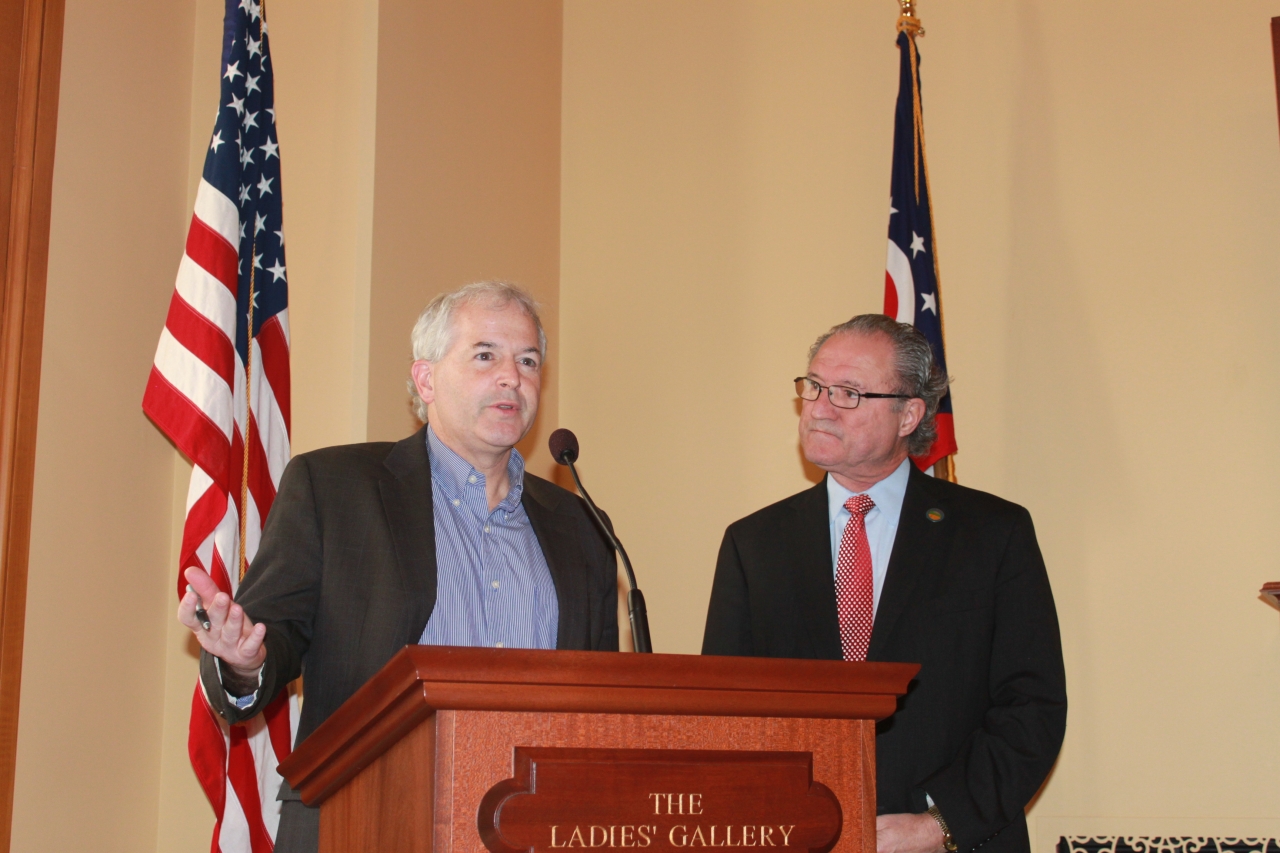 State Reps. Robert F. Hagan (D-Youngstown) and Mike Foley (D-Cleveland) were joined by the Ohio AFL-CIO on Thursday to highlight a proposal that would make Ohio companies more responsible to their employees and accountable to taxpayers.

The lawmakers cited a 2009 Ohio Department of Jobs and Family Services (ODJFS) report that revealed some of the most profitable corporations in Ohio have large numbers of employees enrolled in public assistance programs like Medicaid, food stamps and cash assistance.

“Ohioans who have a job that forces them to rely on public assistance are frustrated with an economy that isn’t working for them,” said Rep. Hagan. “We’re 44th in job creation, yet some of the most profitable corporations in our state continue to get tax breaks while taxpayers pick up the tab for their employees’ health benefits.”

Rep. Hagan highlighted House Bill 356, legislation that would require ODJFS to publish a report showing how much public assistance the 50 largest corporations in Ohio use. The report would be provided to JobsOhio, the Development Services Agency and Columbus decision makers so they could understand the full weight of taxpayer subsidies to a company before deciding to hand out more tax dollars.

“Some corporations are raking in record amounts of cash, while employees can’t afford to put food on the table,” Rep. Foley said. “It is bad enough that many retail employees won’t be able to spend time with their families this holiday, but having to hold employee food drives is an affront to the dignity of hardworking Ohioans.”

Foley will soon introduce legislation that would provide triple-pay to employees who are required to work on Thanksgiving.

“Ohioans deserve true living wages, and taxpayers deserve to know how their money is being spent to prop up these corporations’ bottom lines,” said Matt Smith of the Ohio AFL-CIO. “When did an honest day’s work stop equaling an honest day’s pay?”