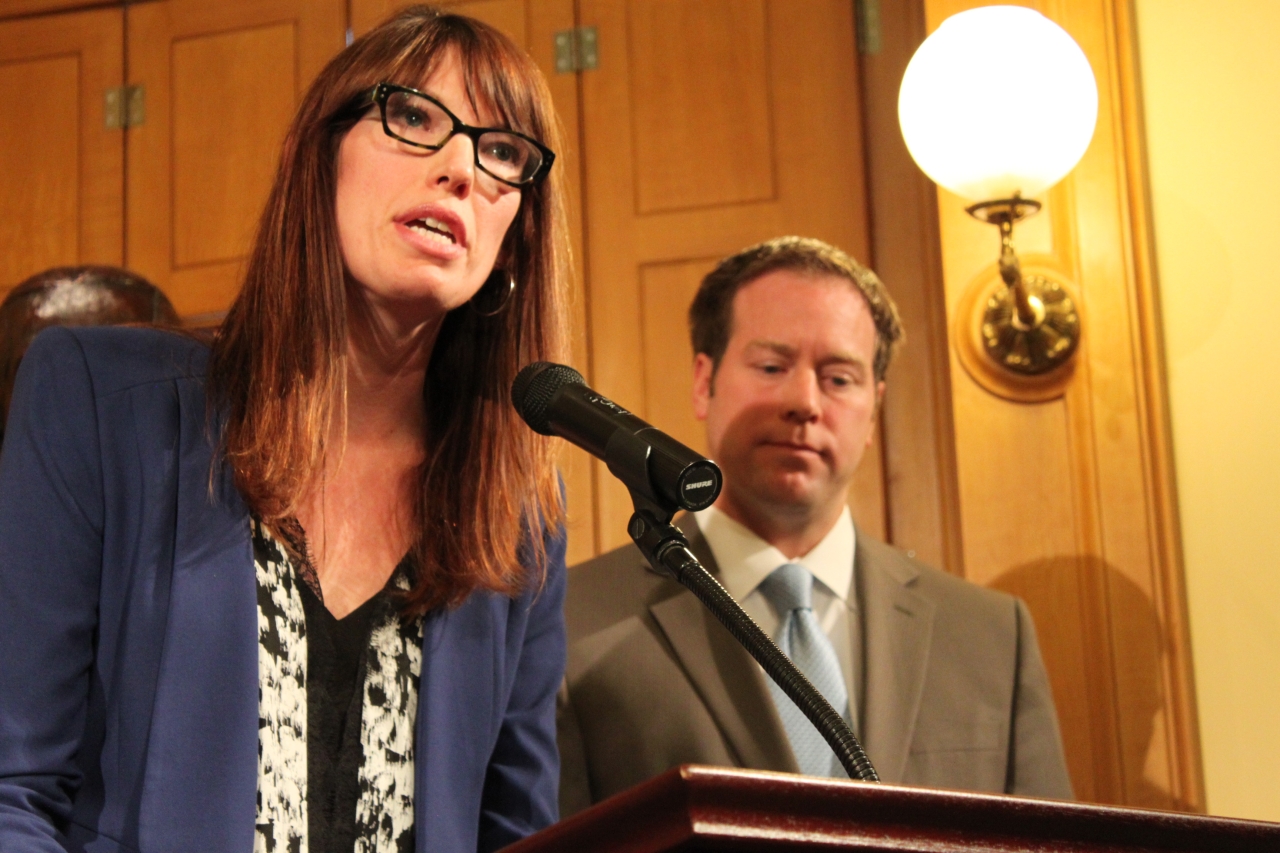 On Tuesday, Representatives Kathleen Clyde (D-Kent) and John Patrick Carney (D-Columbus) revealed findings of the women’s heath informal hearing held on Sept. 18 and further exposed the attacks on women’s healthcare in Gov. Kasich’s budget with Stephanie Kight, President & CEO of Planned Parenthood of Ohio. Reps. Clyde and Carney announced that they will introduce legislation to repeal the controversial and dangerous attacks on women in the state budget. The lawmakers also denounced House Republicans for attempting to suppress all discussion about Ohio women’s health.

“We’re focused on moving healthcare for Ohio women forward, and I think that the GOP attempts to silence us underscore their contempt for a broader discussion about their dangerous decrees for Ohio women,” said Rep. Clyde. “Hiding these harmful provisions in the state budget at the 11th hour, in the dark of night and with no public input is demeaning and degrading to the dignity of Ohio women. But, trying to limit publicly elected officials from speaking out against bad public policy has no place in our representative democracy. Freedom and liberty are fundamental to the health of our nation and to Ohio’s women.”

Reps. Clyde and Carney were joined by Stephanie Kight, President & CEO of Planned Parenthood of Ohio, and Ohio women to discuss the recently passed women’s health laws in Governor Kasich’s budget. Stephanie Kight discussed the negative effects this budget will have on Planned Parenthood patients, as well as patients at other family planning providers across the state. By law, these provisions will be effective on the 91st day following Governor’s signature, on September 30.

“There are concerted, well-funded efforts to put women’s health in jeopardy,” Kight said. “Politics today are eroding the healthcare options available to the women of our communities, and it is those women who are suffering the consequences.”

In addition to defunding Planned Parenthood, provisions in Governor Kasich’s budget include instituting a gag rule keeping rape counselors from discussing all available health options following sexual assault; requiring women to undergo and pay for unnecessary medical procedures including invasive internal ultrasounds; and the targeting of women’s clinics around the state for closure. The proposed legislation would reverse these harmful provisions.

“Women across this state are fully capable of making their own medical decisions with their physicians, just as they make other important decisions every day for themselves, their families and their businesses,” Rep. Carney said. “Governor Kasich, even though he has no medical background, believes he knows better than Ohio women and their doctors. It’s time that Ohioans calls on Governor Kasich to get out of our exam rooms, get out of our delivery rooms, get out of our surgery suites and let evidence based medicine determine the best patient outcomes.”