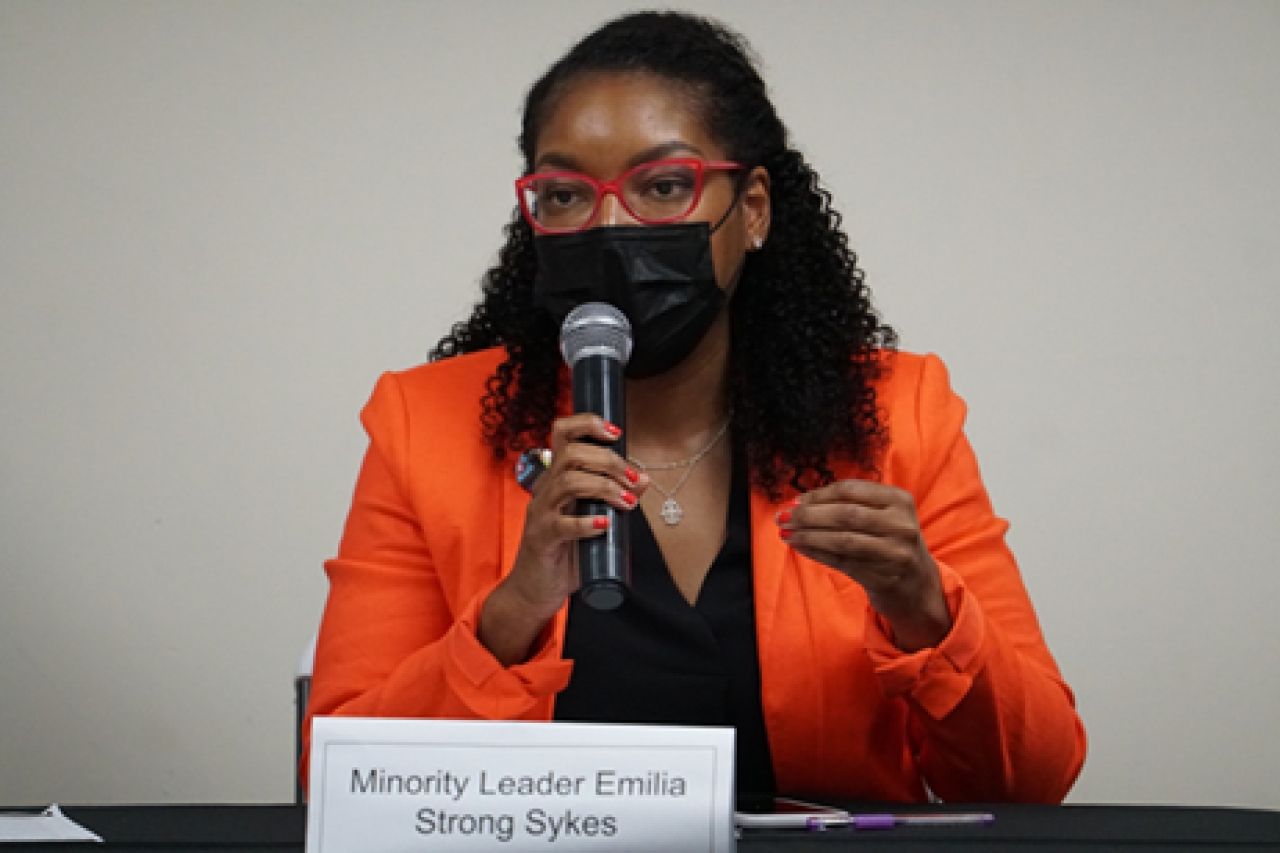 Ohio House Democrats hosted the first of their Freedom to Vote Tour events in Cincinnati Wednesday night. The tour, which has additional stops in Columbus, Akron, Cleveland and Toledo, gives Ohioans the opportunity to share their thoughts and concerns on House Bill (HB) 294, controversial anti-voter legislation that would roll back ballot access and intentionally make the process more confusing for voters.

“Republicans are justifying this bill and others throughout the country in order to support the Big Lie. Rolling back our freedom to vote to support the leaders of the insurrection and domestic terrorism is unjustifiable. Our most fundamental rights are on the line and Ohioans won’t be so easily fooled by Republican fruit from what’s nothing more than a poisonous tree,” said Minority Leader Emilia Strong Sykes (D-Akron).

HB 294 would limit ballot drop boxes, shorten the window to request mail ballots and write into law new reasons to throw out ballots, among other changes opposed by Democrats and other pro-voter advocates.

Democrats announced the tour following a contentious first hearing on HB 294 where the Committee Chair abruptly called an end to testimony from the bill’s Republican joint sponsors as Democrats peppered them with questions about the bill’s origins and its potential impact on millions of Ohio voters.

“As elected officials, our responsibility is listening to folks about their experiences and to use that input to make legislation better. Right now, this legislation takes us in the wrong direction,” said Rep. Brigid Kelly (D-Cincinnati). “Ohioans are rightfully worried about this bill, and when Republicans cut off our time to ask these same questions, we knew we had to take it to the people. Hopefully our colleagues across the aisle will listen.”

The next Freedom to Vote Tour event is in Columbus tonight, Thursday, June 3, at 6 p.m. at the Columbus Fire Fighters, Local 67 located at 379 W Broad St.