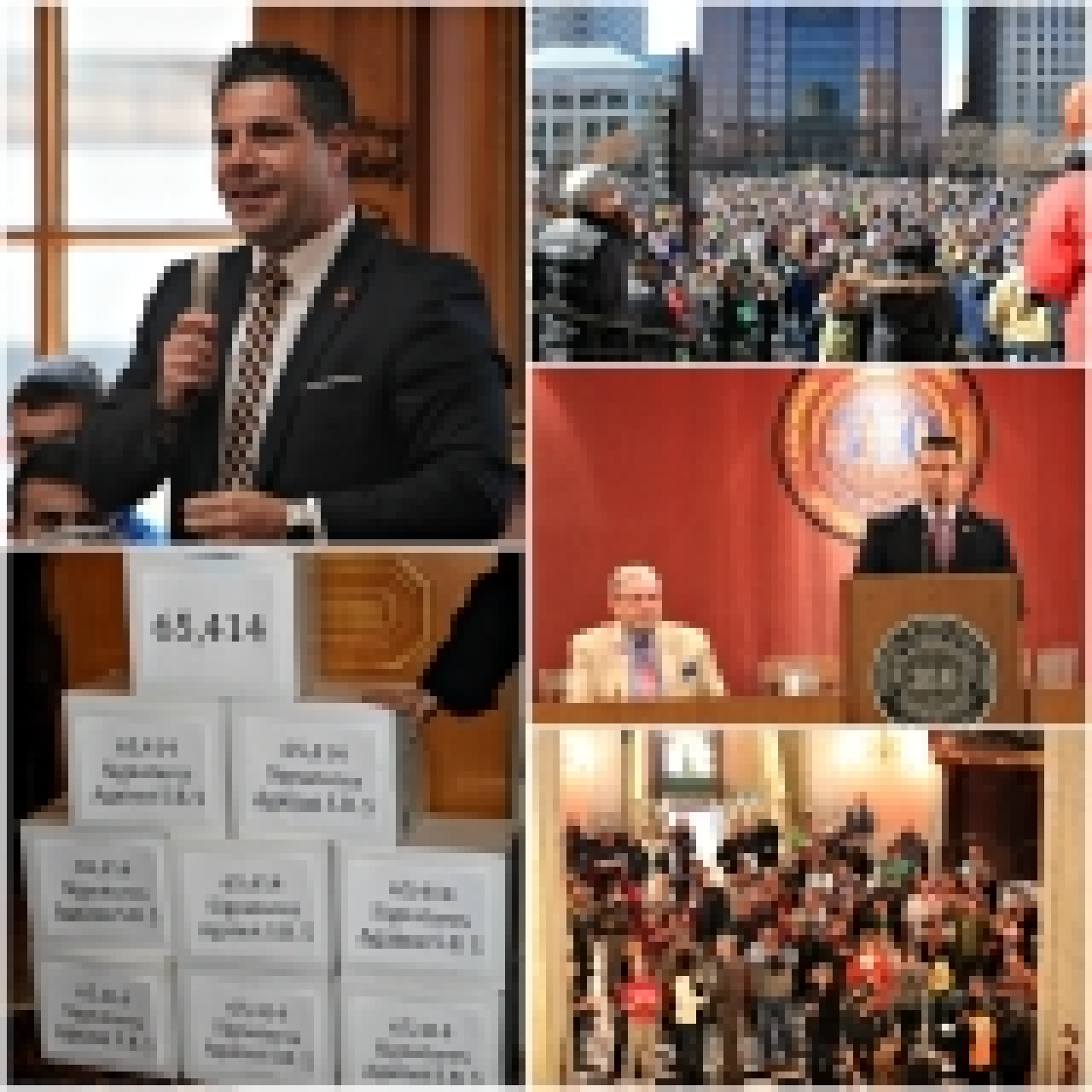 Five years ago this month, Senate Bill 5 was introduced in the Ohio Senate to strip workers of their right to come together and speak with one voice to negotiate fairer wages and safer workplaces.

In the months that followed, tens of thousands of Ohioans from all walks of life traveled to Columbus to rally against the extreme measure, and that fall voters sent a clear message to politicians at the Statehouse when they soundly overturned Issue 2 at the ballot box.

Despite the overwhelming rejection of SB5/Issue 2, Ohio’s working families continue to face legislative attempts by Republicans to gut the prevailing wage law, slash workers’ unemployment compensation benefits to give employers a tax cut, and restrict workers’ right to collectively bargain for fair wages and safe workplaces.

However, the efforts to weaken the middle class and stack the deck in favor of the wealthy few are not limited to just Ohio. In fact, recently the Supreme Court began hearing oral arguments for Friedrichs v. California Teachers Association, a case that threatens to diminish the collective voices of public sector workers like teachers, nurses, and firefighters across the country.

For many Ohioans – indeed, many Americans – the ability to come together to push for safer and more efficient workplaces, and better wages, may be eliminated by the outcome of the Friedrichs case.

Public sector unions are made up of people who join together to make their voices heard on issues that affect all of us: fighting for smaller class sizes; working to make sure we can all retire with dignity; ensuring adequate police officers and firefighters are on duty to keep our communities safe; and making sure that employers understand that we are working harder and harder just to get by.

The outcome of the Friedrichs case may change all that.

A group called the Center for Individual Rights – funded in part by the right-wing billionaire Koch brothers – has helped push this case that attempts to overturn more than thirty years of established precedent that says public sector workers have the right to join together and speak with one voice.

Current law has formed the foundation for people to work together for more responsive public services — better outcomes in the classroom for our kids, quicker response times in emergencies, and better staffing for hospitals — and more vibrant communities

At a time in America when inequality is greater than ever – when corporate CEO’s are making 300 times more than their average employee and hardworking families are struggling to put food on the table, plan for their future, or send their kids off the college – instead of tipping the scale even further in favor of the wealthiest Americans, we should be doing everything we can to support and grow the middle class.

I believe that everyone who works should be able to make ends meet, have a say about their futures, and have the right to negotiate together for better wages and benefits that can sustain their family.

I urge the U.S. Supreme Court to reject the attempt by wealthy special interests to further stack the deck against the middle class. The future of our communities depends upon it.