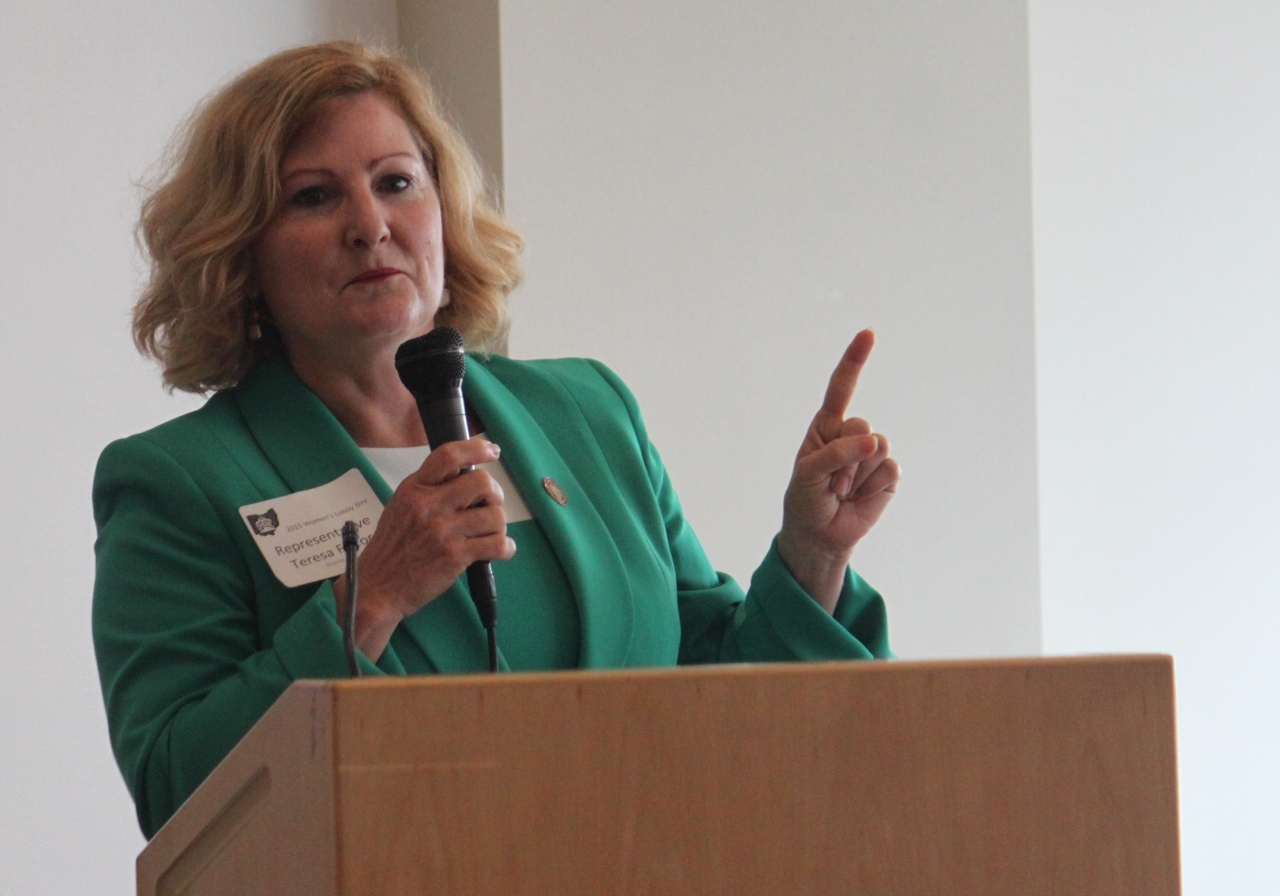 The Ohio House Democratic Women’s Caucus (OHDWC) today gathered with women from across the state to discuss and lobby for policy solutions to challenges Ohio women face. In its fifth year of existence, the event featured guest speakers, a lobbying seminar and policy briefings from women legislators. The group focused its efforts on equal pay, workplace discrimination, infant mortality and domestic violence.

“Every day in the legislature, important decisions are being made that affect women’s access to healthcare and economic opportunity,” said OHDWC Chair Teresa Fedor (D-Toledo). “By bringing together women from across the state we can engage in thoughtful dialogue on how to overcome the challenges women and working families face in Ohio, and we can empower Ohio’s women to engage with decision makers.”

Several women lawmakers took the opportunity to address participants about legislation they have introduced that would positively affect women and working families in Ohio.

The Women’s Lobby Day coincides with the release of a new report that shows Ohio continues to lag behind much of the nation in terms of gender equality. The Status of Women in the States report, released by the Institute for Women’s Policy Research, ranked Ohio 27th in access to healthcare, 30th in poverty and opportunity measures, and 39th in health and well-being. Ohio didn’t receive a grade higher than C in any category defined by the report.

The mission of the Ohio House Democratic Women's Caucus is to develop and pass policies and legislation that improve the lives of Ohio women and their families; to identify and support emerging women leaders by serving as mentors; to educate and empower women and increase women's involvement in public life and in the Ohio General Assembly.

Here is what other Democratic lawmakers are saying about Women’s Lobby Day:

“Women constantly have to fight against unfair barriers that limit their professional success. The Equal Pay Act is a meaningful step toward protecting women from the structural discrimination that has plagued their workforce participation for far too long.”—Rep. Stephanie Howse (D-Cleveland)

“This legislature spends an awful lot of time and energy placing restrictions on women’s personal healthcare decisions. If we want to be serious about preventing abortion in Ohio we need to devote more resources to providing better education and greater access to contraception – it’s as simple as that.”—Rep. Michele Lepore-Hagan (Youngstown)

“The Equal Pay Act addresses the undeniable problem of women being systemically undervalued and underpaid for their work. It is our responsibility to Ohio women to eliminate any barriers standing in their way, including unequal treatment in the work place.”— Rep. Kathleen Clyde (D-Kent)

“It is imperative that women in Ohio feel empowered in their personal lives and in the justice process, but current state law leaves Ohio in the dark ages. Access to justice is the first step in empowering Ohio’s women and the changes I have proposed regarding domestic violence, rape and sexual assault will help women gain access to the justice they deserve.”— State Rep. Greta Johnson (D-Akron)

“As women, we always make it happen. Whether its paid leave or unpaid leave, somehow we always make it work. Despite this, we need to address the burden that unpaid leave places on families. The majority of young children depend on the income of working mothers, who are increasingly likely to be the primary breadwinners in their families. Paid maternity leave policies preserve income and also increase health outcomes for women and their children.”— Rep. Christie Kuhns (D-Cincinnati)

“Pregnant women already face many challenges – losing their job should not be one of them. I am hopeful that Ohio will join the 15 other states that value their female workers and outlaw termination or discrimination based on pregnancy.”—Rep. Denise Driehaus (D-Cincinnati)

“We must alert our physicians and stand united with them against this kind of legislation, which limits their capacity for care and our personal and constitutional right to make our health care choices.”—Rep. Janine Boyd (Cleveland Heights)