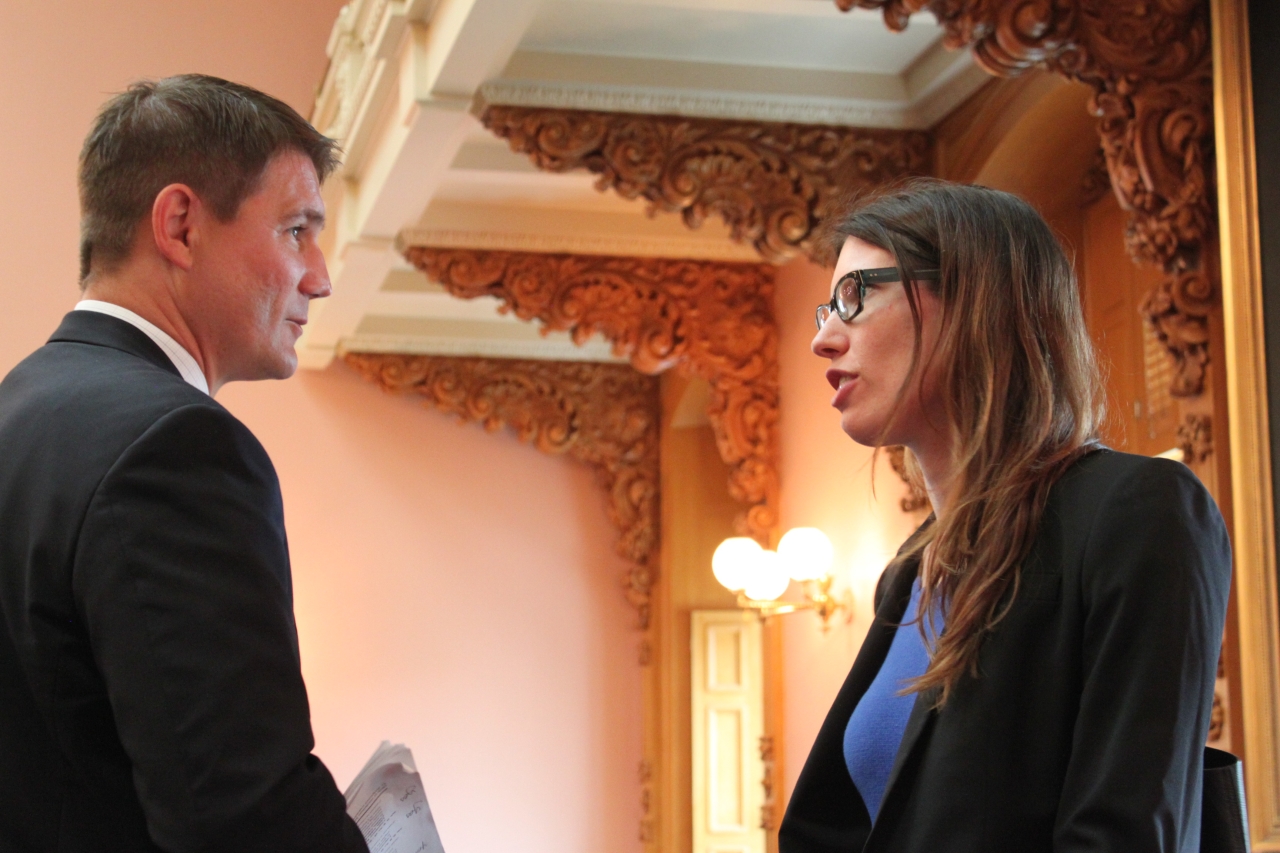 “Ohio must stop putting our voters’ personal information at risk,” said Rep Clyde. “Our Secretary of State must stop sharing Ohio voter data, including the last four digits of Social Security numbers (SSN4), with Secretary Kris Kobach’s Interstate Crosscheck program, a pre-cursor to the president’s so-called Election Integrity Commission. And Secretary Husted must assure Ohioans that voter data he has already shared with Kobach will not be used for the president’s sham voter fraud commission.”

Secretary Kobach has made a career of suppressing the vote and has been aided by Secretary Husted and the Ohio GOP since 2013. That’s when the Ohio GOP passed Senate Bill 200 to allow Ohio’s voter data to be shared and Secretary Husted joined Kobach’s Interstate Crosscheck program where 30 states trade voter data and falsely flag millions of voters as suspicious.

Two weeks ago, in a bipartisan display, chief election officers from almost every state in the country made the right call and rejected Kobach’s efforts to collect the personal information of American voters for the sham commission. But what’s unknown to most is that many of those same states have already been providing that personal data to Kobach’s Interstate Crosscheck program.

Thirty states are members of the Crosscheck program in which they send their voters’ personal information, such as SSN4, to Kobach to be loosely matched with voter names from other states. The matching system yields millions of false positives, labeling black voters as suspicious at a disproportionately higher rate compared with white voters. Some states use the results to purge their voter rolls. Since joining in 2013, every January, Secretary Husted has sent all of Ohio’s voter records, including SSN4, to Kansas for processing.

“I call on Secretary Husted to end Ohio’s participation in the anti-voter Kansas Interstate Crosscheck and stop giving Secretary Kobach Ohio voters’ personal information,” said Rep. Clyde. “Further, Ohio’s data acquired through Crosscheck from 2013 onward must not be turned over to the president’s sham fraud commission. The GOP obsession with over-policing our voter rolls is uncalled for and harmful to our democracy.”

Rep. Clyde has been working on the voter purge issue since she took office in 2011. She convened a panel of voting rights experts on the Crosscheck program in 2013, before Ohio joined, and has introduced multiple bills to address voter purging. Ohio’s memorandum of understanding with Kobach’s Interstate Crosscheck can be viewed here.  An explanation of Crosscheck can be found here.