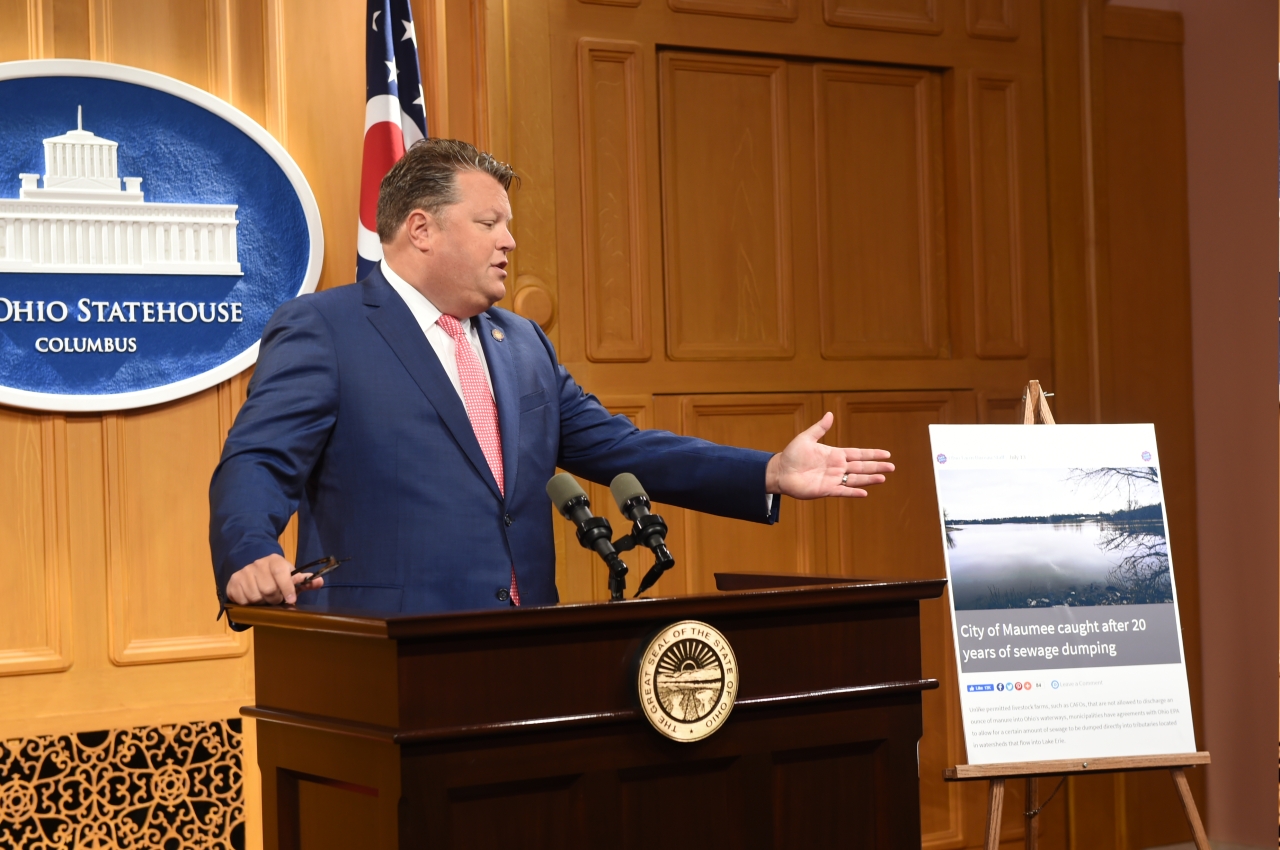 Cities would be banned from dumping sewage into Lake Erie and face stiff fines for violations under legislation proposed by State Representative Jon Cross.

The move follows revelations the City of Maumee has been dumping as much as 150 million gallons of sewage each year into the Maumee River for the past 20 years – far exceeding their allowable limit.

Algae blooms in Lake Erie, in particular the lake’s western basin, have been a major focus of policymakers in recent years. Farmers, Cross said, have been unfairly singled out as a cause of algae blooms.

“Instead of blaming northwest Ohio farmers, we should thank them for their work to help reduce Lake Erie algae,” said Cross (R-Kenton). “The vast majority of farmers are good stewards of the environment.”

"We need to shoot one across the bow and take this bill and shove it right up their sewer pipes to catch their attention, enough is enough," said Cross.

Under Cross’ bill, cities would face a fine of $250,000 for a first offense of knowingly violating the law, with a $1,000 per day fine of ongoing dumping. An additional $1 million would be added to the fine if the discharge exceeds 100 million gallons within a 12-month period.