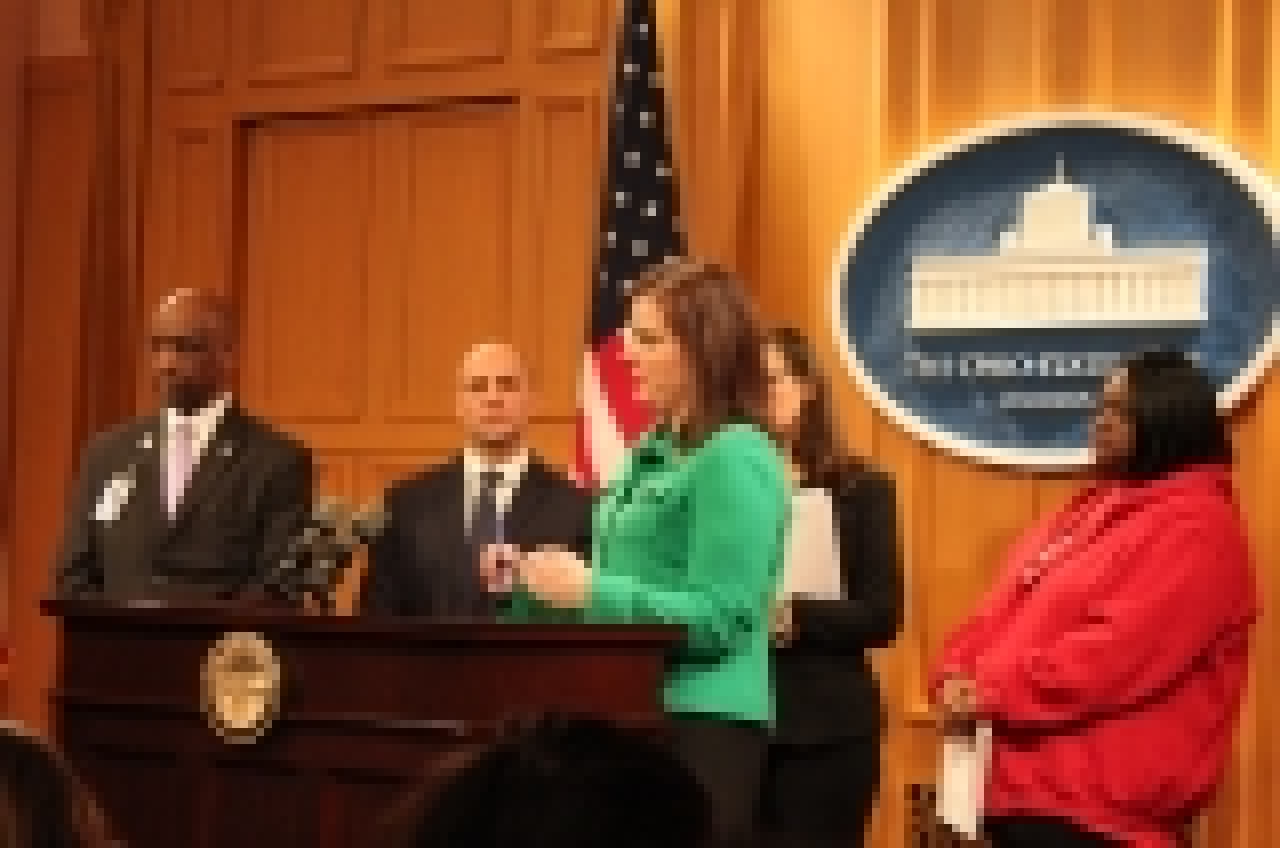 “A job should lift you out of poverty – not keep you in it,” said Rep. Kelly. “America is supposed to be the land of opportunity, but too many people in Ohio know it doesn’t matter how hard they work, they still have to live paycheck to paycheck to make ends meet. By modernizing our minimum wage, more people can earn the opportunity for a better life.”

Today almost 70 percent of new jobs in Ohio pay poverty wages. And an Ohio family of three with a breadwinner who works full-time at minimum wage makes $3,500 below the poverty line, according to Policy Matters Ohio.

“When companies pay low wages, that costs the taxpayers,” said Senator Thomas. “That’s because low-wage workers are forced to rely on social safety net programs to make ends meet. When we raise the minimum wage, we recognize the dignity of work and the belief that all workers deserve the opportunity to build a better future for themselves and their families.”

Small businesses agree that an increase in income for low-wage workers is good for business. A 2014 survey found that small business owners believe raising the minimum wage will increase consumer purchasing power, boost the economy and increase productivity.

“Raising the minimum wage is good for our economy and good for business,” said Senator Schiavoni. “When people are bringing home more money, they spend it in their local economy. That means increased demand for goods and services creating more jobs.”

Despite the myth that minimum wage earners are young people, 88 percent of Ohio’s minimum wage workers are over 20. According to the Economic Policy Institute, the average minimum wage worker is a 35-year-old woman with some college education working full-time. Raising the wage helps women and their families. If Ohio increases its minimum wage, nearly 700,000 Ohio children will have a parent who gets a raise.

“No one who works full-time in our state should have to live in poverty,” said Chaundra Kidd, a Cleveland-area nursing home employee. “Working people deserve a wage that allows them to provide for their families. Raising the minimum wage gives workers a fighting chance for a better future.”

Ohio’s minimum wage currently sits at $8.30 per hour and $4.15 per hour for tipped workers. The companion legislation being introduced by the Democratic lawmakers would take a tiered approach to raising the wage, calling for $12 per hour in 2019, $12.50 in 2020, $13 in 2021, and 50 cents every following year until 2025 when the minimum wage reaches $15 per hour. The minimum wage would continue to be adjusted upward for inflation every year following, according to the Ohio Constitution.

Lawmakers cite the Ohio General Assembly’s 2016 ban on local communities raising the minimum wage as a primary reason why this bill should move through the state legislature.

The lawmakers are currently circulating co-sponsorship requests to gain support from fellow lawmakers prior to formal introduction.